Man, I really got bent over a barrel at the monthly card show today. I really need to be better at basic math, or at least remember to utilize the calculator on my phone. Anyways, overpaying aside, I picked up a bunch of ok cards. I mean, it wasn't that bad. Each card I bought today cost me 70-something cents. Let's check out some highlights. 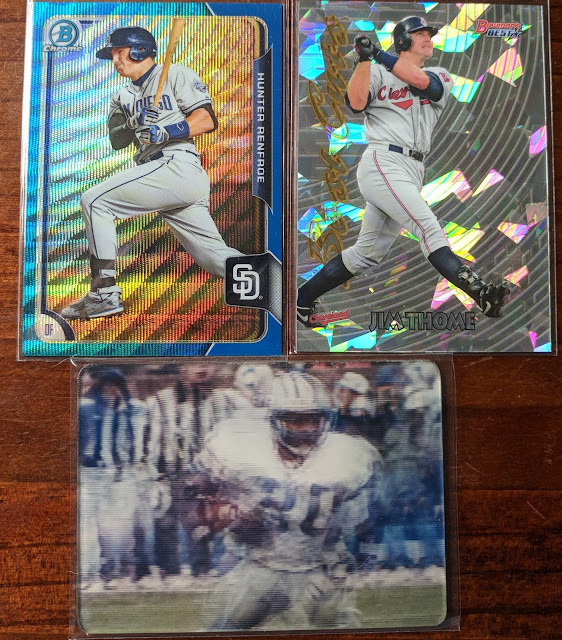 A few nice rookie cards of guys I collect. The cheapest of that tongue-out Springer on COMC is $7, so that might be my deal of the day. 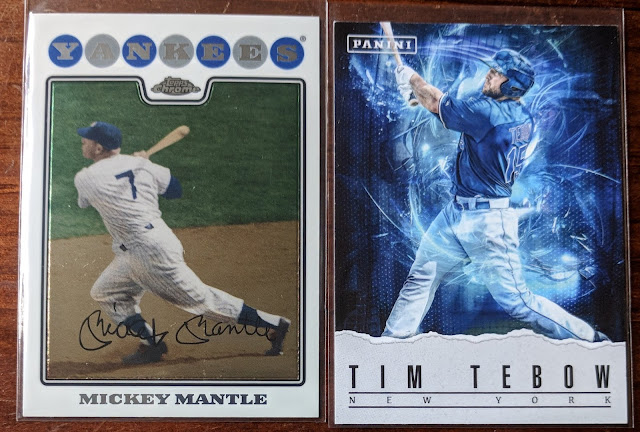 A coupe kings of New York, including my first Tim Tebow card. Hey, laugh at me if you want, but the cheapest one of those on COMC is $5.24. (That's my last COMC mention of the post, I promise.) 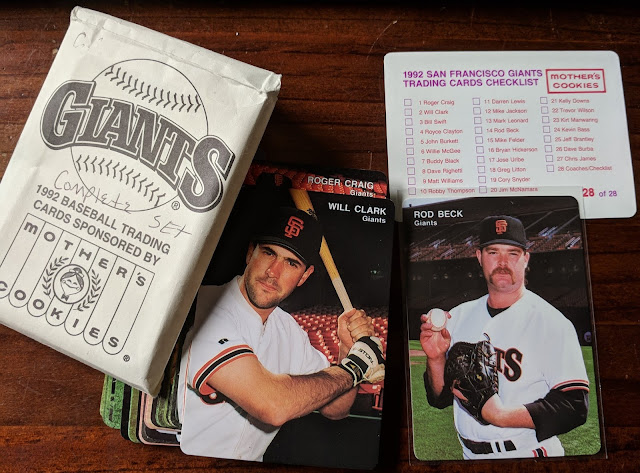 I got this complete set of 1992 Mother's Giants just for the Rod Beck card I needed. The rest are available for trade. (I actually got a fair amount of trade bait at the show, but the rest will wait for a separate post.)

Low-numbered early-00s cards of first-ballot HOFers for less than a buck? Yes, always. Love those Sportscasters. 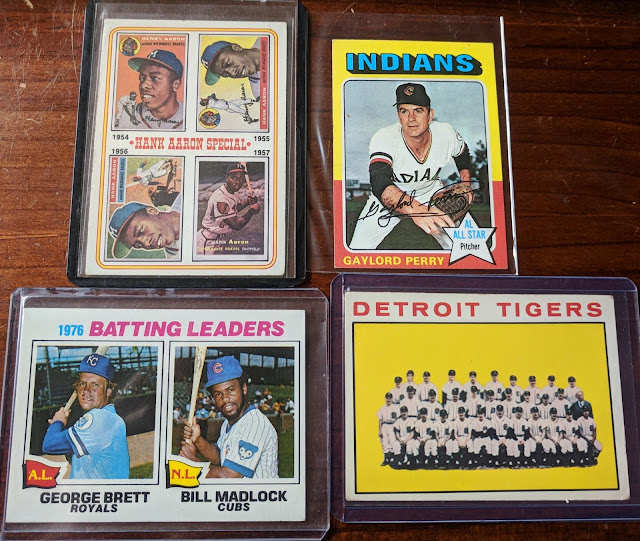 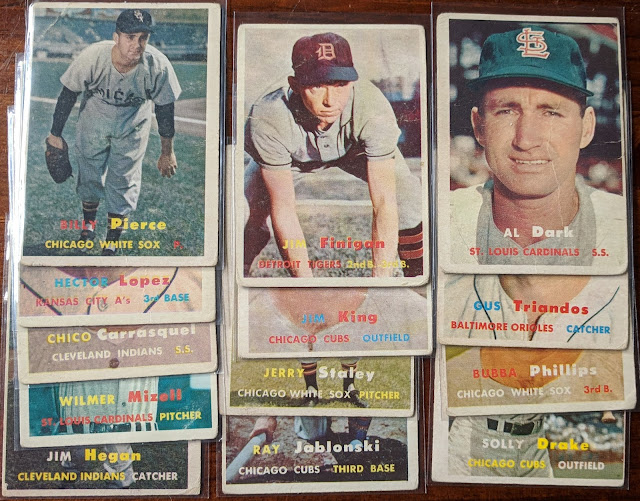 And a baker's dozen of 1957 Topps needs, including familiar names Billy Pierce and Al Dark. These 13 were from the 50¢ box, and the old-timer said, "How about $10?" And not thinking and in kind of a rush (my wife had dropped me off at the show, taken our dog to play at the river, and then was back to pick me up right then) and just said, "Sounds good to me." Pulled out a couple fives and in doing so basically gave the guy a $3.50 tip. Didn't realize it till later. Whatever, he's given me deals before. And if I give him shit about it next time I buy from him, he'll probably cut me a deal to balance it out. (Still not a bad deal, even with the overcharging.) 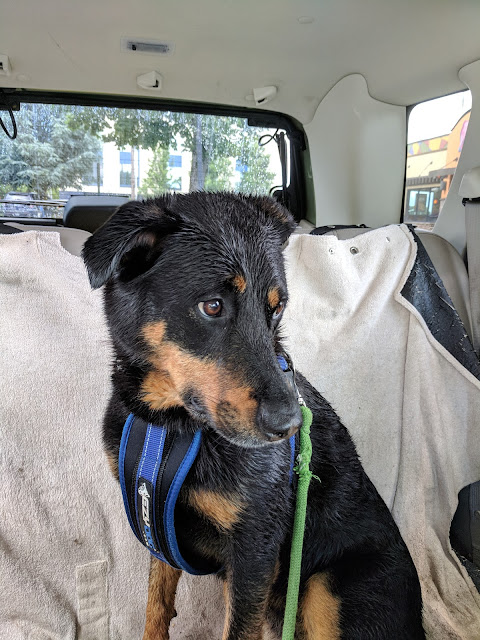 Driving home from the show with a happy, soaked dog.

So yeah, maybe "castration" was overdoing it, but it fits in with my thing of titling card show posts "Card Show (C-word)" ..but no, not the C-word, lol. But you know what I mean. (Card Show Crapulence, Card Show Chiropractic, Card Show Khlav Kalash, etc.)

Thanks for reading. I'll try to get a trade bait post up tomorrow.
Posted by defgav at 3:38 PM