Here are a few cards of my own making that I've whipped up recently. 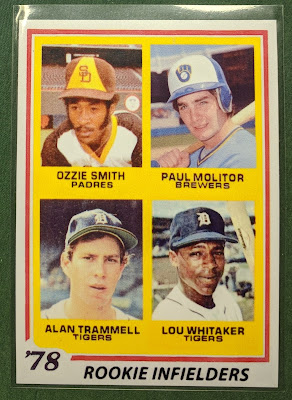 Credit goes to Gio at WTHB for the inspiration for this custom. He posted a version of this '78 "dream card" (feasibly squeezing Ozzie Smith and Lou Whitaker onto the iconic Paul Molitor/Alan Trammell rookie) that made me want to print out a copy of my own. I ended up putting my own spin on it with some alterations, but still have to give him credit for the great idea. 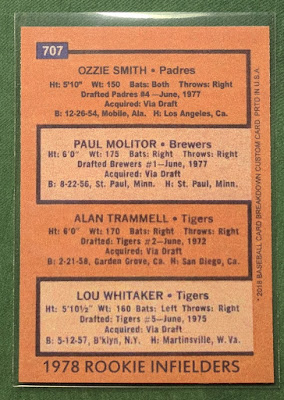 I even gave it a full back too. 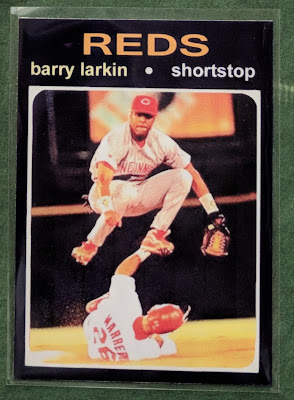 I made this "1971" Barry Larkin a while back as a surprise bonus to throw in a trade with a Reds collector. I like making customs that I can get good mileage out of, giving copies to multiple trader buddies. Like with this one, Reds fans might get a kick out of it, plus I could also send one to Dennis (University of Michigan guy) and another to Jedi Jeff (double play photo). 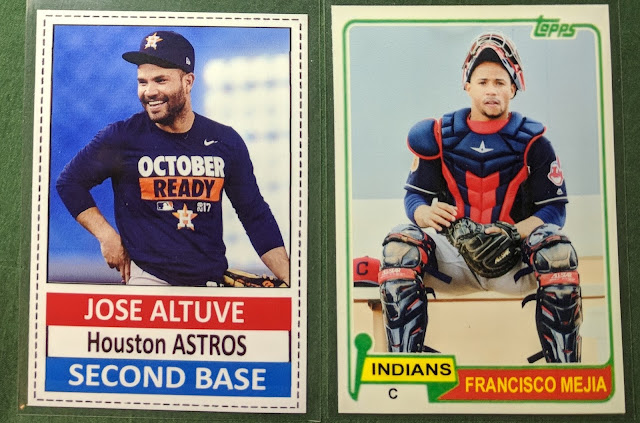 A pair of cards I made for Julie a couple months or so ago. I may have posted these already, but they're pretty cool, so here they are again.


While I didn't make this song nor this image, I put the two together and uploaded it to YouTube per request by somebody on the Calamine facebook page looking for this song (coincidentally also by a woman named Julie), a rare demo version of "More Sad Robots". It's a good one, if you like sparse, desolate music best listened to in the dark late at night. 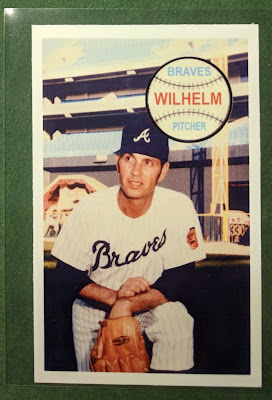 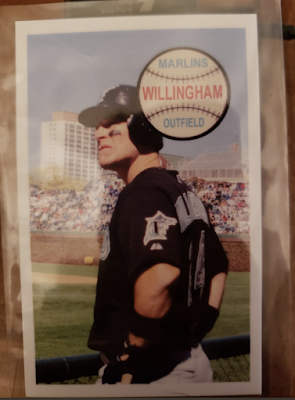 I made a couple 1970 Kellogg's style cards, including a Hoyt Wilhelm "that should have been" (he was not included in the cereal set that year, and his '70 Topps card with the Braves was a logoless airbrush job) and a 1/1 Willinghammer for Wes. These obviously don't have the "3D effect" of the originals, but are otherwise similar to the cards from 1970. I even tried to "curl" the Hoyt copy I sent to Dimebox Nick to give it some pseudo-authenticity, but I'm not sure it got the point across. haha

Looking into it, I've only found a couple real cards where Hoyt is featured in a Braves uniform: 1971 Topps oddball "Baseball's Greatest Moments" (want!) and 2001 Topps American Pie (have!). His 1971 OPC card lists him as a Brave, but he's pictured as a Cub. 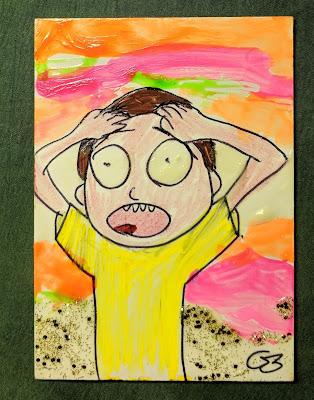 If you're a Rick & Morty fan, you're probably aware that Cryptozoic Rick & Morty Season 1 cards were released earlier this week. I love the show and seriously considered picking up a box, but the prices were nearly $200 for a hobby box that promised you a sketch card and maybe an auto or second sketch card. I ultimately decided I didn't like that price-per-value and decided to just make my own sketchcard, saving myself a couple C-notes. Here's Morty freaking out over a predicament he finds himself in. While it obviously isn't on par with the artistic quality of officially released sketchcards, can't beat it for the price! LOL. And being one of my sketchcards, you know there's a pretty good chance it glows in the dark... 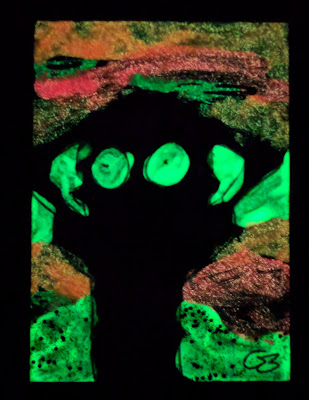 Turned out pretty decent! Looks sort of like Munch's The Scream. I should do more Rick & Morty sketchcards if I think of it. I suck at drawing actual people, but if I stick to cartoons and robots, my results aren't too bad.

So there are some recent creative endeavors of mine. (Legal disclaimer: None of this stuff is for sale; just made for myself and/or as gifts for a very small number of my collector friends.)
Thanks for stopping by and have a great weekend!
Posted by defgav at 3:54 PM