Mr. Cub in the house 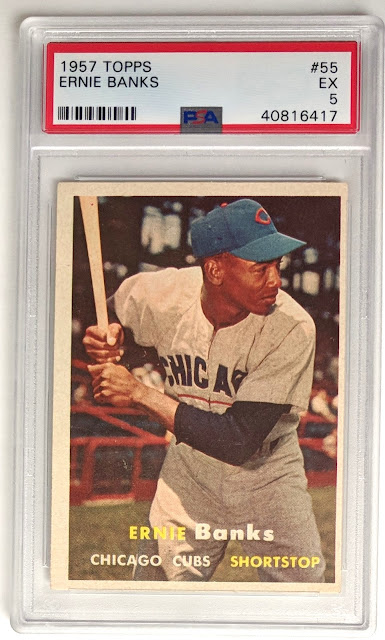 Really happy to add this one to my 1957 Topps setbuild. You gotta love Ernie Banks if you're a baseball fan. Terrific player and one of the nicest guys you could meet, by all accounts. 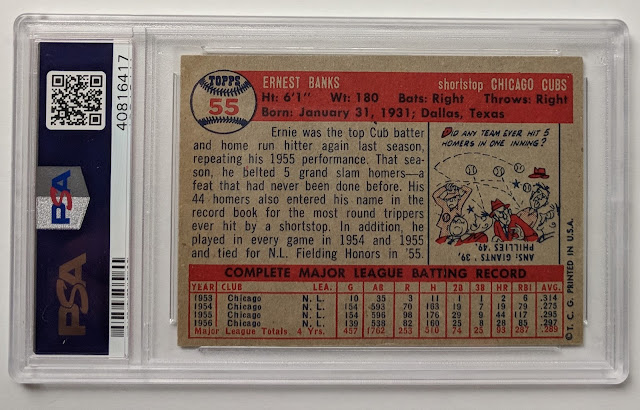 This is now, and will likely always remain, my earliest Ernie Banks card.

Let's turn this into a PC post and show the rest of my little Mr. Cub collection. 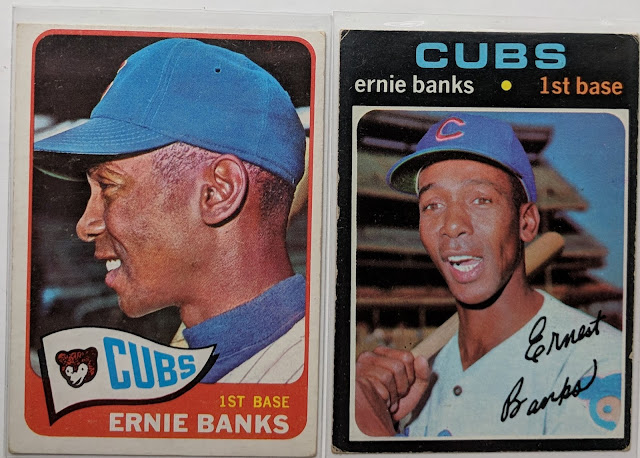 Plucked these out of my complete sets for the sake of this post, though I don't have dupes for the PC. 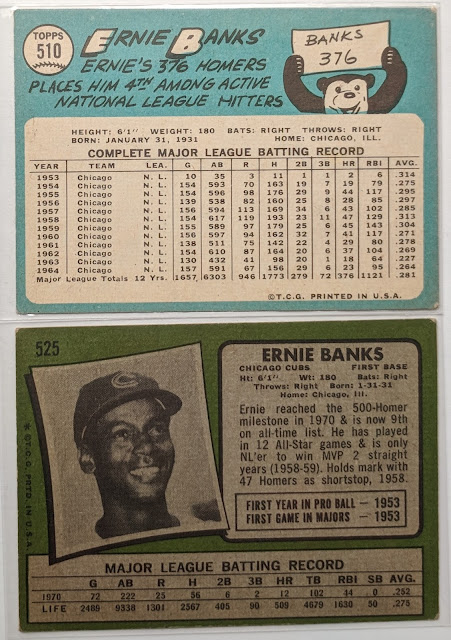 Still need the Banks for my '64 Topps setbuild. (And I'm still on the fence about going after '59 Topps or not, but I guess I'll decide after I finish off '57 and '64, the 2 vintage sets I'm currently working on.) 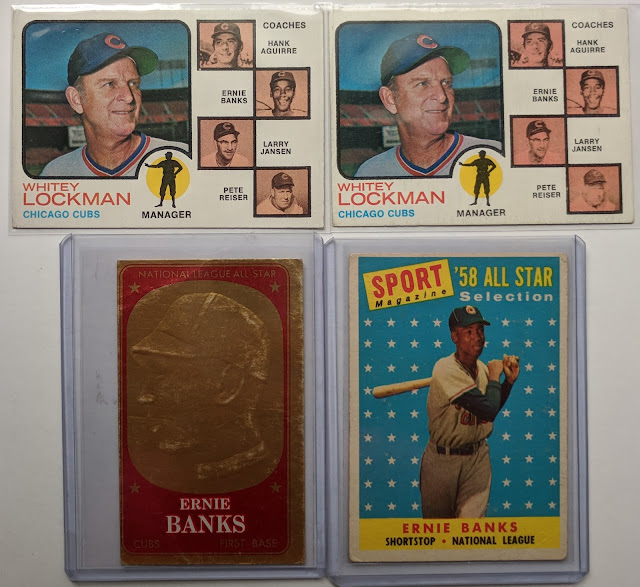 Some more vintage here. The '73s are from the PC (not the set, this time). I sorta count them as variations for the difference in rust color and picture contrast with the coaches. The '58 All-Star was part of a Summer of '74 contest win a while back. 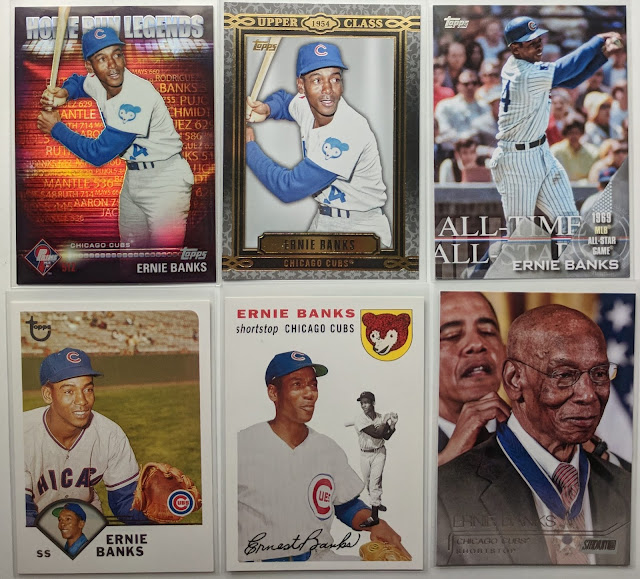 A few modern Topps cards. I'll bite my tongue making a political comment, though I will say last night I had a freaky nightmare about a federal goon squad attacking my home with a flamethrower because we were seen as not being loyal to the current administration. 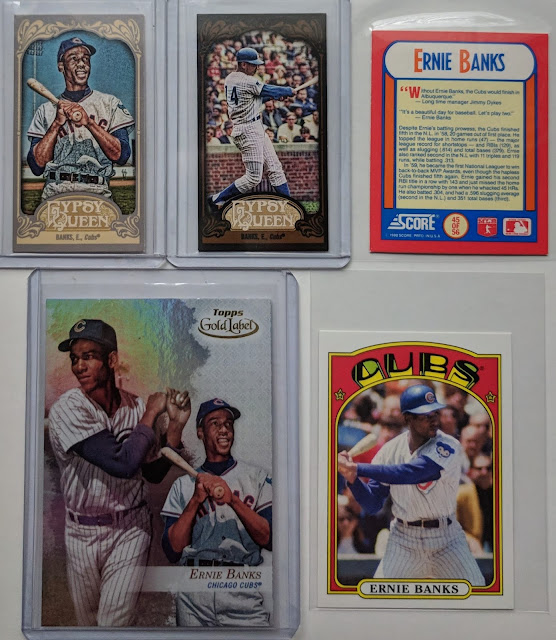 Some minis and a Gold Label. 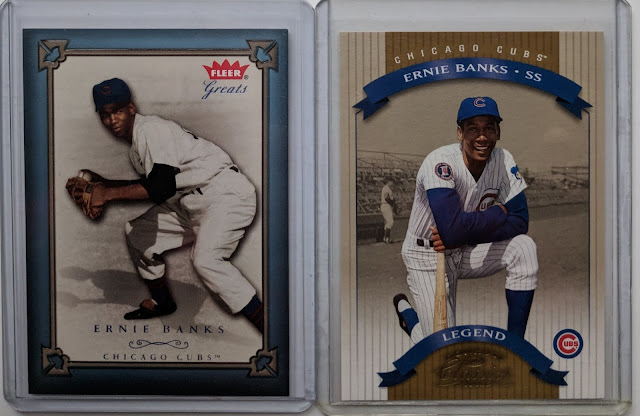 A couple numbered cards from the aughts. 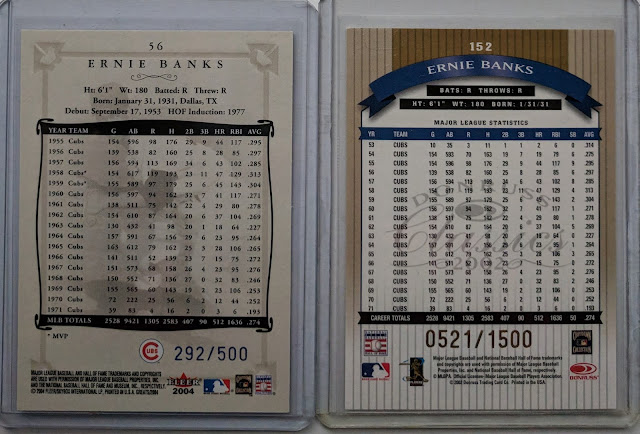 I think these were card show pickups where I originally figured I'd trade them to a Cubs fan at some point, but ended up keeping them for myself. 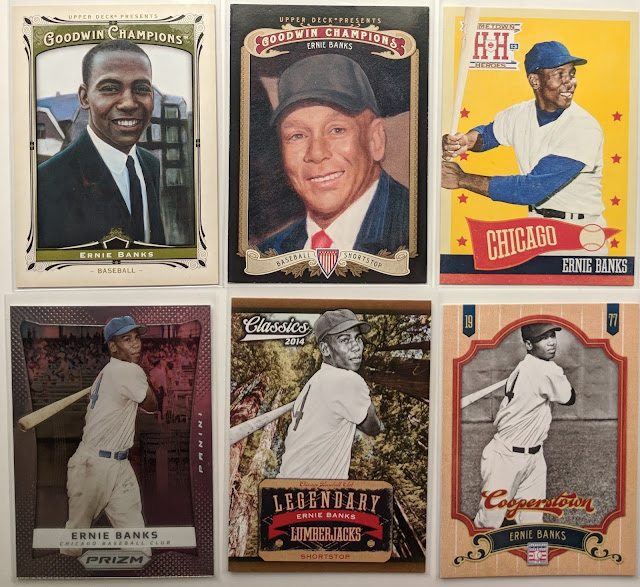 If you're a fan of unlicensed cards, here's a selection of cards just for you! 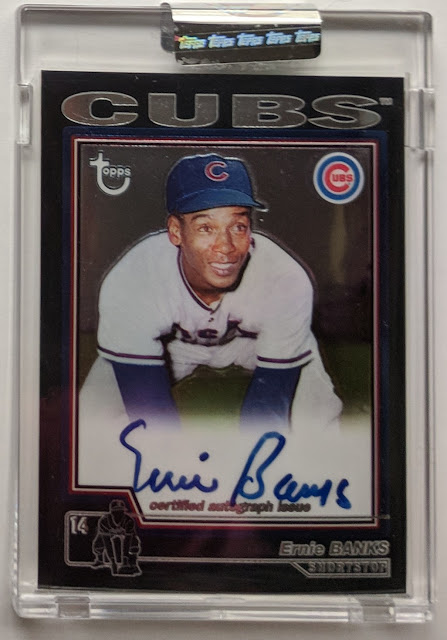 My best Ernie Banks card is probably this 2004 Topps Retired auto. Still keeping an eye out for the refractor parallel. 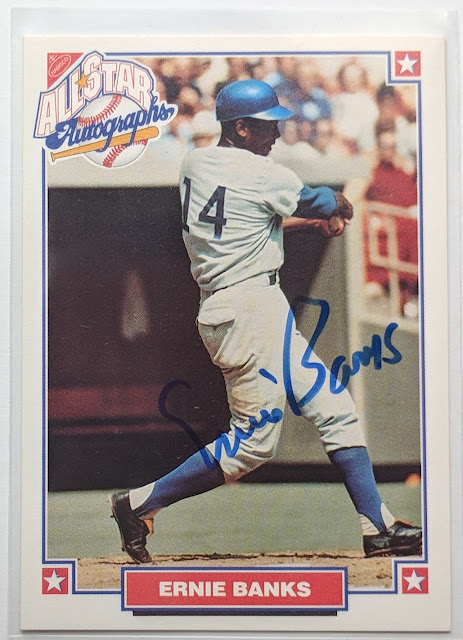 My first auto was from back in the early 90s with this Nabisco mail-in offer. I actually got two of these (and Don Drysdale). I've since given the extra away in a contest on the blog a while back. And hey speaking of contests, "let's play two".. I've got a dual contest going right now, so go get in on the action if you haven't already.

Ernie Banks has never really been a top tier guy I collect, not for any knock against him other than I already collect so many players, though I do passively collect him. Maybe now that guys like Tom Seaver and Mike Schmidt have made it into my Hundred Card Club, I should put more of a focus on Mr. Cub and work toward getting him into triple digits in my collection, too. Still a ways to go, with just a little over a quarter of the way there so far.
Posted by defgav at 4:05 PM