Many ghost whales for me are short-term stop cards. Like Willie McCovey on the A's... I sure would love to have a real (not a custom) card picturing Stretch during his brief stint in Oaktown. But as far as I'm aware, no mass-produced cards of that nature exist. Maybe someday. But for now, it's a ghost whale.

Another ghost whale I was hoping would pop up someday was a refractor reprint of Tony Gwynn's 1983 Topps rookie card. Yeah, I know Topps have driven reprints into the ground, and generally speaking I'd be in favor of Topps putting a moratorium on putting out any more reprints for a long time. But a while back, I noticed that although I've got several reprints of the '83 Topps Gwynn, none of them were refractors. And as it's human nature to want that which you do not possess, I started really wanted a refractor reprint of it. Hey, it's the most iconic card of my favorite player.. I was curious to see that classic butt-shot with some rainbow shine on it. Looking around on eBay and COMC, I couldn't find one.**

Then a few days ago, Topps Cards That Never Were posted about a factory set of 2019 Topps that included some Target exclusive bonus refractor reprints, and one of them was Tony. I asked Jeremy if it was available for trade, and a week or so later it showed up in my mailbox. Looks great! 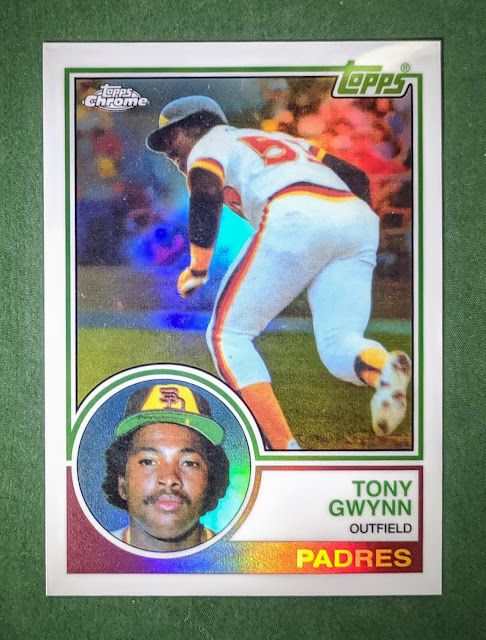 A card so nice, let's look at it twice! 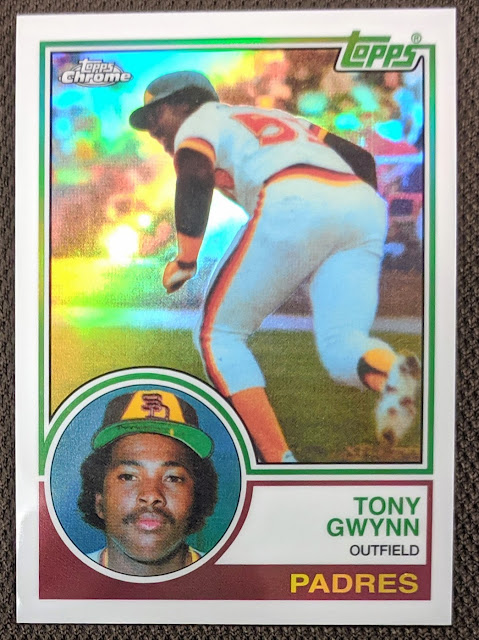 That's a ghost whale checked off!

**In working on this post, I found one sold-out on COMC that might also fit the bill.. 2014 Topps Chrome - All-time Rookie Reprints ..but that seems to be pretty rare (can't find one currently for sale) and I'm not positive it's a refractor.. might just be a regular chrome reprint. 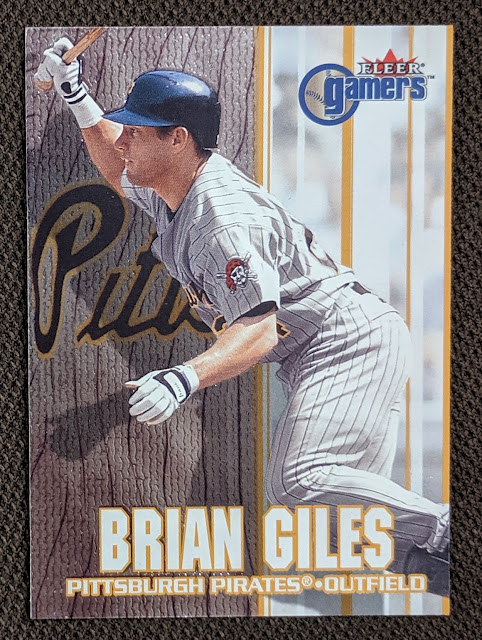 A Brian Giles card was along for the ride in the PWE as well. Sweet!

Big thanks, Jeremy! I've sent you back a couple cards I hope you like.
Posted by defgav at 4:30 PM