Sorry for that post title, I just thought it was funny. 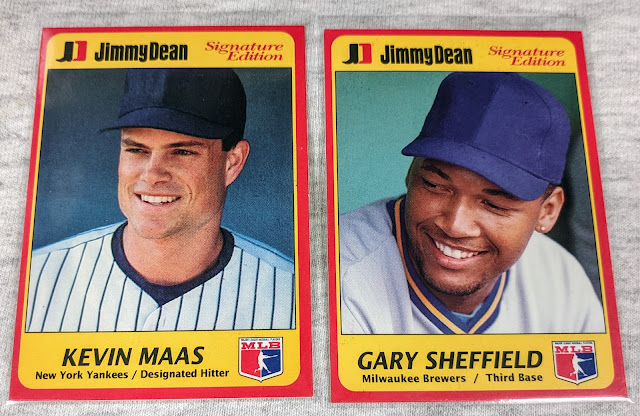 Nice smiles on this pair of Jimmy Dean cards. 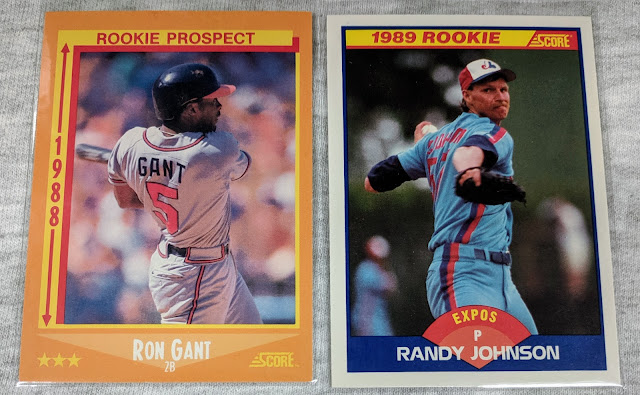 That Ron Gant rookie was among my most cherished cards in my early days of collecting.
Cool to hear Randy Johnson get namechecked in a recent Letterkenny episode. 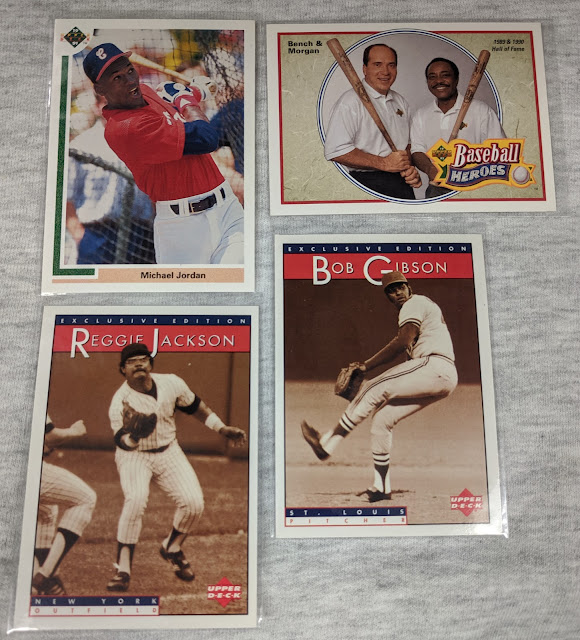 Surprised to find that Michael Jordan "SP1" for just 10¢. That was a very hot card for a while in the early 90s. Still today, looks like the cheapest one on COMC is $2.70. (I think I've got like 4 of them at this point [one I pulled myself back in the day, plus 3 I picked up at card shows because they were too cheap to pass up], so if anyone wants to trade for one, just let me know.) 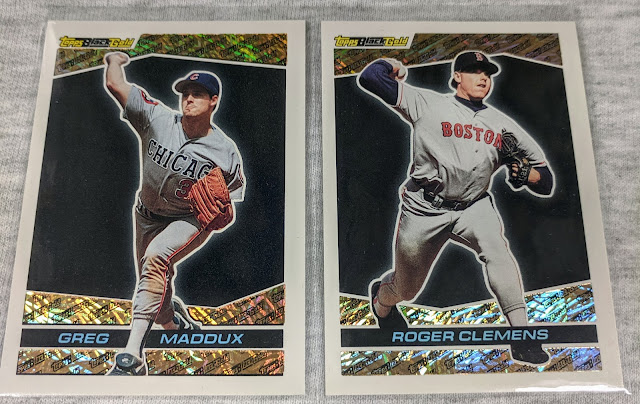 1993 Topps Black Gold cards are great to find in dimeboxes. 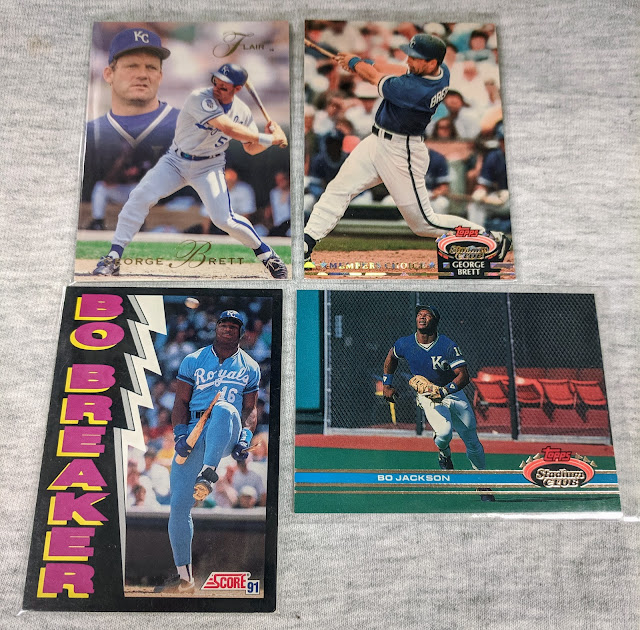 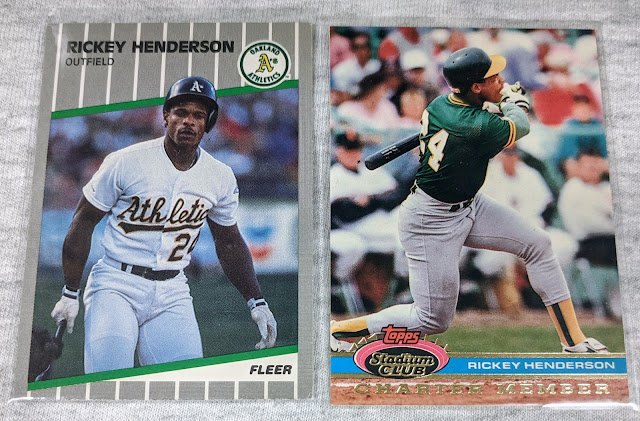 Rickey in the house.

More dime cards for my stack. 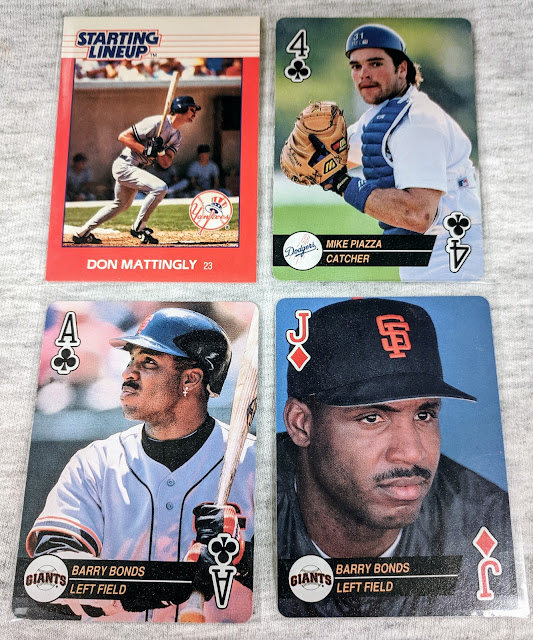 Do those 2 oddballs on the bottom look small and shriveled to you? 😉 Sorry, dumb joke. 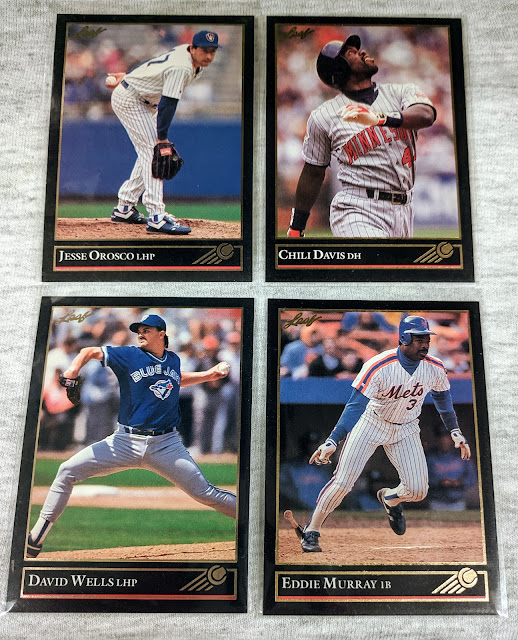 Note to self: Add "building a full set of 1992 Leaf Black Gold parallels" to my collecting to-do list. These cards are masterpieces! I'm kind of having an epiphany while typing up this post. I already love the 1993 Topps Black Gold inserts, so makes sense that I'd also be a big fan of the Black Gold cards that preceded them. Why have I denied my heart for so long? So yes, let this be my official announcement of the intention to collect a complete set of 1992 Leaf Black Gold!

That's it for now. Next post of these will likely cover late 90s through early 00s.
Posted by defgav at 1:12 PM