I passed on going to the monthly card show today for a few reasons-- weather was crappy, I already had family lunch plans, it's December and the show is in a mall, and plus I've added a ton of new cards in the past couple weeks thanks to generous trade partners, so that's not a bad card show stand-in. In the interest of time, I'm just going to briefly run through these incoming card packages, though each of them could fill a post to themselves without much trouble.

First up is the latest bunch of cards from Bo.

Great lot of '75 Topps! This setbuild is coming along nicely. Hopefully knock it out in 2020. 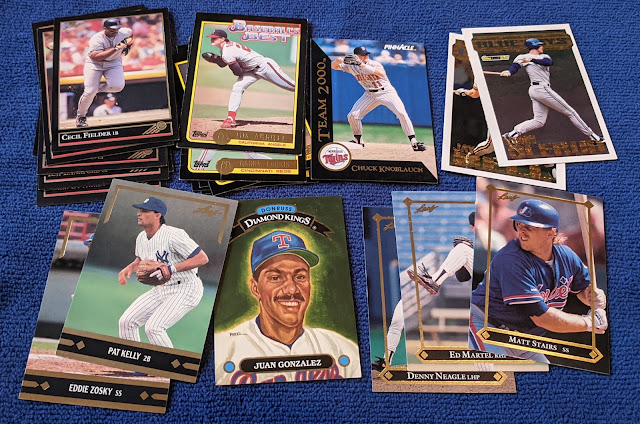 Early 90s black gold! (There will be a lot of cards like this in this post, hence the title.) 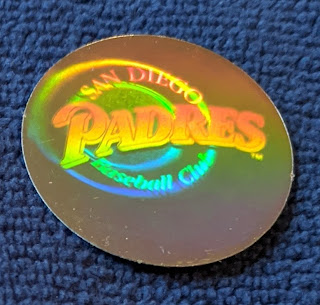 When I put UD hologram Padres stickers on my wantlist a few years ago, I figured I'd be swimming in them before long. But nope, this is the first one I've ever received in trade, as far as I recall! I've got a Yeti ready for this to be affixed to. 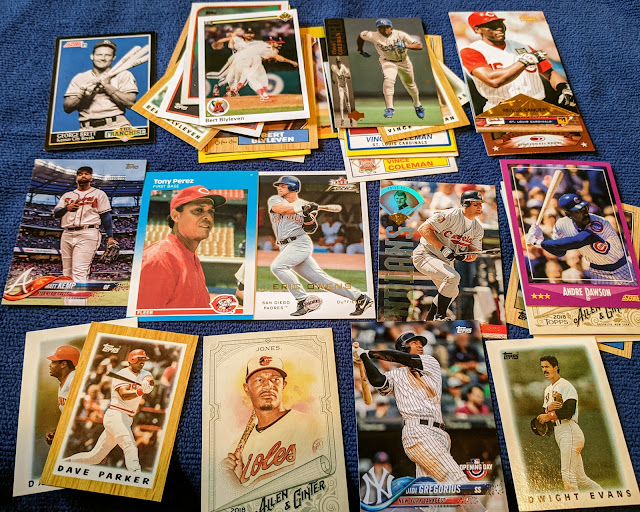 Thanks again for the trade, Bo!

Next up is another package from friend of the blog, Larry P. 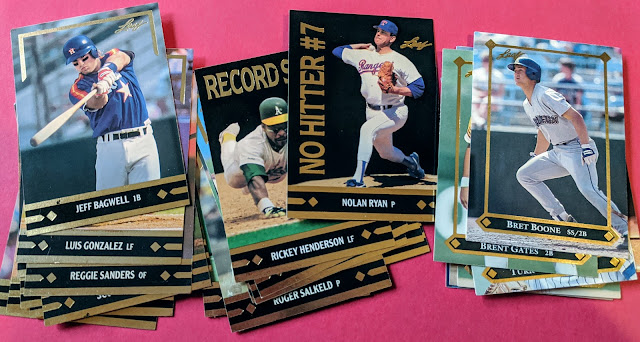 More for my "early 90s black gold" collecting project, plus a welcome need for my neglected '84 Donruss setbuild.

Thanks a lot, Larry! Much appreciated!

And a quick trade with TCDB user jrberus... 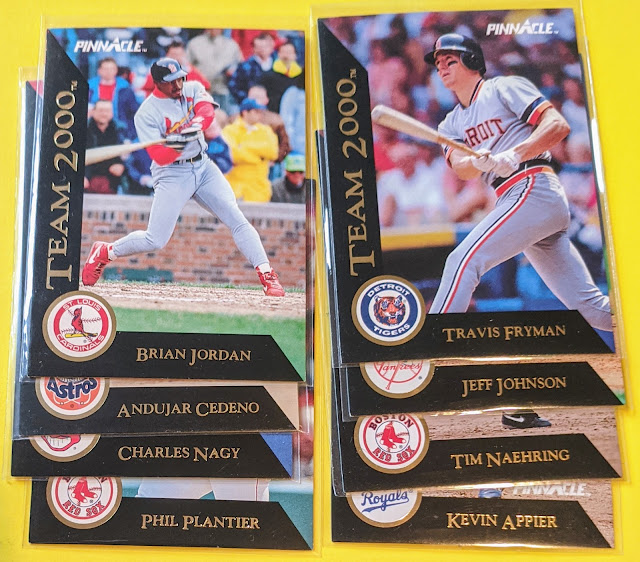 ..hooking me up with a few more Team 2000 black gold needs. When I eventually complete this insert set I'll have to do a post taking a look at which of these guys actually made it to the year 2000 as an active player. Same with the Team 2001 cards from the next year.

Mr. Haverkamp dropped a PWE on me with some black gold cards, too. 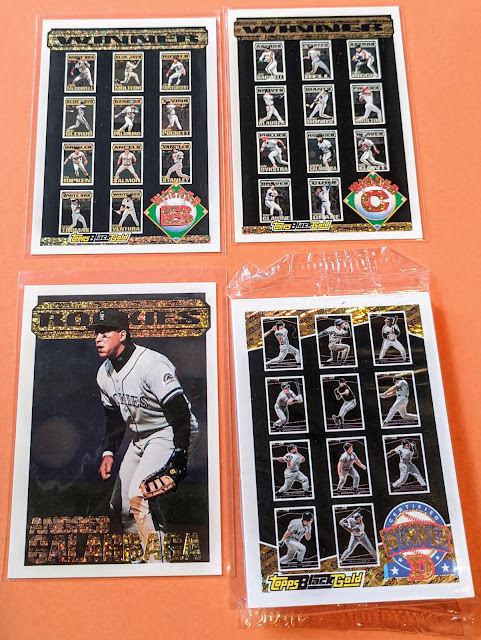 Dig the "Winner D" pack still in its original packaging. Pretty cool.
Thanks, Jim! I'll send you back something soon.

Next is my first trade with Bob, who just recently joined the cardsphere with his new blog The Best Bubble. 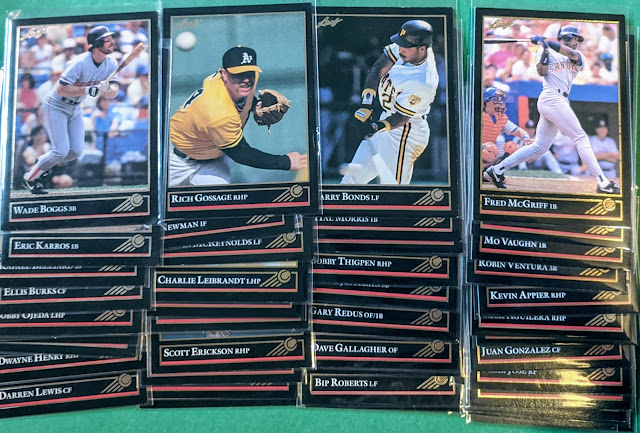 The black gold lovefest continues with an impressive batch of '92 Leaf golds. 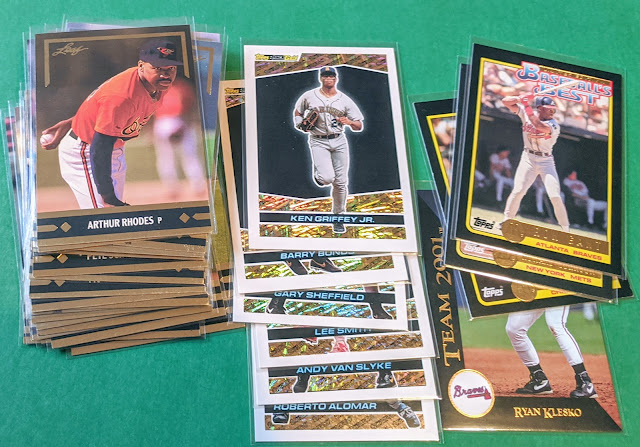 More for the black gold project, including what I'm assuming is the highest "booking" '93 Topps Black Gold card. 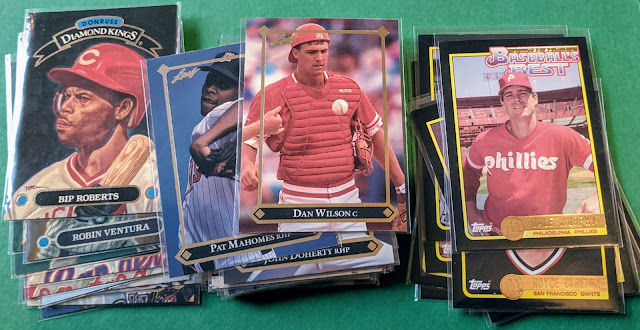 Thanks to this and some of the other of the trade packages covered in this post, I've now completed the Leaf Gold Rookies inserts for both 1991 and 1992! I was in awe of those cards as a kid on the rare occasion I was lucky enough to pull one (and still get a big kick out of them as an adult), so that's a pretty cool accomplishment. I should do a post or two spotlighting them in the future. Still looking for some upgrades as well as dupes for PCs. My black gold wants spreadsheet can be found here.

Lastly for today is a package from first-time trade partner Kyle in NJ. He got in touch with a nice email saying he likes my blog and had some cards to send my way. Always love to hear that! 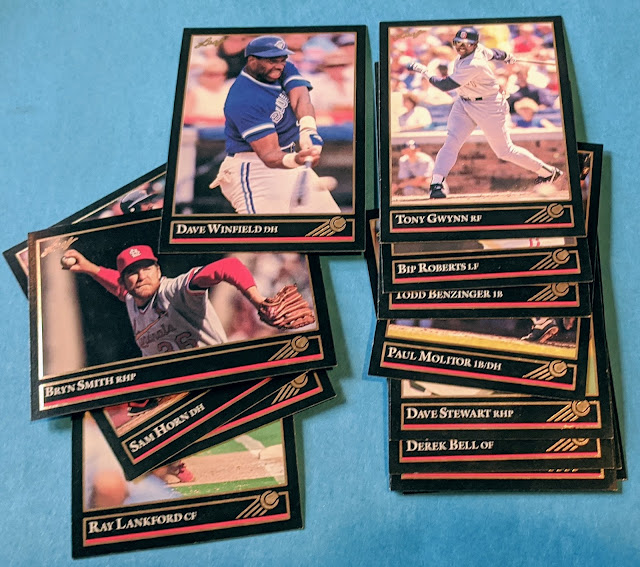 Good stuff here! My 1992 Leaf Black Gold set is now at 27.27% complete. Still a ways to go, but a pretty good start after only embarking on the quest a few weeks ago. 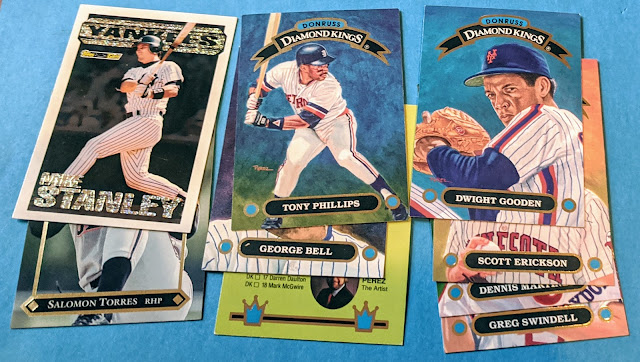 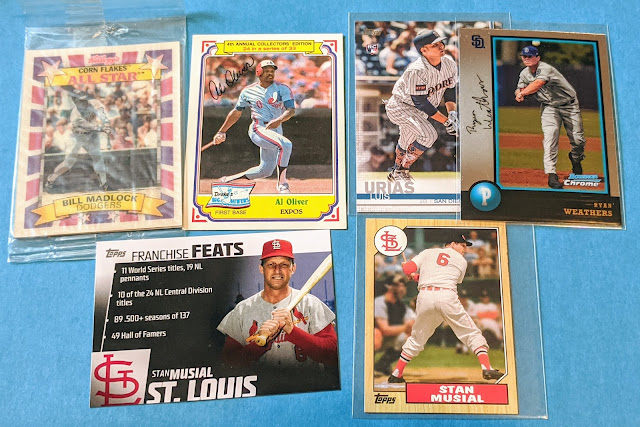 Some PC additions too. Christmas Card! Tyler Glasnow pitched very well for the Rays in 2019, though injuries limited his time on the mound. 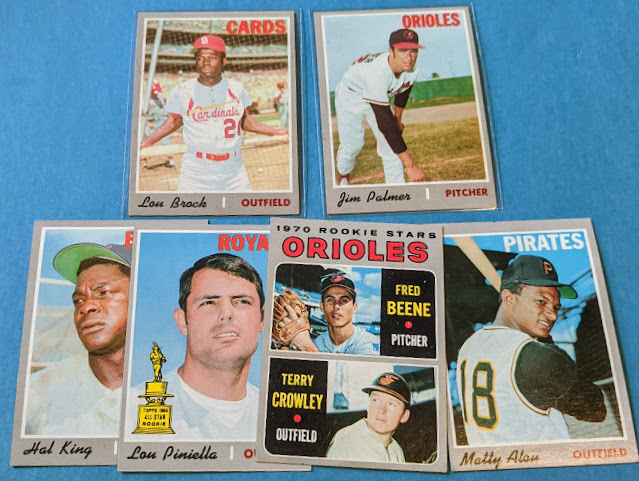 Big finish with some impressive 1970 Topps needs and upgrades. Lou Brock in front of the batting cage is awesome. And let's go out with a BOOM in the form of this beautiful Bob Gibson, a semi-high-number at #530.

Thanks a lot, Kyle! Great stuff. I hope to get a respectable return out to you this coming week.


Thanks again to everybody who's sent me cards, and thanks for reading.
Posted by defgav at 4:28 PM