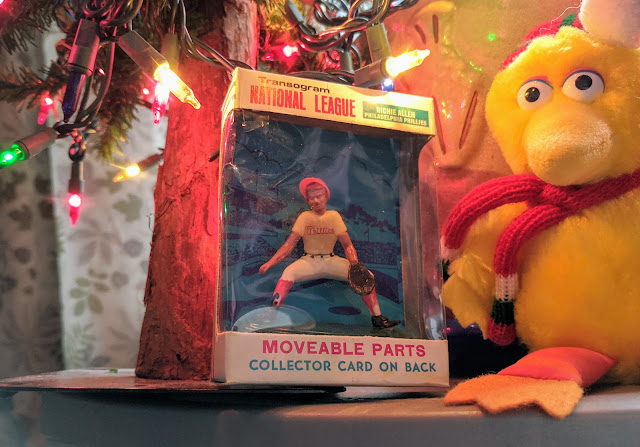 Here's another white whale I snagged recently. A Richie Allen 1969 Transogram. I generally try keeping my collection cards-only, but stuff like Dick Allen toys convince me to make an exception sometimes. 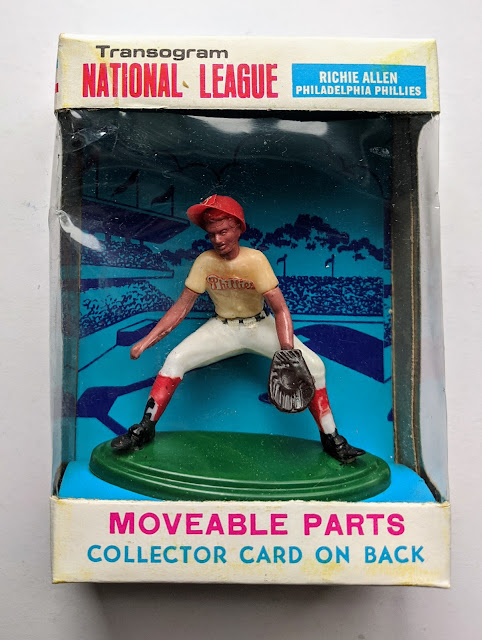 Earlier this year, I picked up a loose figure without the stand or anything, but had been keeping an eye out for an upgrade, or even just a cut-out card from the back. This new-in-box figure popped up from a seller who had a decent selection of these things, and I snapped it up. 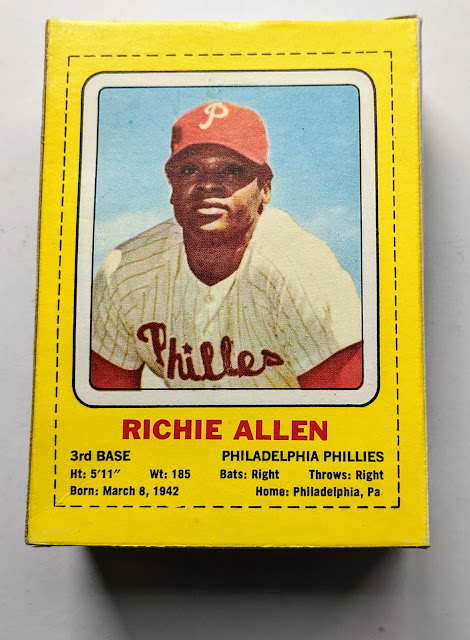 Kinda looks like they put some eyeliner on Mr. Allen here, though I checked and all copies are like that, so it wasn't the work of some kid. They don't say "Topps" anywhere, though Topps definitely had a hand in them. Many of the cards feature a tighter-crop of the same photo as that player's standard 1968 or 1969 Topps card, though Richie here does not feature a recycled Topps photo (--however this photo was also used on his 1969 Sports Collectors Photostamp which I picked up a few months ago.)

This yellow-tastic card design saw a bit of a resurgence lately thanks to being used as an insert in 2018 Heritage, where they were generally referred to as "1969 Collector Cards". I guess Transogram doesn't fly in today's social climate. LOL.. "transogram" sounds like a singing telegram from a transvestite. (Not that there's anything wrong with that.) Nah, Topps probably just didn't want to use the name of that other company they're no longer affiliated with. 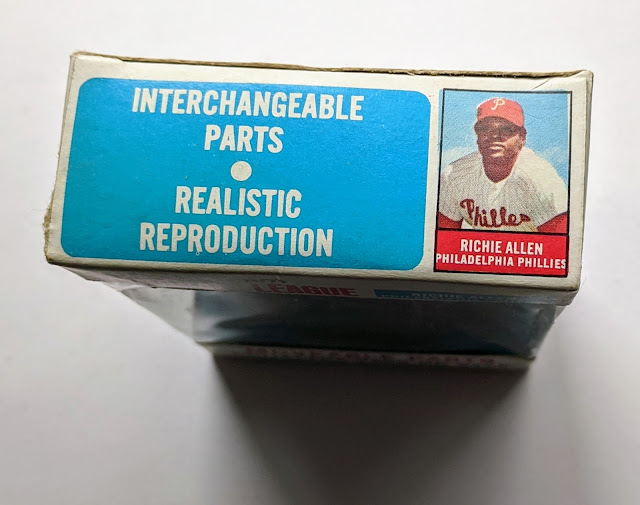 There's what could be considered a "mini" card on the top box label. Sometimes these are cut out and sold separately. I've even seen graded specimens of box top pictures, which seems silly to me. Though yeah, if I were to cut out the card on the back, I'd save the "mini" too before trashing the rest of the packaging. 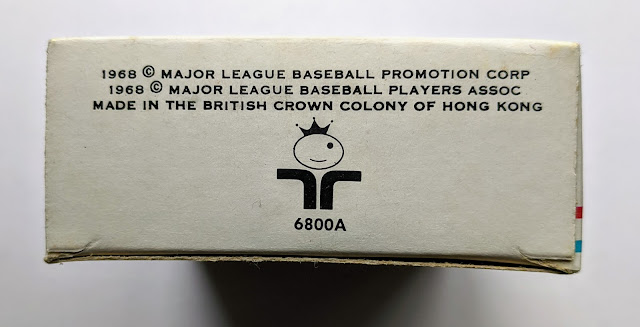 Here's the bottom. See, no mention of Topps. Made in the British Crown Colony of Hong Kong. Wow, fancy. Notice the 1968 copyright, though I guess they weren't on shelves until after the calendar had changed, as I've only seen them referred to as 1969 online. Looks like there was another series that came out in 1970 that is very similar, but less players (No Richie Allen in the 1970 series.)

Oh wait, here's a pretty informative article from a few years ago shedding some light on these things at Sports Collectors Daily. 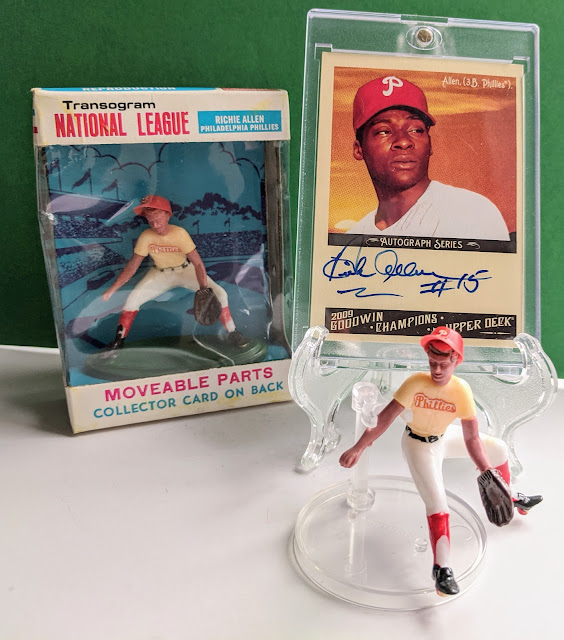 For some reason I had it in my head that the boxed figure would be kinda large, similar to a Starting Lineup. But nope, it's a small package, about the size of a juicebox. It's pretty cute, honestly.

I'm glad I already have a loose figure so I won't be tempted to open the box. I might be able to make the case that the figures are actually variations: check out the right sock. The boxed figure is wearing an ankle-guard (or, you know, more likely it was just a little hiccup in the painting process on that one.)

I wouldn't mind scoring a cut-out card someday to file away in the PC. But for now, owning the card as part of an intact package is just fine.

So yeah, very happy to finally get one of these things. Thanks for stopping by.
Posted by defgav at 4:05 PM