We just got back from seeing The Rise of Skywalker. I thought it was great! Apparently much of the internet didn't like it, though I haven't read anything about it, trying to go in with untainted expectations. I'm glad I was able to avoid any spoilers. I loved it.

Speaking of Star Wars, here's a custom "booklet" I've been working on for a few years. Recently got the final piece to consider it completed. 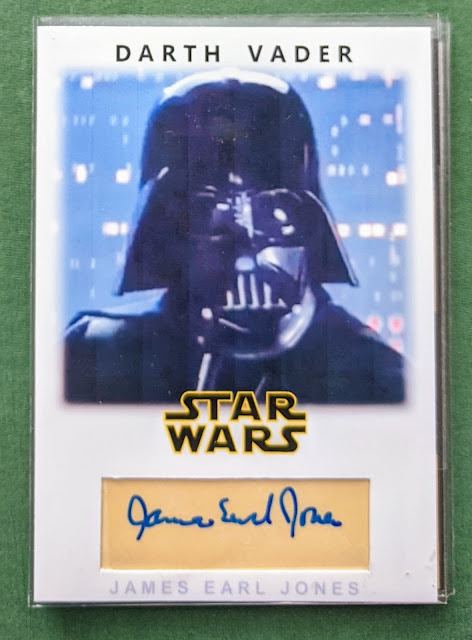 Here's the front. I made this overlay for a James Earl Jones auto card (shared with Martin Short under there). 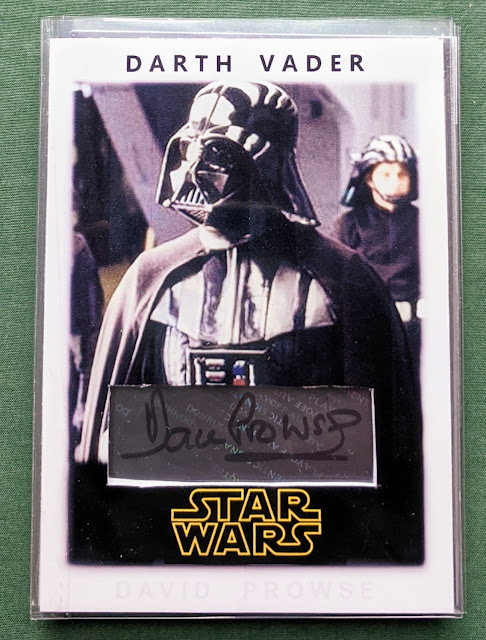 The other side features David Prowse, the actor in the Darth Vader costume most of the time in the original trilogy. 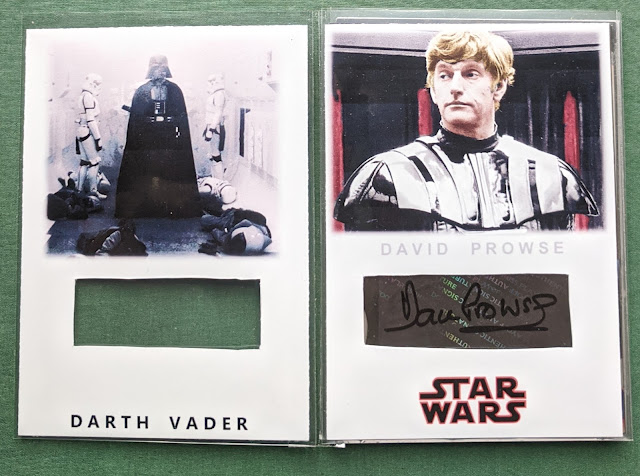 Opening the booklet reveals a photo of Prowse with his helmet off.

Opening it up further reveals some more. The Jake Lloyd auto checks off childhood Anakin. Picked that up a year ago. 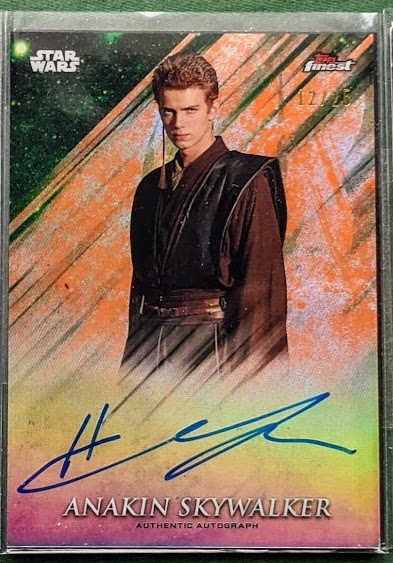 Here's the last card I needed to finish the booklet.. Hayden Christensen, Anakin as a young man. Snagged this card a little while back. I targeted this particular card because it's an on-card signature, plus take a closer look at the serial numbering... 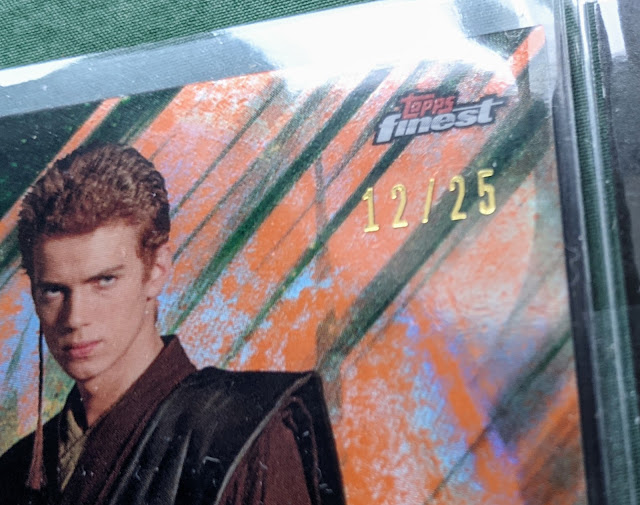 And with that, I consider my Darth Vader / Anakin Skywalker custom autograph booklet complete!

But I'm content calling it good with the 4 main actors known for being Vader/Anakin. I don't think auto cards are readily available for those other guys anyways, but who knows.. maybe someday I'll try adding on. 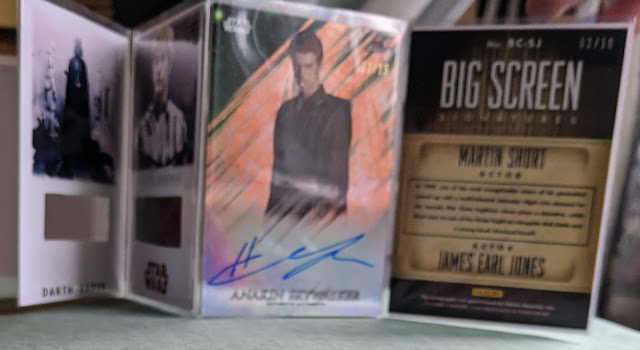 Yes, the "booklet" is just 4 penny sleeves taped together, but hey, a real Topps booklet card featuring autographs of James Earl Jones, David Prowse, Jake Lloyd, and Hayden Christensen would likely cost you a couple thousand bucks or more. My custom creation ran me significantly less than that. I'm pretty happy with it.

Wes, the Pancake King, was kind enough to include me in his Lucky 13 holiday mailings. I had patience and put the package under the Christmas tree, waiting a week or so to open it. 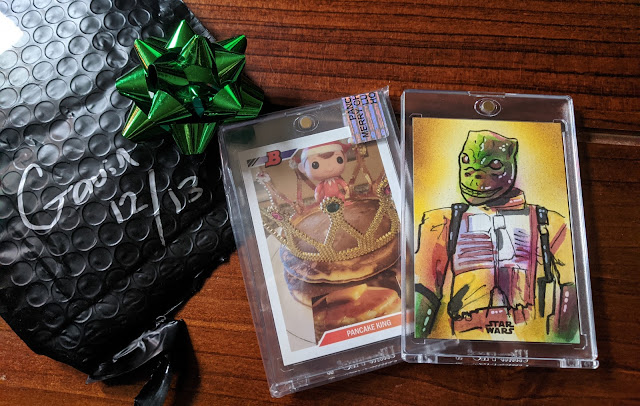 Boom! In addition to the '92 Bowman-style Pancake King, check out the sketch card! 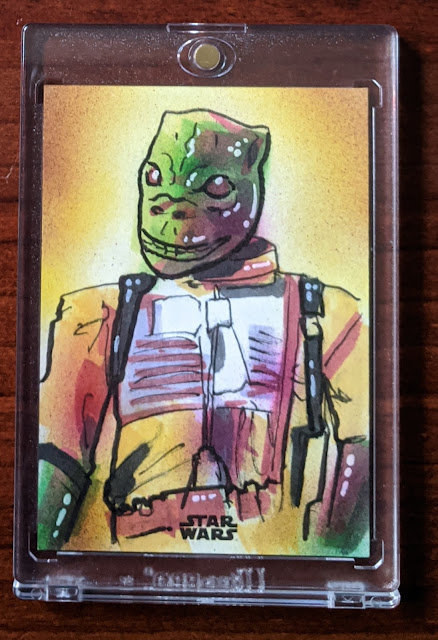 Nice! This is Bossk, a big green bounty hunter who briefly (yet memorably) appears in The Empire Strikes Back. I remember having the action figure back in the day. Looks like he got some more backstory in the animated Star Wars: The Clone Wars. We just signed up for Disney+ as a bonus birthday present for me, so I'll have to watch through Clone Wars one of these days. Very cool card!

And Wes didn't surprise me with just any random Star Wars sketch card... 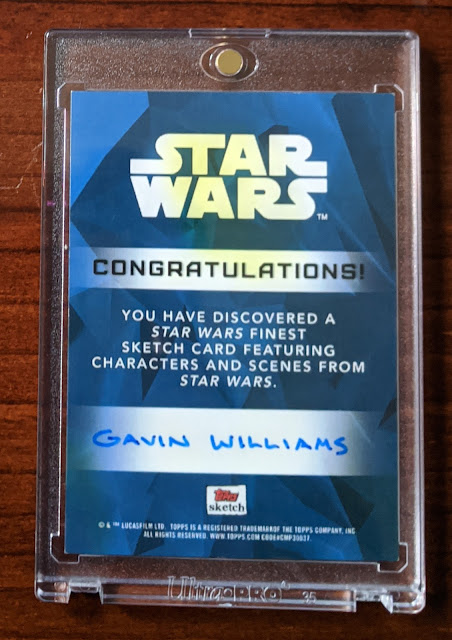 It's also a card for my Greatest Gavins minicollection, by artist Gavin Williams. Awesome!

Thank you, Wes! Glad you like the stuff I recently sent you, too.

Merry Christmas, everybody!
Posted by defgav at 3:47 PM