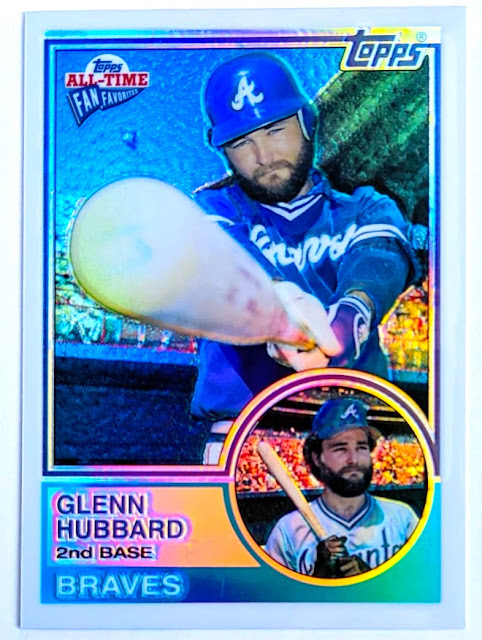 Here's a cool bat-barrel shot on a 1983 Topps design. Both photos seem to be taken in the same spot, though his uniform is different. 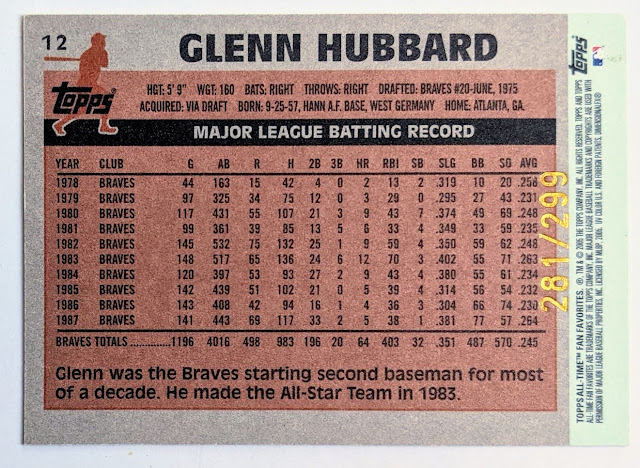 Topps is withholding the information from you that Hubbard finished his career in Oakland. Played on a pennant winner in '88, though unfortunately for him was released at the All-Star break in '89 and missed out on the Bashin' A's championship that year.

Of course, Glenn Hubbard's cardboard legacy is his iconic 1984 Fleer card that us collectors tend to get a kick out of. I think I read he hated that card for a while, but has since grown to be ok with it. I suppose if you become best known in certain circles for one tiny out-of-the-ordinary moment of your life, it could get annoying quick. 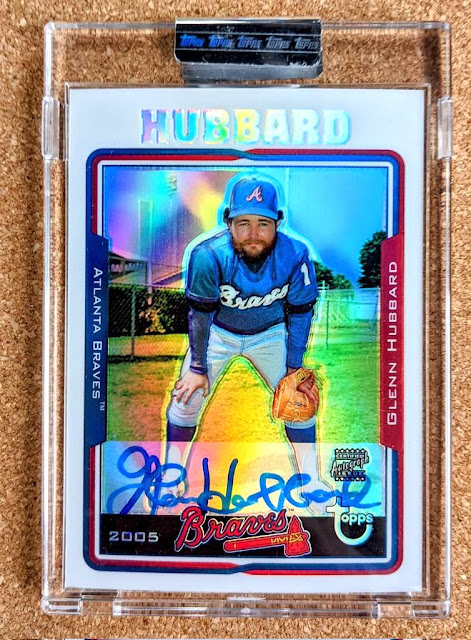 Bonus Glenn Hubbard refraction! Some ink on this one. It's also from 2005. Sweet card, even if he does look naked without his boa. 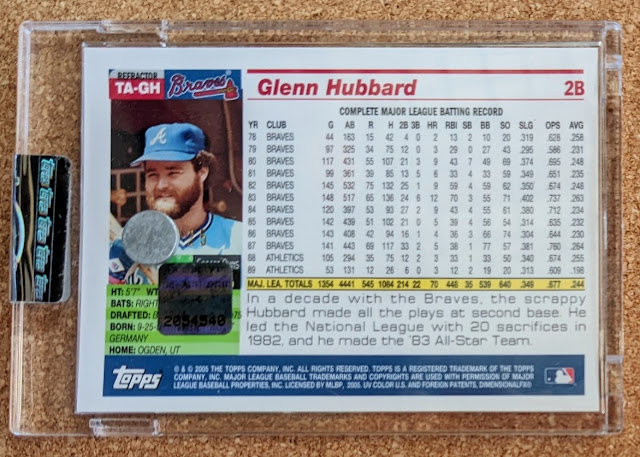 Like most Topps Retired refractors, this one is numbered out of 25. I'm still doing the little weekly contest thing, so take a guess at the number if you want. Winner can pick a few cards from the prize pool, yadda yadda yadda. UPDATE: Prize Pool page updated with some new stuff. Remember anonymous guesses need to include your city to count (otherwise it gets confusing).

Thanks for stopping by and have a great weekend.