This was supposed to be a midweek trade recap post but I wasn't able to get to it until today, so we'll throw the Refractor Friday stuff on the end. 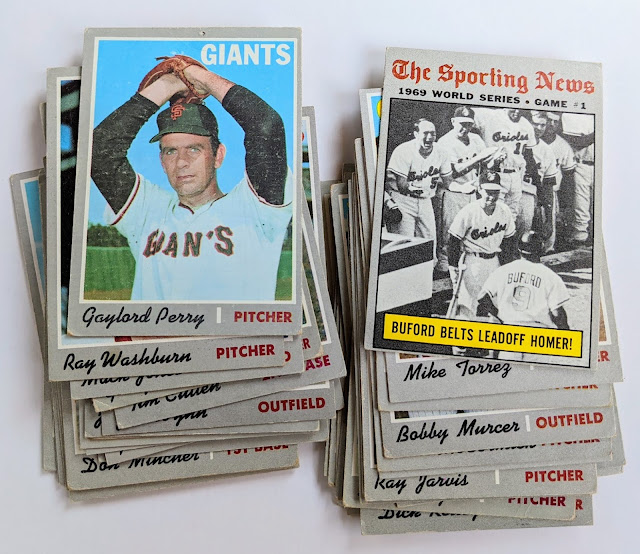 So Johnny's Trading Spot had a post a couple weeks ago about a vintage trade he did with his Old Card Traders buddy Bob D. Since I'm always jonesing for vintage setbuilding help, I checked out Bob's wantlist and was able to find some stuff for him before sending an email feeling out a trade. I was hoping he had a few '72 high numbers to spare, and though he wasn't able to find any of my needed late-season psychedelic tombstones, he was able to find a stack of 1970 Topps needs and upgrades from my list. Gaylord Perry has some surface wear and a pinhole, but as a semi-high number, he's welcomed into my build with outstretched arms. As far as old sets I'm working on, priority-wise '70 clocks in under '72, '57, and '64 for me, but it's still a multi-series vintage Topps set I'd love to complete someday, ultimately trying for a run of flagship Topps encompassing the 70s and 80s.

That lot from Bob took me to 49+% complete with 1970, just 1 card shy of the midway point. I knew I had to make a push at getting over the line, and turned to my PCs to try to dig up a needed card. 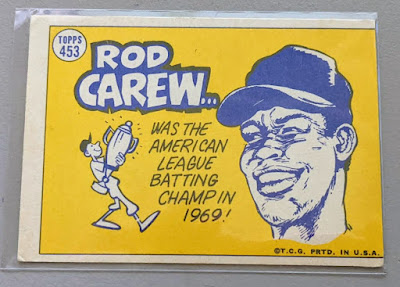 I found a 1970 All-Star in my Rod Carew PC and loaned it out to the setbuild, officially taking me to over the hump. Of course I'm not actually "halfway done" yet since the majority of what I have are low numbers, and the high numbers are much more work to track down. But the bottom line is my "haves" are now more plentiful than my "needs" for 1970 Topps, so that's something to smile about

And hey, on that subject... 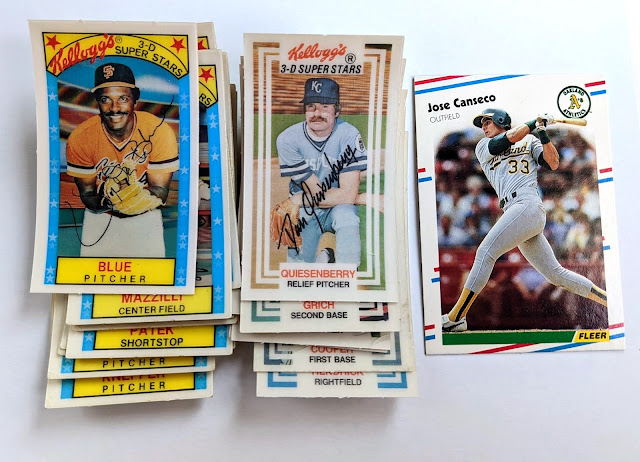 Got a nice package of cards from Fuji last week that included a bunch of 1979 and 1983 Kellogg's, taking both those back-burning oddball setbuilds over the 50% hump, too. The Canseco brings me to just 5 commons away from completing the '88 Fleer base set. (I think GCA's buddy Stuart said he could finish it off for me? Let's hope he comes through!) 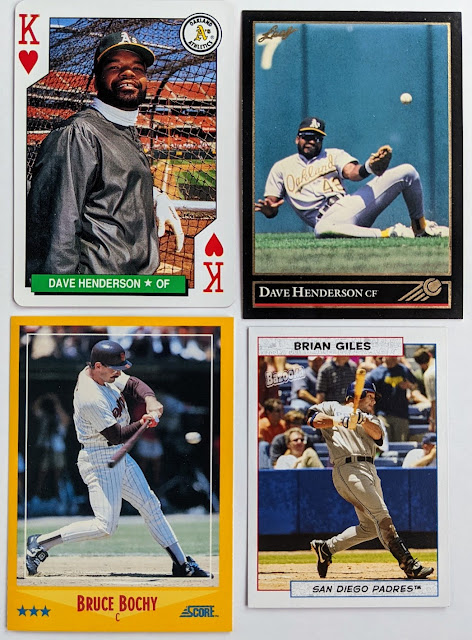 Some PC additions here, including a Bruce Bochy sunset/final tribute from '88 Score I'd been wanting for a while. He spent all of 1988 in Triple A as a player/coach, the beginnings of his prominent managerial career. 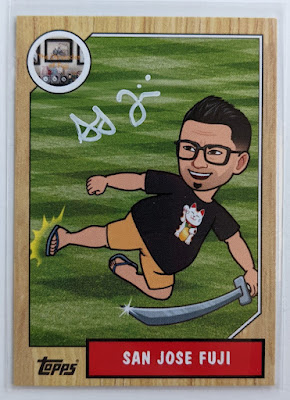 Excited to be a recipient of one of Fuji's new blogger cards! Love it.
Thanks, man! I've got a little something to hit you back with soon.
-o-
Fuji deciding to send me a package must've gotten karma on his side, because his guess at last week's Harmon Killebrew refractor's serial number being 134/299 was right on the money. Congrats! Let me know if you see anything in the prize pool that you could use and I'll add it to that next mailing I send your way.
As a little extra bonus for Fuji, I figured I'd pick our favorite Padre to feature for Friday's refractor this week.
Refractor Friday #7 - Tony Gwynn 1998 Topps Chrome Hall Bound refractor 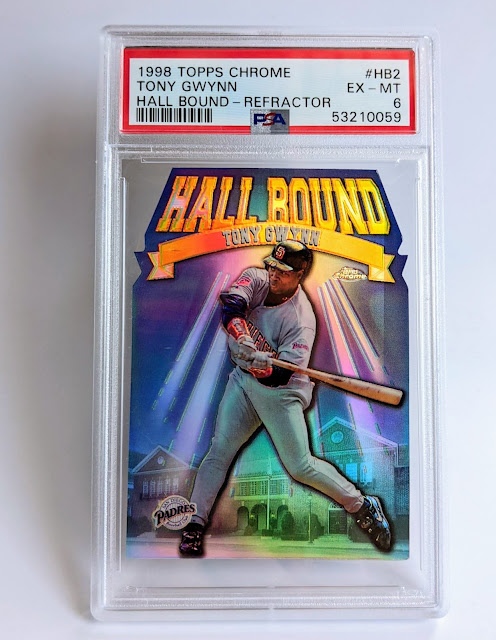 I don't remember what pushed me down the rabbit hole, but I probably saw one of these Hall Bound die-cut inserts on another blog, thought to myself, "yes, I'd really like one of those (specifically a refractor one)," and poked around the usual places until I found a decent deal on one I liked. I ended up with a slabbed Gwynn for roughly what they go for raw. PSA 6 is bad for a modern card, but looks great to me. Maybe the print line on the right knocked it down a little but all the way to a 6? Maybe the PSA person found something else bad under their microscope or whatever. But yeah, no complaints from me. I'll keep it slabbed for now since I'll bet even those of you who are firmly anti-grading can still appreciate not having to worry about those die-cut points getting knocked or caught. (Mr. Padre is my largest PC, and this is only my second graded card of his, pretty sure.)
Regardless, it's a fine specimen of refractive Chrome technology, wouldn't you agree?
Time to finish off with another little contest. Back to the autograph Fuji gave me of himself... It's hand-numbered out of 30 on the back. Be the first in the comments below to correctly guess which number it is and you can win a PWE of a few cards from my prize pool. For a hint, it's less than Tony's jersey number.
Thanks for reading and have a great weekend, everybody.
Posted by defgav at 4:46 PM