Let's do another Topps Retired Triad post where I just show off 3 cards of the Topps Retired refractor autograph variety. Got a trio of Hall of Famers to feature today. 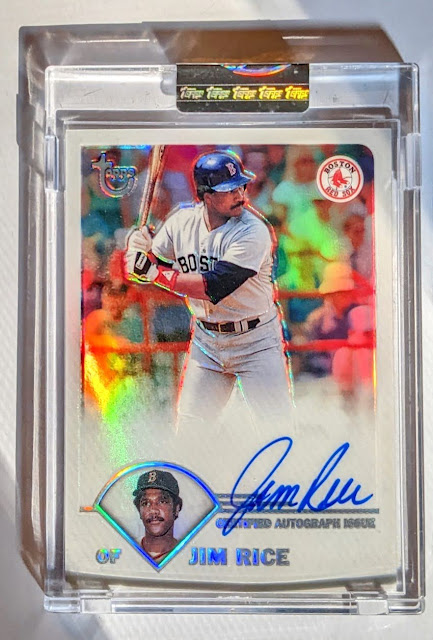 Love this beautiful Jim Rice. But first, gotta mention that the window replacement (stressed out over in a previous post) went well. I'm still putting the cardroom back, but trying to make improvements as I go as far as organization and infrastructure. One thing that kinda sucks though is that the best window for taking good pictures now has a screen on it. That's good for getting better airflow in the room, but it'll negatively impact my photos of cards, as you can see with the lines across the bottom of the above picture. So my options are just having lines in much of my card photos going forward, finding a new go-to spot for card photos, or using this as another motivating factor to sunset this blog and move on. Or maybe I should start using a scanner, though I still haven't gotten around to setting up the new printer I got a couple months ago. [Pretty sure the scanner still works fine on the old one, but I want nothing more to do with that thing. Now it's collecting dust and rat droppings while sitting in the garage because you can't just throw away old printers these days due to environmental reasons. Lame.] 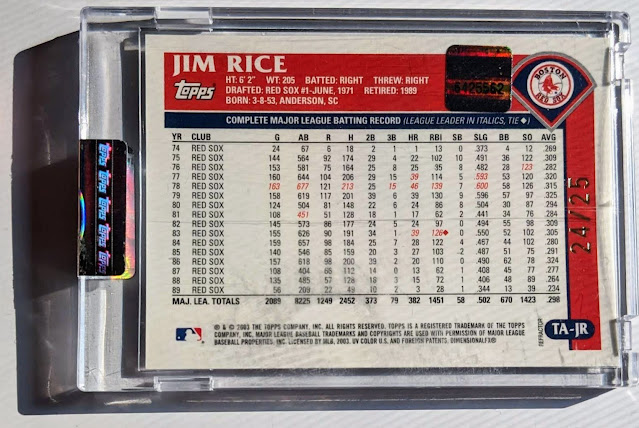 This back picture didn't turn out very well, but there's the back. Always nice when a guy plays his whole career with one team. 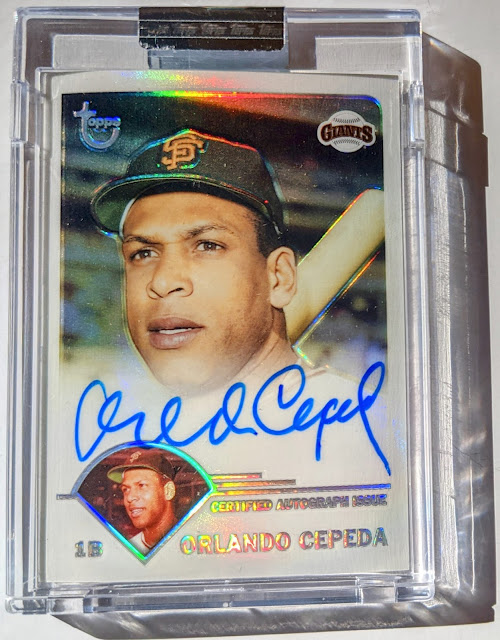 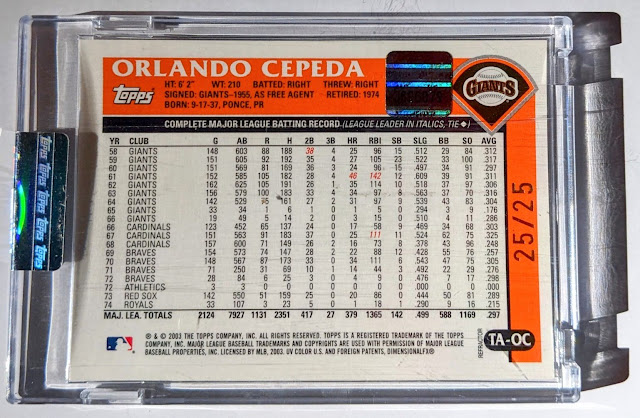 Some very nice seasons in that HOF career. 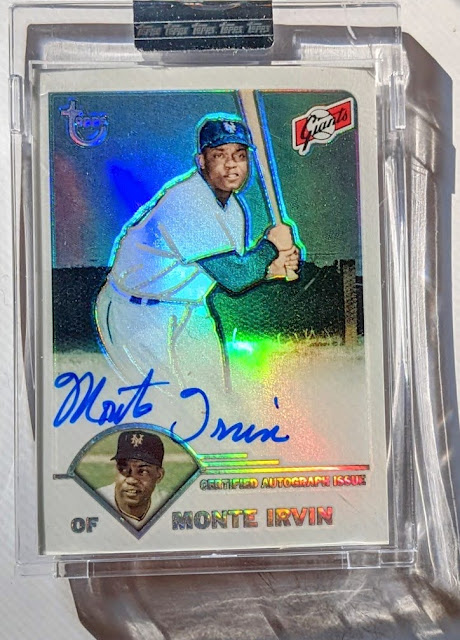 Monte Irvin closes out today's post. I already had the base version of this auto-- now available for trade, if anyone wants to make me an offer, like for some '72 high numbers or whatever-- but I was excited when this refractor popped up. Not only does it look great in its shiny splendor but... 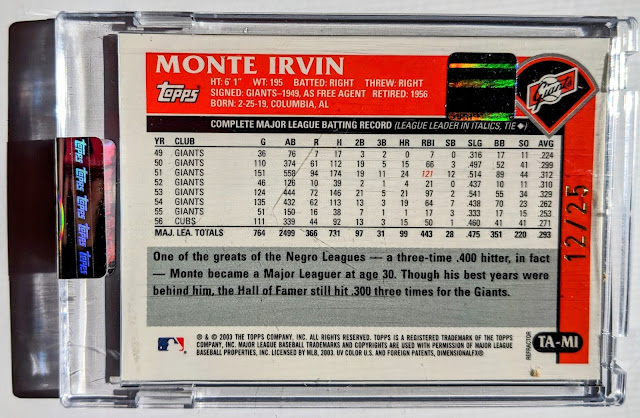 Those career stats listed on the back are in need of updating now that his stint with the Newark Eagles-- disrupted by three years serving his country--  counts towards his MLB stats, bumping Monte's career batting average up to .305.