Topps Retired refractor autos account for a hefty chunk of my hobby expenditures, falling in love with these snap-cased, scribbled-upon, shiny chrome jewels shortly after returning to the hobby as an adult and these days being fortunate enough to have a job that pays me well enough to occasionally buy expensive baseball cards. I've picked up a few over the past several months, specifically from 2003, as that's what's been popping up on eBay-- including one particular consigner selling for a client who must've busted several cases of the stuff.
Here are a few recent additions, with a focus on the fall classic history as the 2022 World Series gets going. 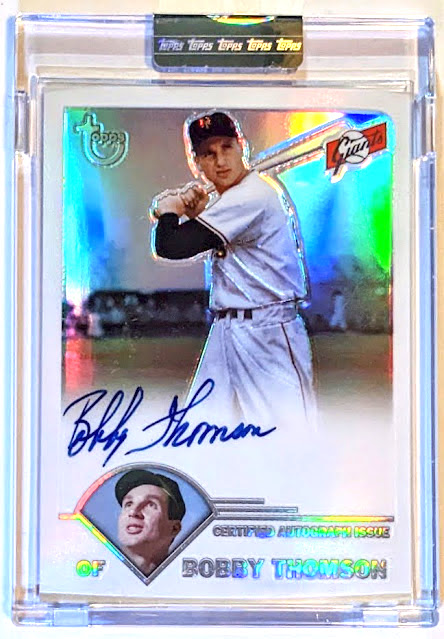 Bobby Thomson's "shot heard round the world" is one of the more famous hits in the history of the game. That got the Giants to the '51 World Series, though they would ultimately fall to the Yankees. 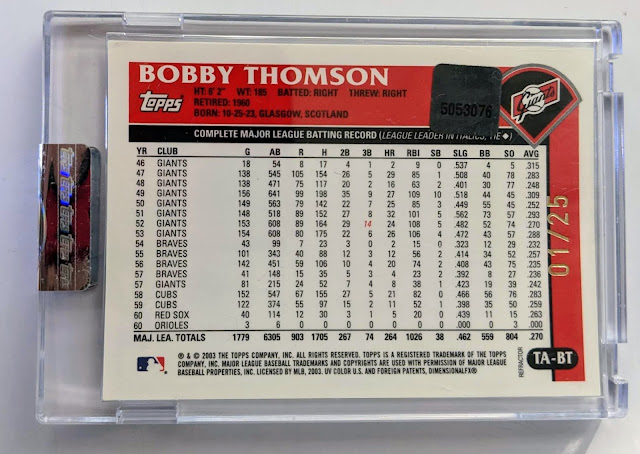 Bummer for him that he just missed being on that '54 team that won it all. 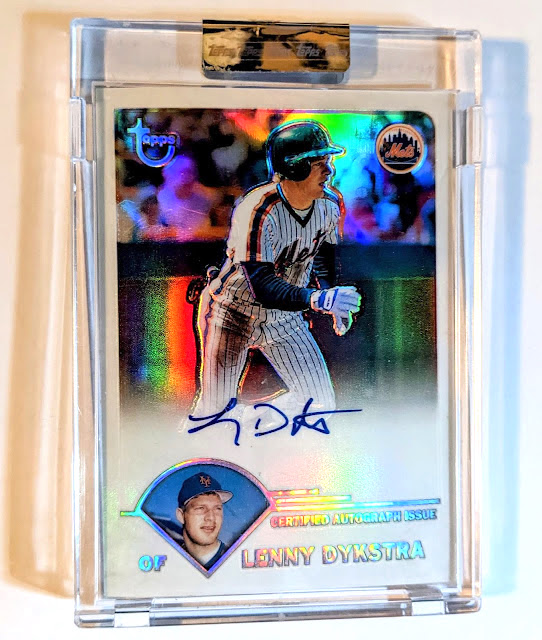 Lenny Dykstra is pictured here in his early Mets days, though I'm among those who remember him most from his time in Philadelphia. He wasn't afraid to get his uniform dirty, as you can see. 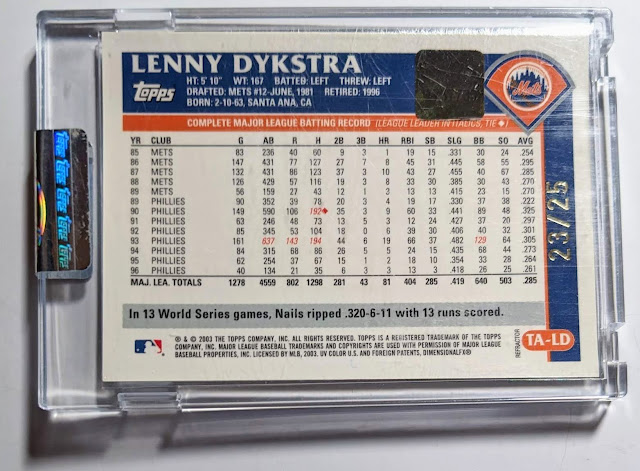 Won in '86 and almost again in '93 if not for Joe Carter. Had some troubles since his playing days. 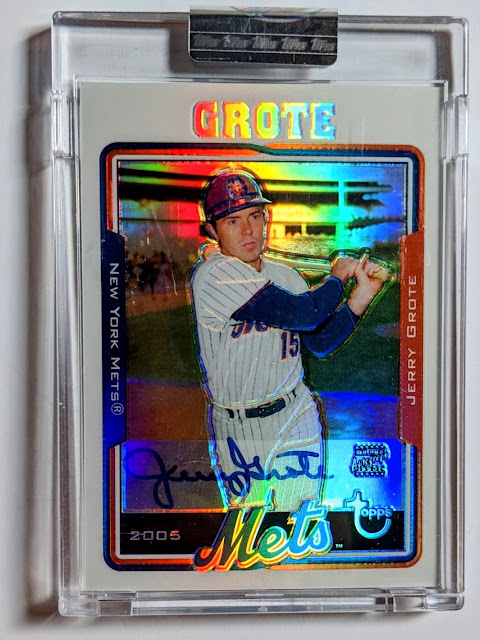 Slipping in a 2005 Retired refractor but staying in New York, here's Jerry Grote (sounds like "grody" not "groat"). He was the starting catcher for the '69 Miracle Mets. 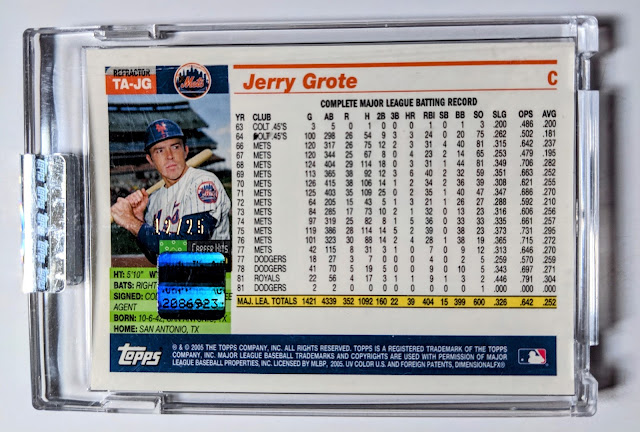 Jerry was also a backup on the Dodgers teams that lost to the Yanks in '77 and '78. I already had this card, but when the 12/25 serial number popped up cheap, I had to go after it. (Less than 2 months till Christmas, guys!)
Last one for today... 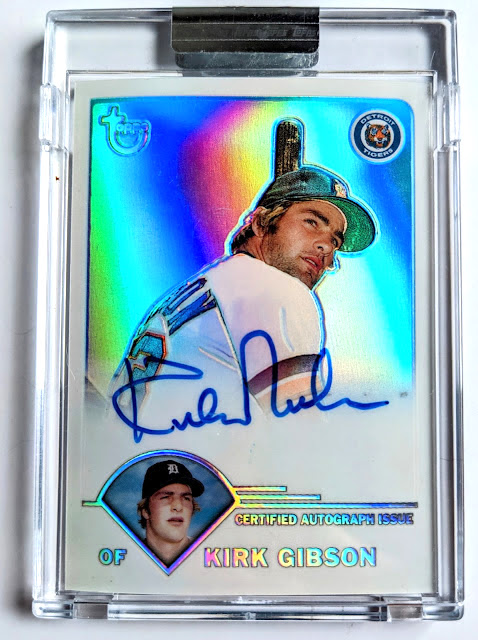 Golly, this sure is a fine looking card! I had the base auto, but it really takes the refractor to light up that big sky like Kirk is out there checking out the Aurora Borealis. 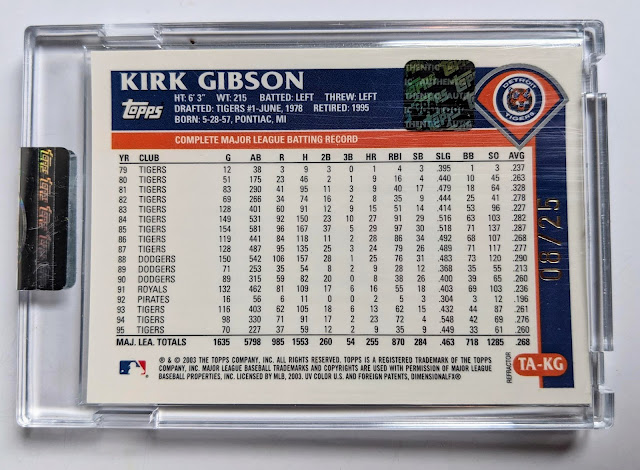 Kirk Gibson won a World Series for both leagues. Good on 'im.

So there ya go: some shiny cards of guys that've also been signed by them too and they all had their moments of October success. I probably won't catch much of the series this year, but let's hope it provides some good, exciting baseball.