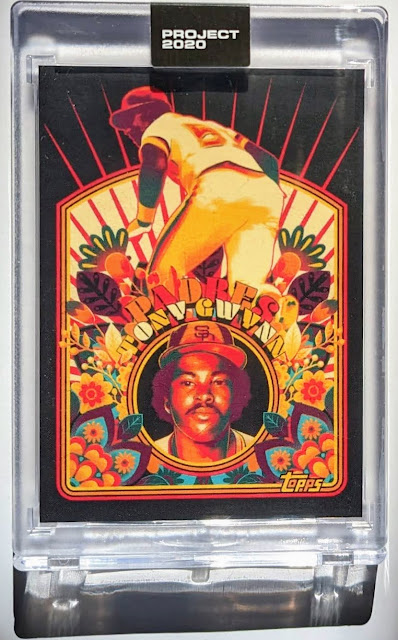 Got this cool Tony Gwynn from a recent (final?) box of Padres from Padrographs Rod. He said between me and Fuji he had pretty much trimmed his collection down to just the Padrographs. 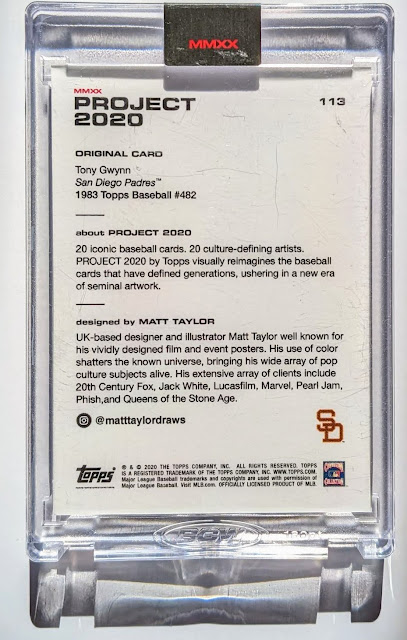 Funny enough, I also have artist Matt Taylor's version of Rickey Henderson's rookie card, the only Project 2020 card I bought. (that's a lie, I eventually picked up a cheap Nolan Ryan that had a huge printrun because it was bundled with that Shore Griffey that sold way too many.)
Very
Cool, thanks Rod! There was plenty of other good stuff in the box, but I think the cardroom window-replacement disruption displaced them before I took photographic evidence. 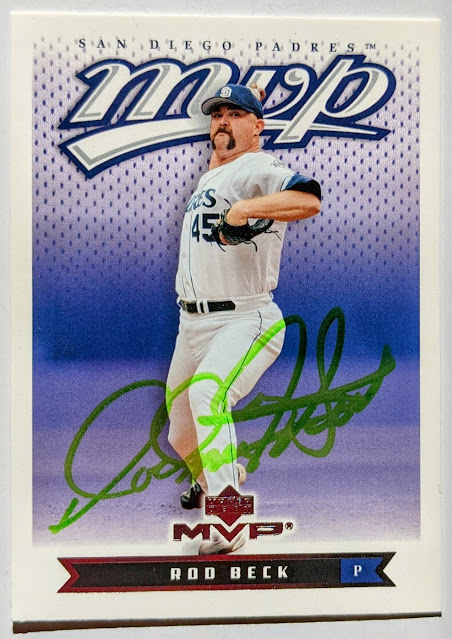 Then he recently surprised me with this great Rod Beck auto in a PWE. Yep, a Rod from Rod. Love the green ink!
I think there's another PWE from Rod waiting for me at home, but I'm currently alone in a hotel room in Louisville dealing with stuff you deal with when you're alone in a hotel room at the end of a rough day... the Padres heartbreaking loss today being just the icing on top of a self-loathing shitcake. Oh, and I also lost out on a "whale" card of mine this evening that broke my heart nearly as much as the Padres loss. :( 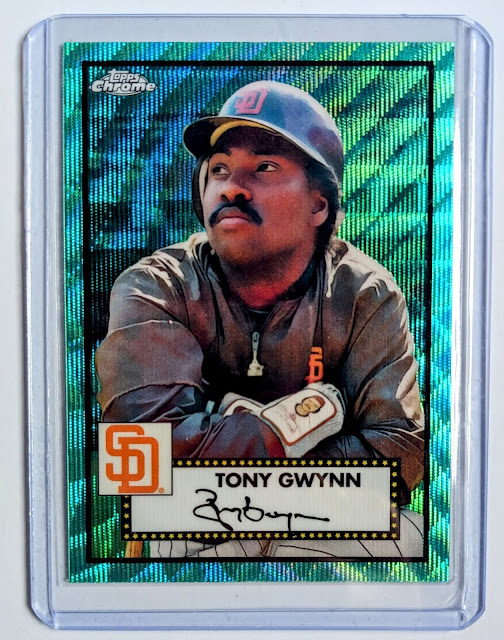 Here's another cool Tony Gwynn card. I bought this one after seeing the base card on Night Owl Cards. 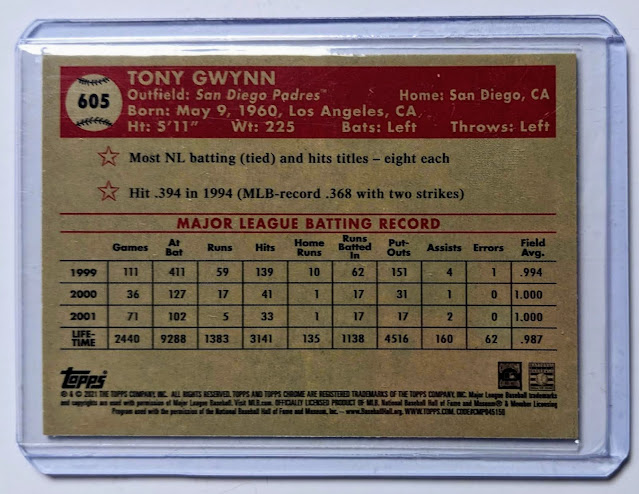 Just an unnumbered aqua wave refractor or whatever, so wasn't too much, but I like it a lot. I still have conflicted feelings about this set, but I'm kinda trying to do a "set rainbow" with one card each from some of my bigger PC guys who are included in the massive set. So like, I'm kinda trying to get one of each of the many parallels, basically. (it's a casual goal, though, not hitting it too hard.) 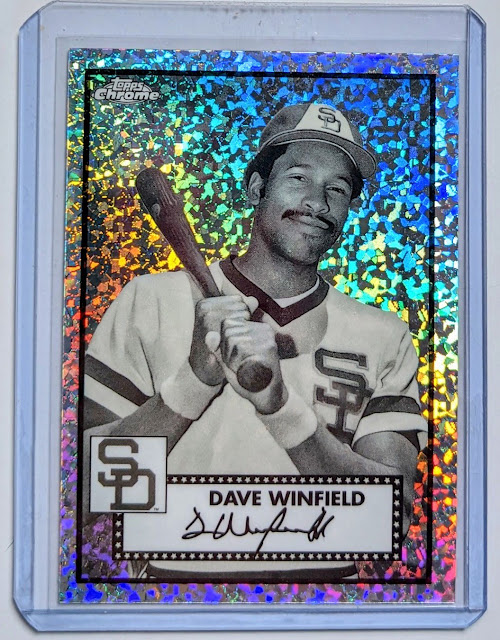 ..which brings us to this black & white Winfield. Honestly I would have preferred to see the glorious brown & gold, but I got it for just $2.04 shipped, so I can't beat that (Seller didn't do a good job with the listing title). Trying to "forbid" myself for getting any other versions of this card, per the one-parallel thing I mentioned.. but I  might have to snag one that's in color someday.
Actually, fuck it. I've already seen that photo plenty of times thanks to a custom overlay I made back in 2015 that I've displayed for a while. So yeah, I'm fine I guess. Thank you for your patronage.