This post is not for the timid. I cannot be held responsible for any nightmares and lingering mental health issues that may develop for anyone who continues reading this blog post. You've been warned. 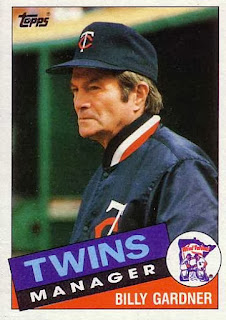 Holy God! How was this ghastly spectre ever allowed on a ballfield? When he pulled a pitcher, he'd literally pull the pitcher limb from limb, and drain the blood right there on the mound. It gave the fans a thrill at first, but ownership quickly tired of it and fired him. By "fired" I mean they performed a séance in the manger's office and he turned to dust at midnight. 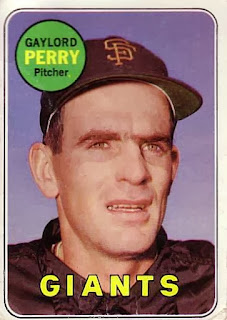 This freakish beast impersonated Gaylord Perry for 6 years before the real Gaylord was able to convince the front office of the deception. Similar to Billy Gardner, this monster-man would routinely rip the arms off opposing batters, then use the arm for a bat next time he came to the plate. He had a respectable lifetime average of .253 until the commissioner's office officially banned the use of flesh bats in 1970. The real Gaylord was able to subdue the monster by smothering it with gel made of holy water and pine tar, a trick he discovered during one of his many late nights studying ancient books on the occult, searching for the creature's weakness. From that point on, Gaylord never took the mound without an emergency stash of the mixture.

This is the visual definition of terror. Just try to shake this image from your mind. You won't be able to. You will now routinely wake up in the middle of the night, jolted out of your slumber by the vivid memory of this picture haunting all your dreams forever.

On the topic of demonic powers, some of you disturbingly-observant readers may have noticed that the background image I've been using for the past few months prominently features 2 baseball cards: one of the Cardinals and one of the Red Sox. As you can imagine, my blood ran cold and my hair turned white and stood on end when these exact 2 teams later went on to meet in the World Series. Were dark forces behind this prophecy being fulfilled? Absolutely yes. No doubt about it. (UPDATE EDIT: And notice how the Red Sox card is on top?? I take full responsibility for the championship they just won moments ago.) 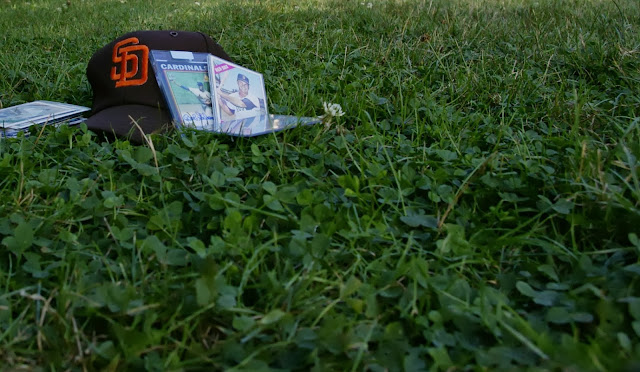 Adding to the eeriness, the two other cards you can almost make out are of the Tigers and Pirates, respectively. I essentially cursed each team to lose in the playoffs, and I feel horrible about that. I must learn how to harness this power that I possess. I apologize for my irresponsibility. I'm not certain where the Padres cap fits in with all this, but I'm pretty sure I either just ensured the dawning of a multi-championship San Diego dynasty, or cursed them to never make the postseason again for the lifetime of the franchise. Smart money is on the latter.

Finally, this has nothing to do with baseball cards, but here's a little animated short I put together a few years back. It's sort of creepy, in a silly way, featuring an evil balloon and a scared porcupine. I'm always looking for an excuse to share it, so here it is. I did everything here, including the music. My life's artistic triumphs are few, but this is a good one, by my modest standards, I think.