A blaster of 2018 Topps Archives that just couldn't wait

I was expecting my 2 pre-ordered hobby boxes of  2018 Topps Archives to be delivered within the next few days, but then I learned that it's only the retail version that's out today. Hobby isn't out till sometime in September.. WTF? Lame. 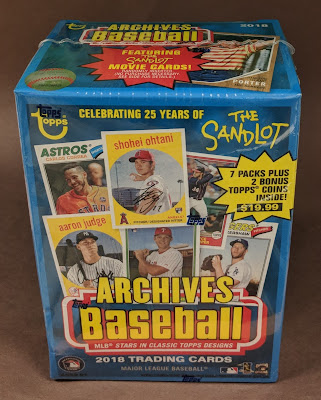 Even though my first day back to work has kept me busy-- if you missed it, you can read about my fun little New England vacation here in a post I just published like an hour before this one-- I still found a moment to run to Target. They had a few Archives blasters, so I grabbed one. I couldn't even wait till I got home, so I ripped it at work and typed up this quick post. 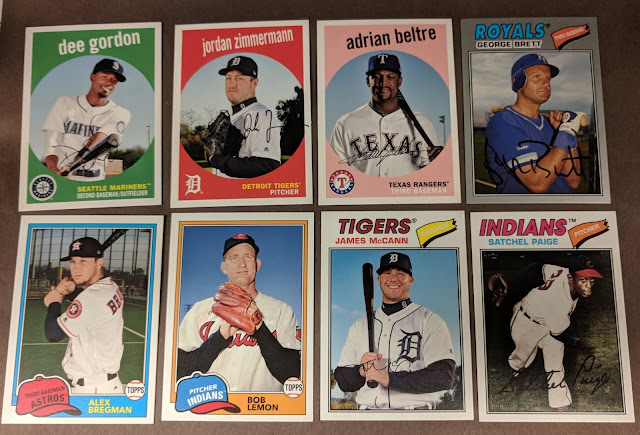 Off to a good start with a few guys I collect. Happy to see Satchel included in the checklist. The George Brett is a grey parallel (Topps probably calls it "silver".. eh, I shouldn't be too hard on them, as this one is more silvery that past silver parallels they've put out) and is numbered /99.. so that's a decent pull. 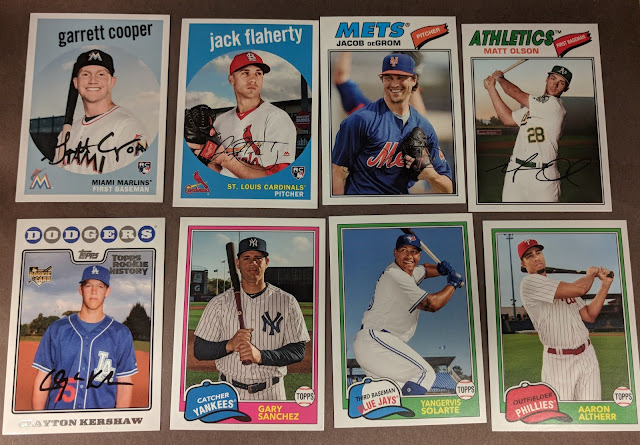 The star of this pack is the Kershaw rookie reprint. 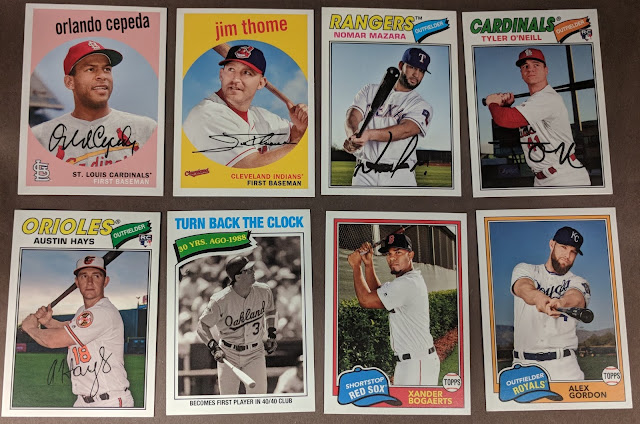 Cepeda on the Cardinals is a nice change of pace (most of his post-career cards seem to have him in a Giants uniform). And the Canseco '77 Turn Back The Clock is kinda neat. 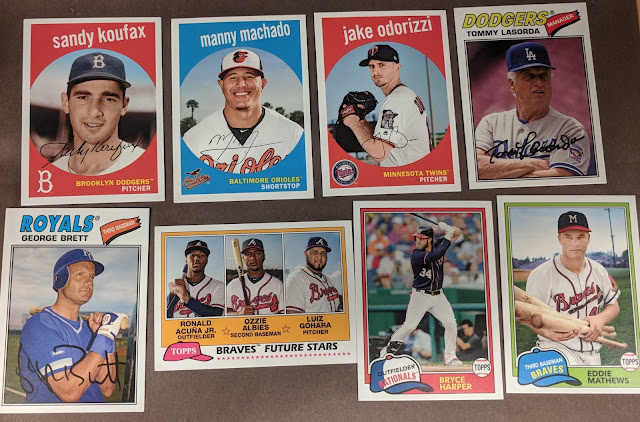 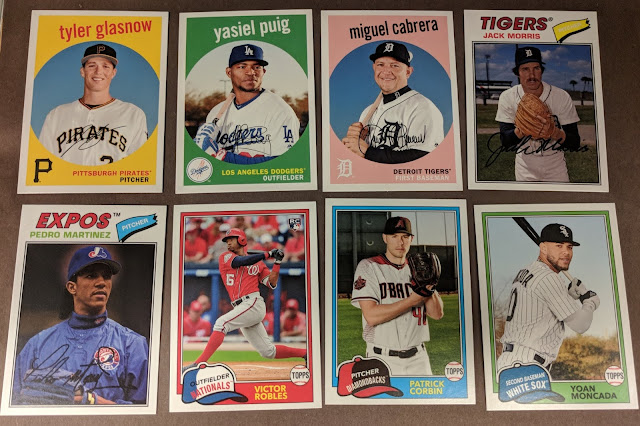 Looks like just base cards here. I should mention the card stock feels good this year; I think collectors are going to be happy with it. 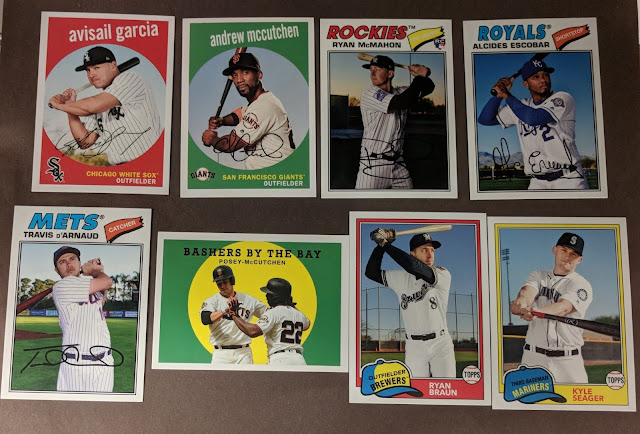 The '59 combo with Posey and Cutch is a nice touch. Glad they included some subsets from the sets they're paying tribute to this year. 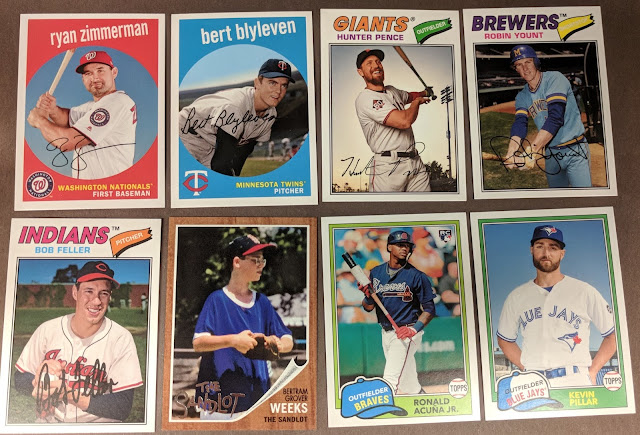 I had been getting worried that I might get shutout on a Sandlot insert-- I assumed they were one-per blaster, but hope was fading. But thankfully in the last pack, I pulled one. Bertram Grover Weeks isn't going to be among the most sought-after of these inserts, I'm pretty sure of that, but happy to check it off regardless, as I plan to go after the full Sandlot set eventually.

The blaster also included a 2-pack of coins. I don't care much for collecting coins, honestly. I didn't open it, but I could tell by looking through the wrapper that Donaldson and Albies are inside. 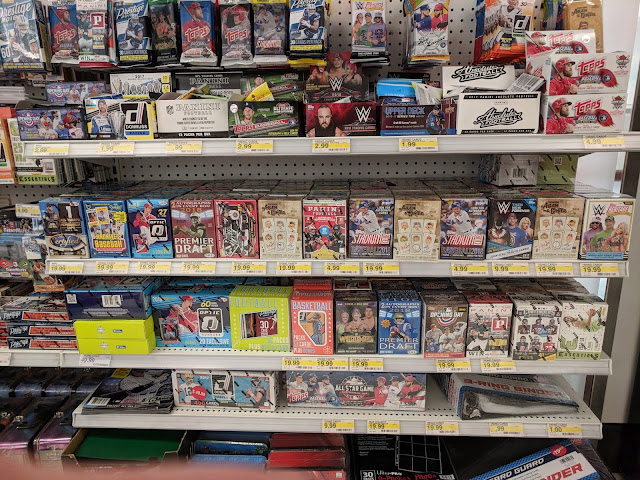 Man, I rarely go to Target, but the one downtown definitely has a legit card section. I know I've got an extra gift card or two at home, so maybe I'll remember to grab one and go back for another blaster tomorrow.
Posted by defgav at 4:49 PM