Right Next Door to Hell

Man, I'm ready for these 90°+ days to end. Feels like we're living right next door to hell.

The Guns N' Randoms series continues as we now begin posts titled after Use Your Illusion songs, featuring random cards I've added to my collection recently. 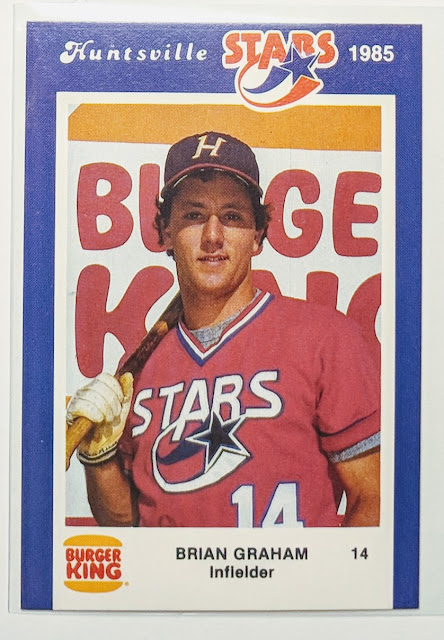 The subtle marketing in play on this card gives me a hankering for a fast food burger, ain't gonna lie. Brian Graham is a Guy from Granite who never made the bigs that I just "discovered" earlier this year, and have been working to build a respectable PC. 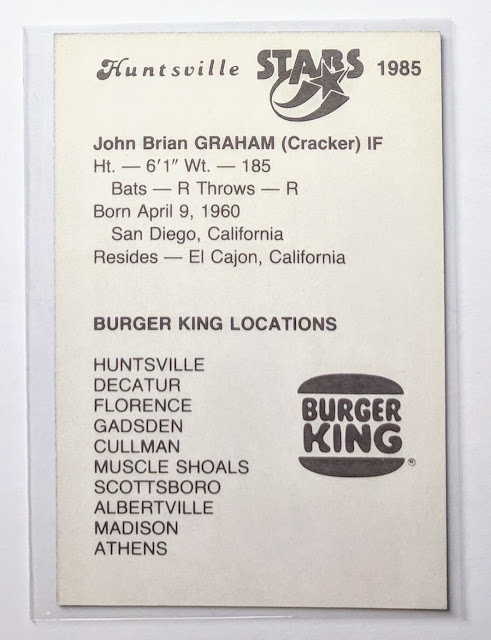 Graham "Cracker".. fun nickname. I might go for the sentimental choice of "Moonlight" (but I suppose this was before Field of Dreams came out). 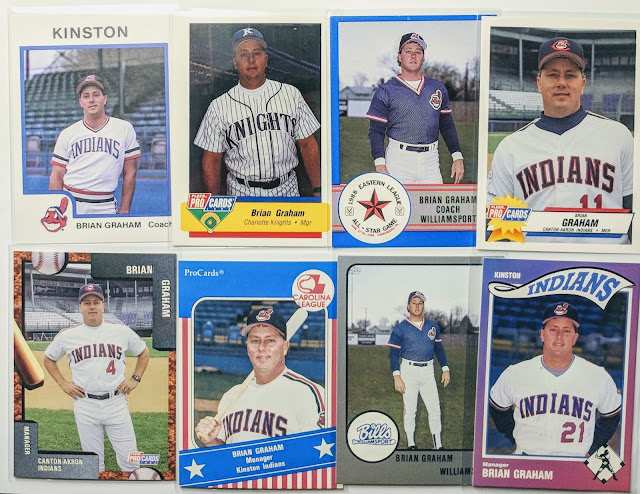 Graham also went into coaching after his playing days were done.

Funny thing is Graham helmed the 1991 Kinston Indians, where he managed another Granite Hills High School grad Brian Giles. And then again with the 1992/93 Canton-Akron Indians, 1994 Charlotte Knights, and 1995/96 Buffalo Bisons. I'm pretty sure these are the only instances of a Guy From Granite managing another Guy From Granite on a professional level. So that's kinda neat.


The Guns N' Roses song "Right Next Door to Hell" is apparently about a shitty neighbor Axl had. I can definitely relate, as I've had more than my share of shitty neighbors. While I love my hometown, and like collecting cards of guys who went to my high school as a way to connect to my past, that doesn't mean the entire population are necessarily quality human beings.

I know my regular readers are sick of me writing about Brian Giles (even literally wearing his pants), but turns out casual readers who stumble upon my blog might not feel the same. I just got this LOL-worthy comment the other day on my old post talking about guys from my high school who played in the minors but never made the MLB...

Seems this fellow missed the part about the post being about guys who didn't make the majors. Yep, I published separate posts for Brian Giles, Marcus Giles, and Shane Spencer.. and have posted about each of them several times since. Kind of embarrassing to have this dumbass "defending" my hometown by being an all-caps asshole, but I guess his misguided heart is in the right place.

I wish I wouldn't get bent out of shape by one shitty comment when well over 99% of my blog's reader interaction is positive. But oh well.
Anyways..

Sean Ross is another guy from my high school. He's still in college (my alma mater SDSU). Got a rainbow in the works here with the /50, /25, and /10 versions of this Leaf Perfect Game card from a couple years ago. 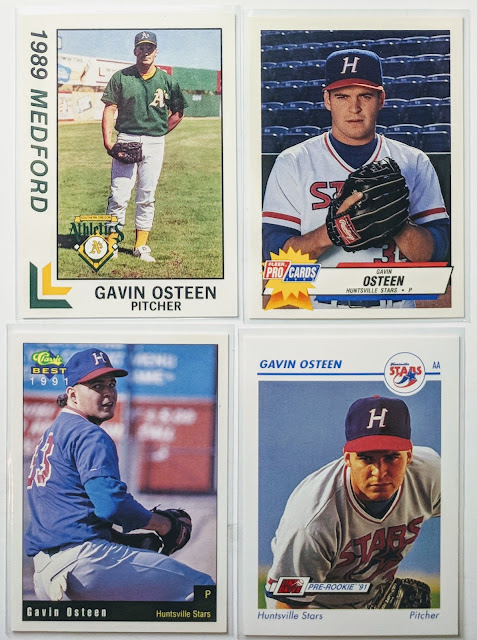 Moving now onto Gavins, here're some Gavin Osteen cards I needed from 89-91. 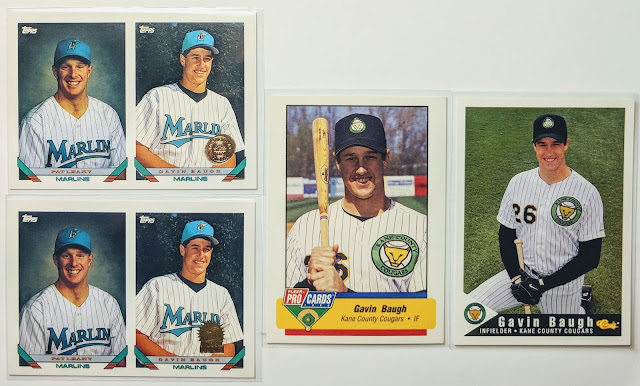 My Gavin Baugh PC gets closer to complete with the inaugural Marlins and Rockies parallels to 1993 Topps plus a couple minor league cards from his short pro career. 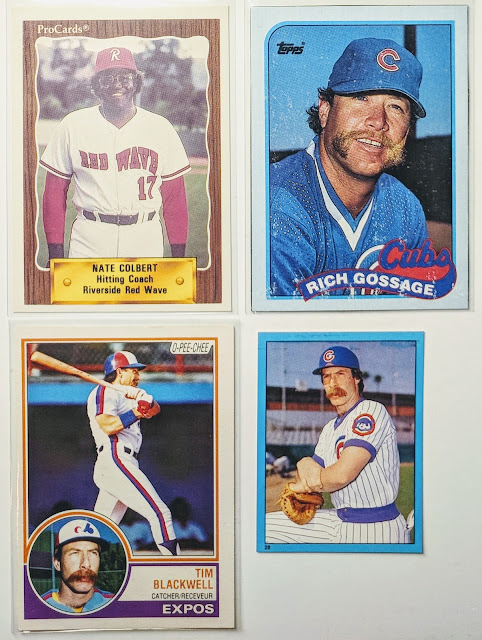 These facial hair all-stars are neither from my high school nor are named Gavin, but here's a Nate Colbert (I already had the sealed team set with this card, but nice to score a single), a Goose box bottom, and a couple oddballs of Mr. Blackwell. 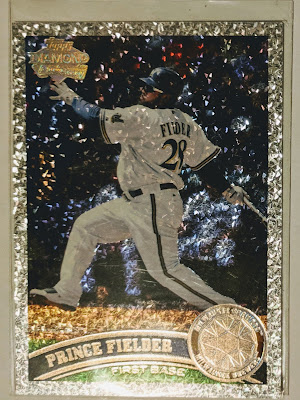 Lastly, a 2011 Topps diamond Prince Fielder via a surprise PWE from gcrl, who also included a Padrograph for me to give to Rod next time I see him. Thanks, Jim! Slowly making progress on this epic project.

Thanks for swinging by.
Posted by defgav at 4:25 PM