Here is the rest of my haul from this month's Portland card show. 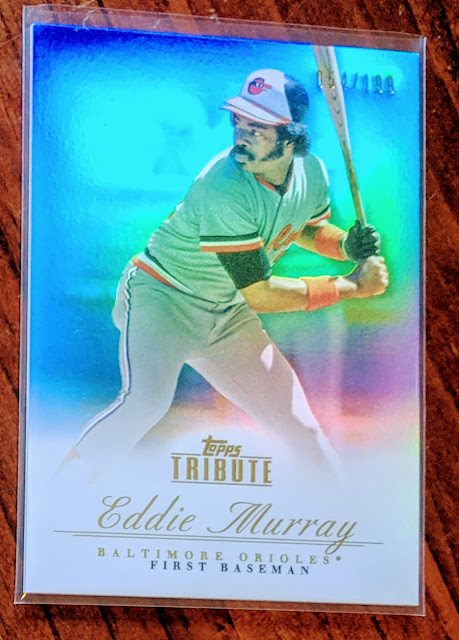 This Eddie Murray was 50 cents, though the majority of the cards in this post were from the same quarterboxes as the vintage I've shown in my past few posts.

Some early Arenado cards. Pretty sure I already have them, but seemed like a sweet deal.

Freddie Freeman is one of the few big stars of today I don't collect, but I couldn't pass up RCs and a numbered high-end parallel for a quarter each.

A couple 60s cards I could have grouped together with my vintage pickups, but since they're stamped buybacks, I don't really consider them true vintage anymore. Grabbed those as trade fodder. The Perez is from '83 Topps Traded.

Oh, and one seller had a bunch of Mother's Cookies team sets circa 84-92, and I was excited thinking he might have the 1989 Giants set so I could finally get the lone card of Goose Gossage as a Giant that I've been after for a while, but sadly that was one of the few sets he didn't seem to have. 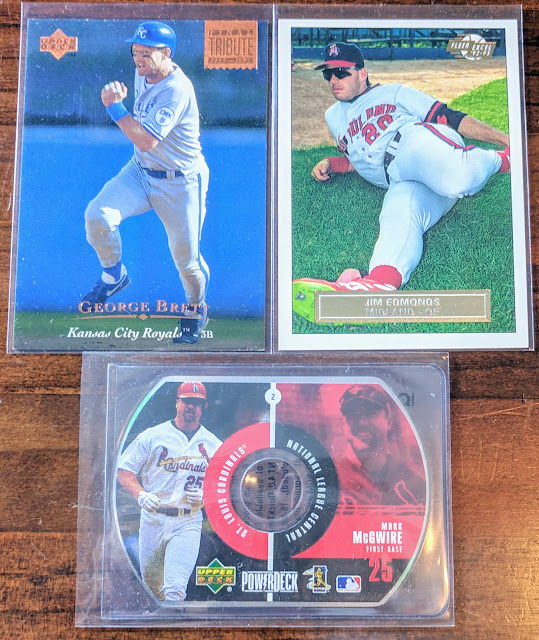 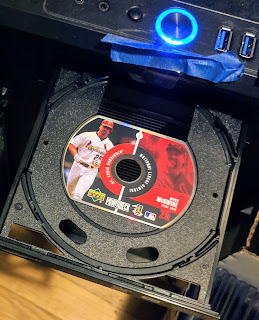 Turns out these Upper Deck PowerDeck cdrom cards play fine in standard CD drives, assuming there's a little recessed part for them to go in.


Here's the video from the McGwire cdrom.. As expected: it's just clips of a few homers over a generic rock soundtrack. (Blogger compresses the video when you upload it; the actual video on the "card" is slightly better quality.) 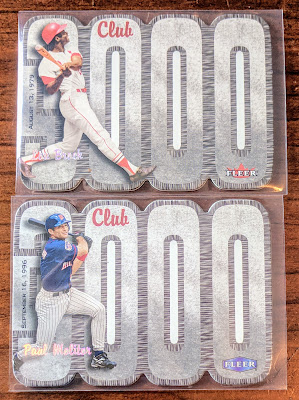 I haven't taken the plunge of going after all of these 3000 Club inserts, but won't pass them up cheap. Brock and Molitor here. 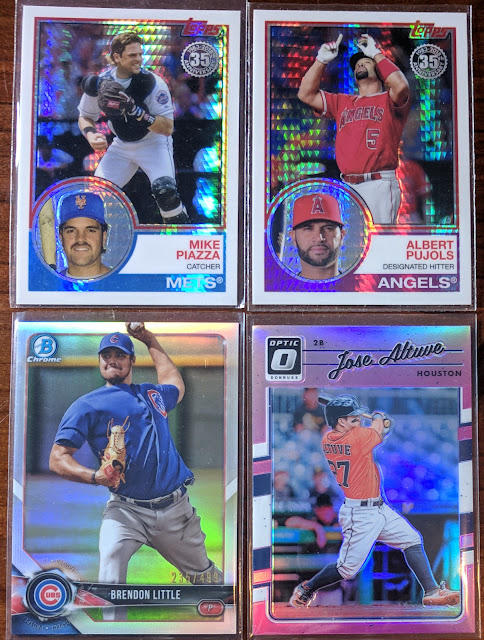 Parallels. Tim Anderson has been in the news a lot lately. 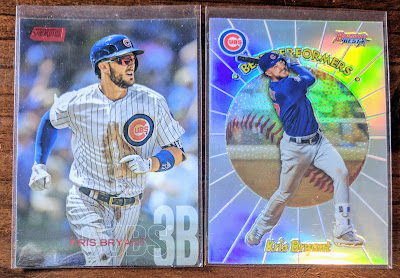 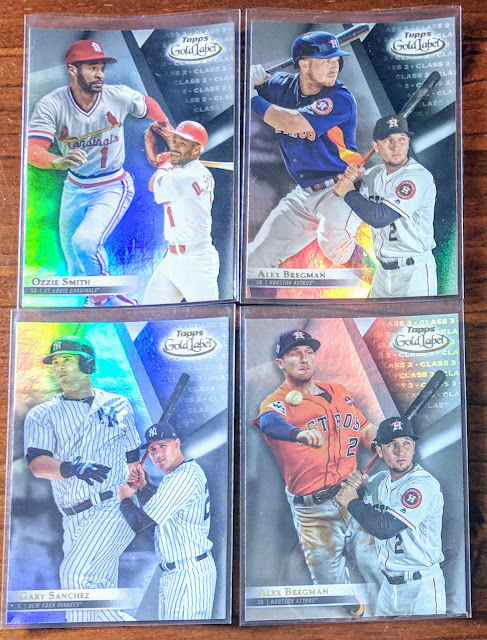 I'm a snob when it comes to the Gold Label reboot of the past few years.. just looking for "Class 2" and "Class 3" cards. (Update: I had a dream last night that the rare cards were actually Class 7 and Class 8.. and I was like, "Oh man, I need to update my latest post! Class 2 and 3 aren't anything special." I guess in a way that's true, as it's really only the colored/numbered parallels that are desirable.) The foilboard makes me sad. I miss the original version on Chrome refractor stock.

And that's a wrap!