Kerry on my Cardboard Blog

Met up with Kerry downtown Friday afternoon for a quick swap of cards. He metaphorically dunked on me and the team bag of cards I handed off to him by giving me a very impressive box of cards. The Vlad Jr. hype is intense! On mlb.com the other day, the top 7 or so news stories were about him and his debut. A bit over the top, but like most baseball fans, I'm interested to see how he turns out as a big leaguer. 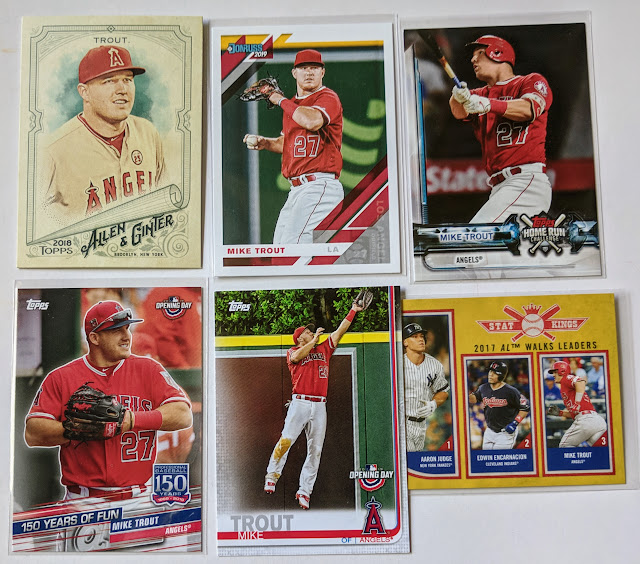 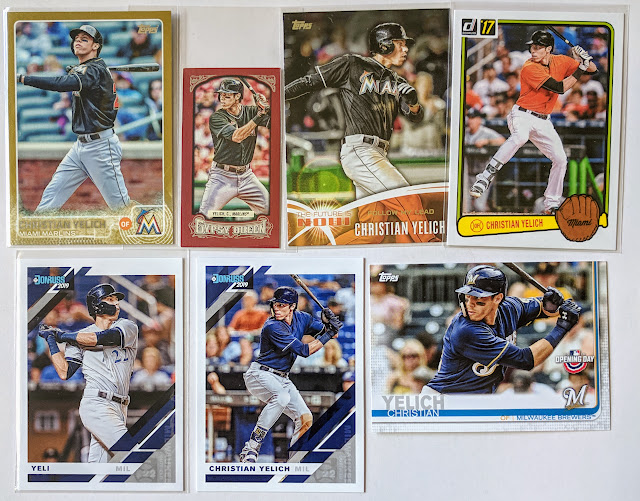 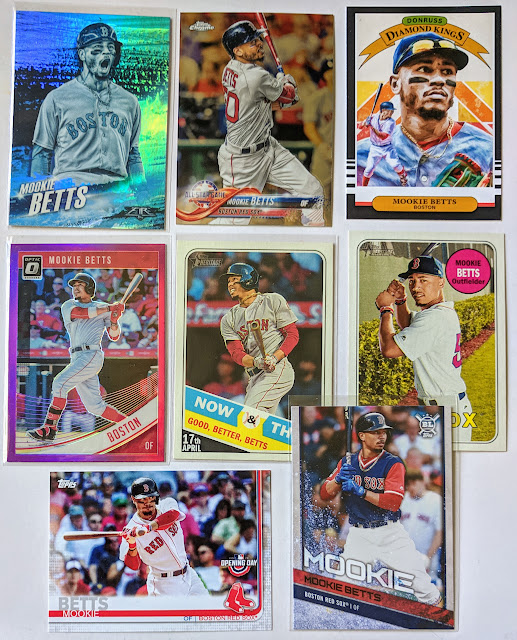 Reigning AL MVP Mookie Betts. Sure, sometimes I feel like a "basic bitch" of a card collector, turning my head for any hot rookies and MVPs. But hey, I also collect guys like Travis Taijeron and Matt Ginter, so I feel I've got well-rounded wants. 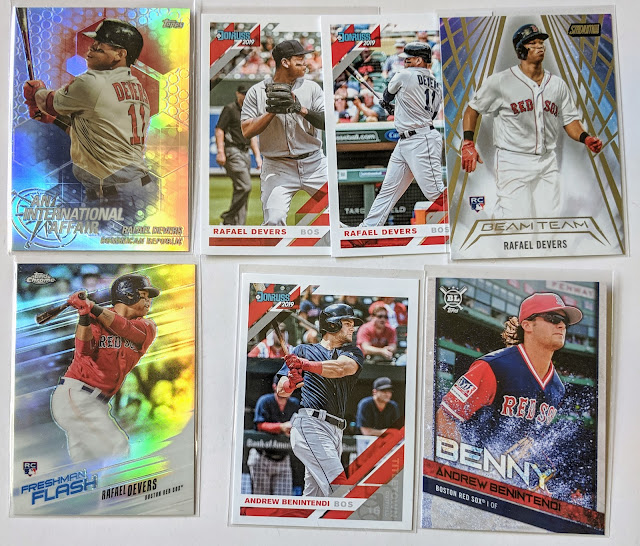 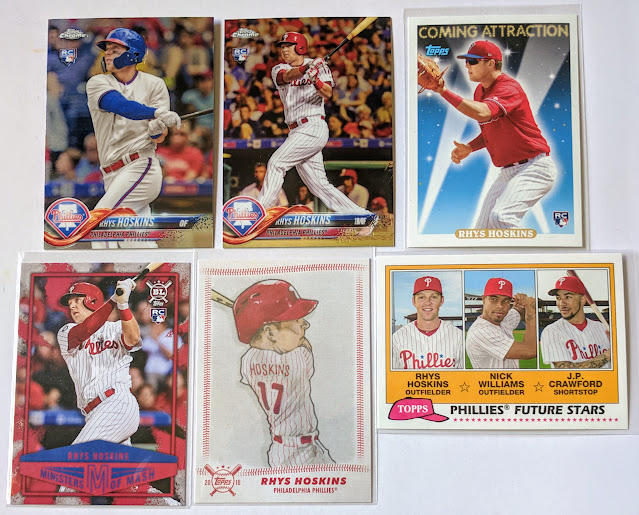 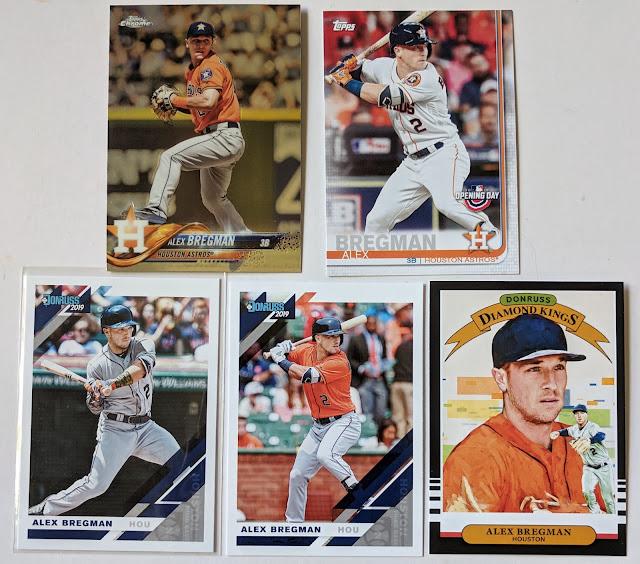 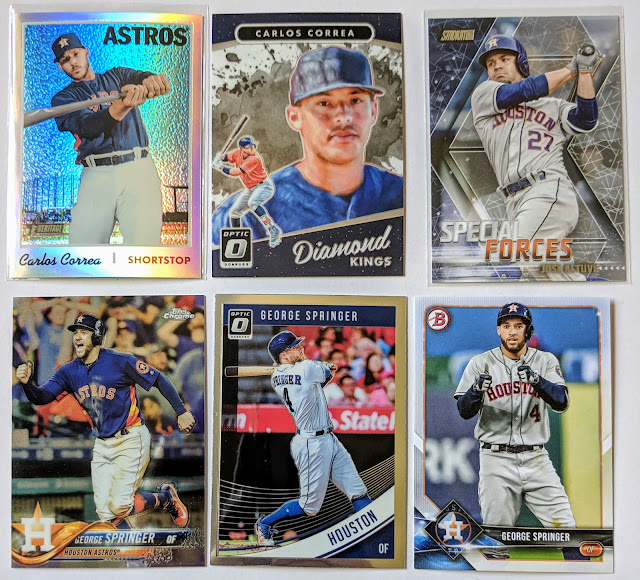 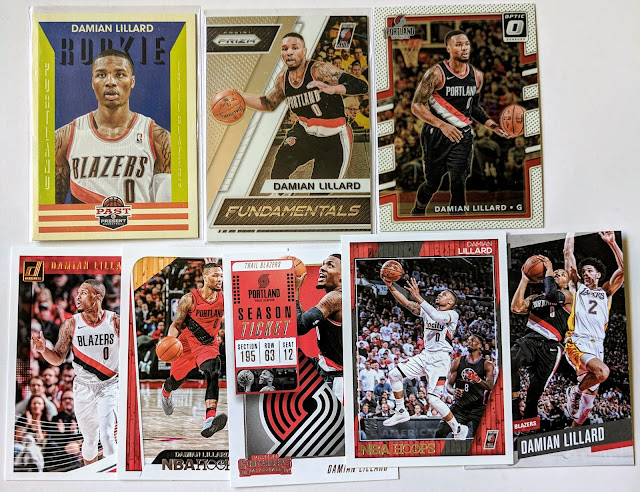 I've lived in Portland for over a decade now, but have yet to really jump on the Blazers bandwagon. But after that epic playoff-advancing buzzerbeater the other night that had all of Portland bumping, I was like, "Damn! I need to collect Damian Lillard cards!" And Kerry, a big Blazers fan/collector, was kind enough to get that PC started with this lot of dupes he had. 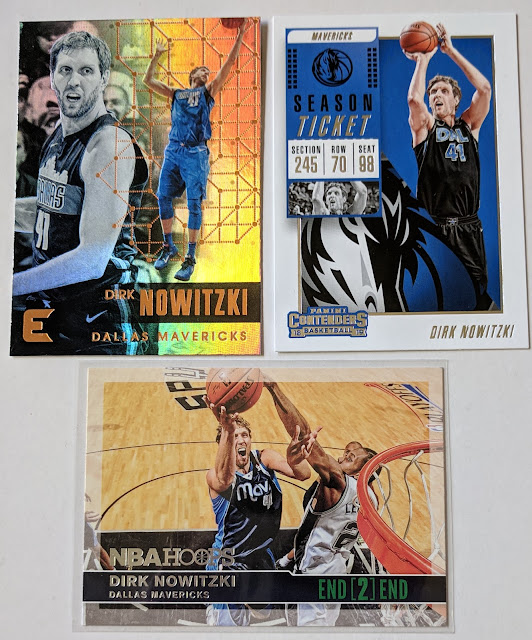 As I add one new name to the short list of active b-ball guys I collect, I lose another, as Dirk retired after the regular season. 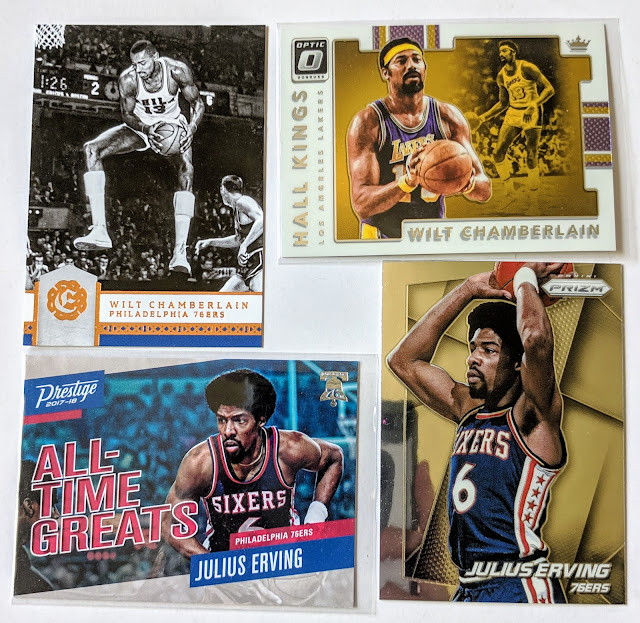 Most of the guys I collect in basketball are greats of the past, like Wilt and Dr. J. 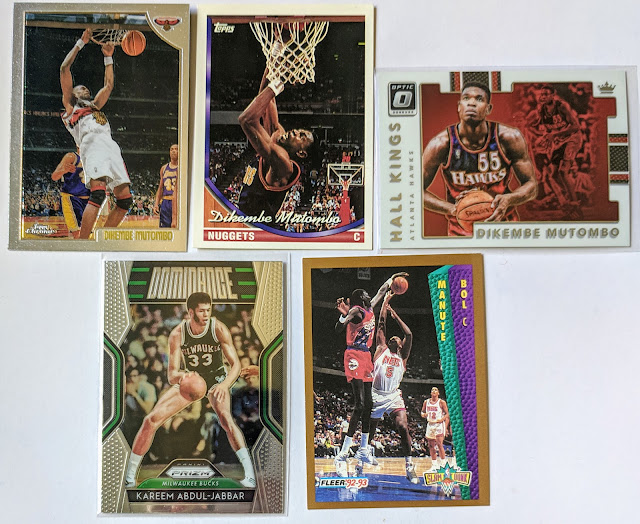 ...And Dikembe, Kareem, and Manute. 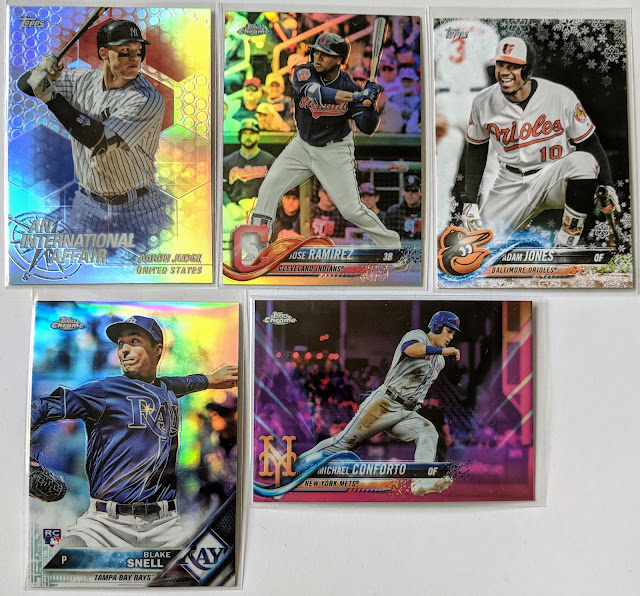 Back to baseball, with plenty of shine here. 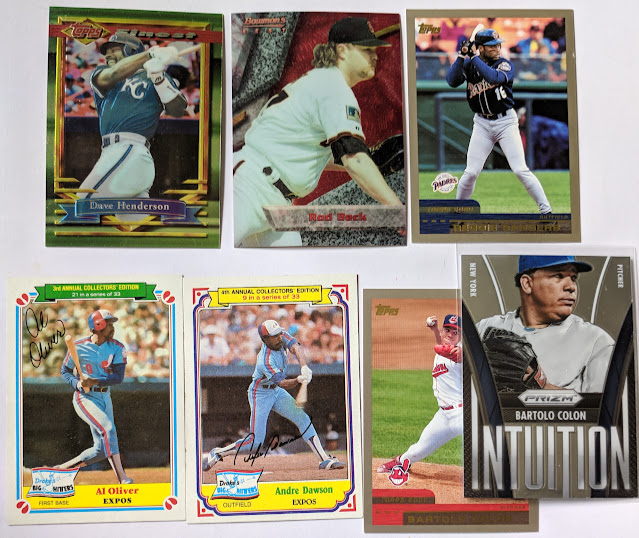 And some old-timer favorites. Dave Henderson cards always make me smile. And I hope Bartolo gets an opportunity to pitch this year, but it's not looking likely at this point. 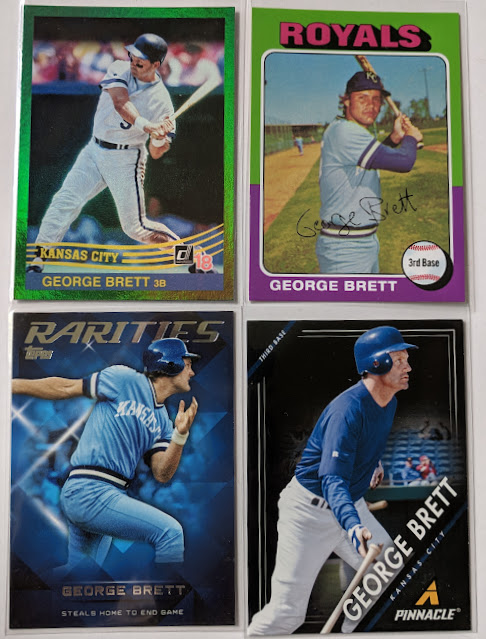 I just sorted out my George Brett PC the other day, seeing if I had hit the 100-card mark yet.. but fell short, around 90 cards. Keep creepin' up, though. 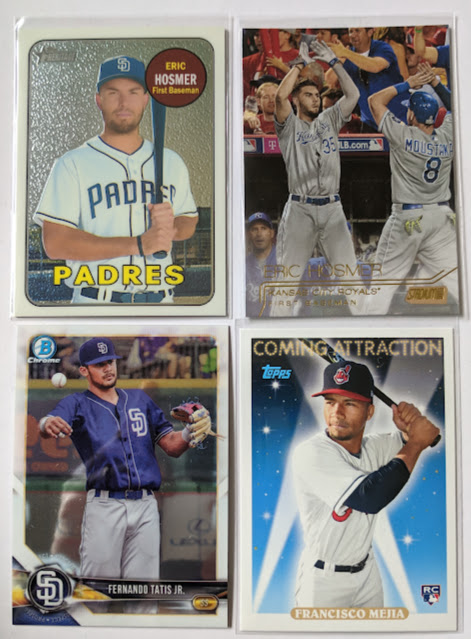 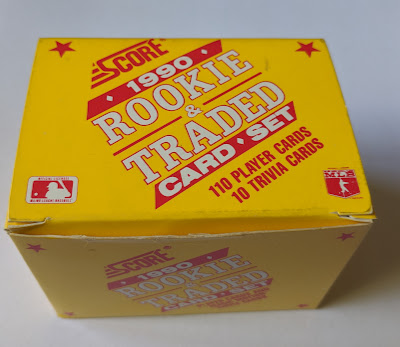 JOY OF A COMPLETED SET!!! I got a factory set of '90 Score for Xmas back when it was current-- that and a cheap '89 Topps from the Sears catalog were my first ever complete sets-- but never had a Rookie & Traded set to complement it. Some great cards in here! 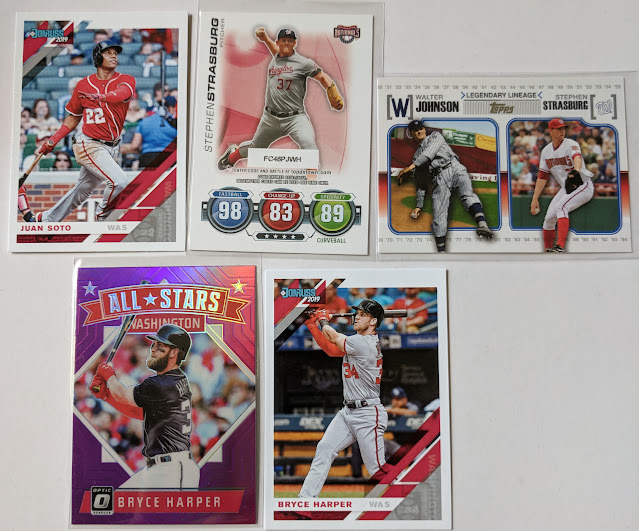 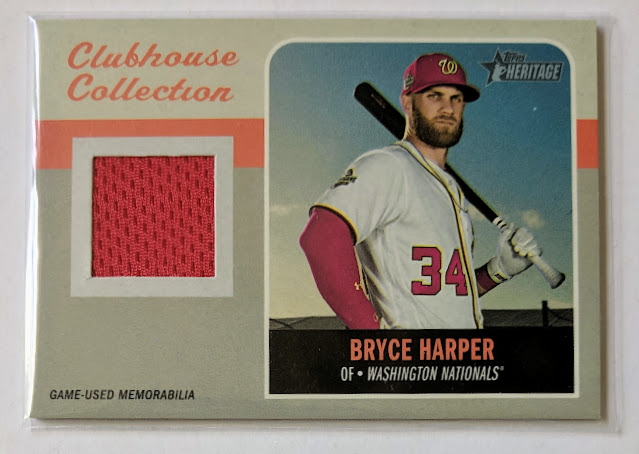 And a hit to take us home! Sweet!

Big thanks, Kerry! Great stuff. I'm in your debt and will try to balance the scales soon.