Everybody knows that I'm the top Dan Vogelbach collector on the cardsphere.

Ok, no, I'm just messing around. That's P-Town Tom, of course. But hey, I've got a respectable Vogelmoster player collection too.

Looks like the big fella is finally putting it together in the Bigs, putting up some huge numbers here in the first few weeks of the young season-- .836 SLG, 1.309 OPS, 251 OPS+ --making him the early favorite for AL ROY. So I figured I'd celebrate his success by revisiting the cards I've got of him. 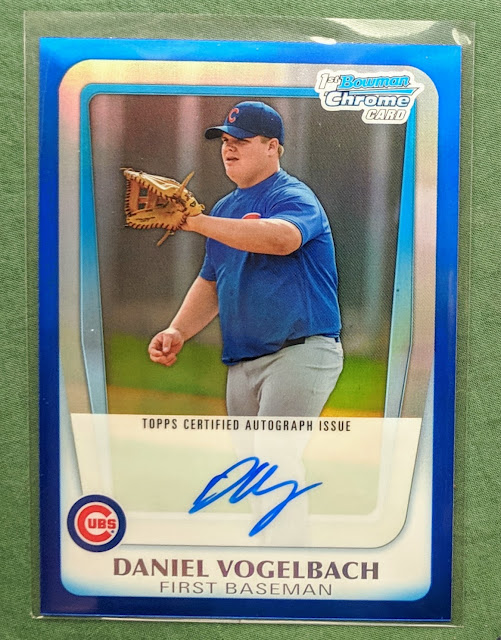 This 2011 Bowman Chrome blue refractor auto #/150 is my best Vogelbach card. I bought it for $26 three years ago, and these days it usually goes for around $80. 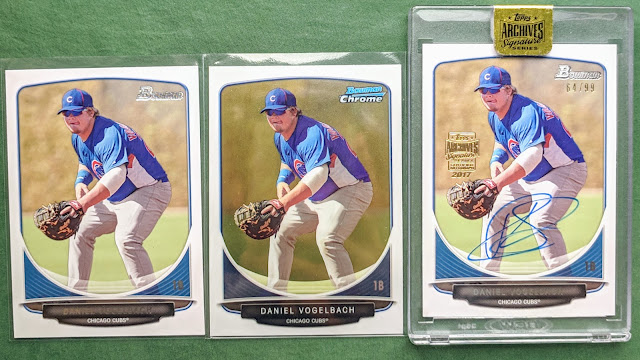 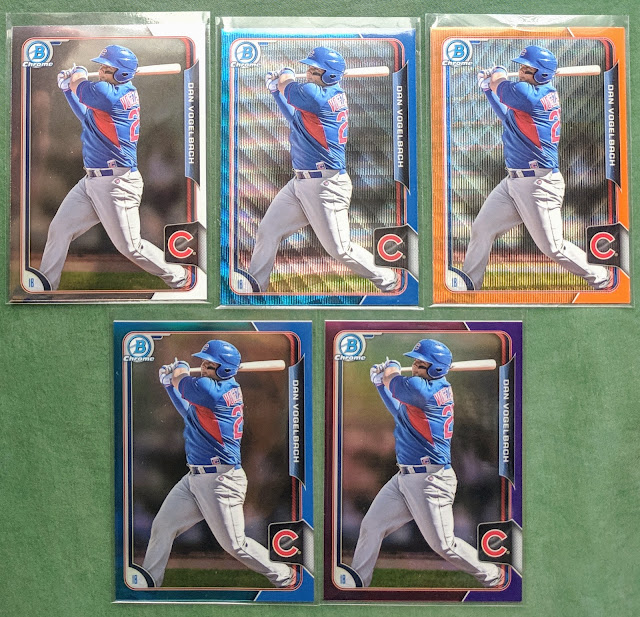 I love 2015 Bowman Chrome-- pretty much the only modern Bowman set that moves the needle for me. Got a partial rainbow going here. 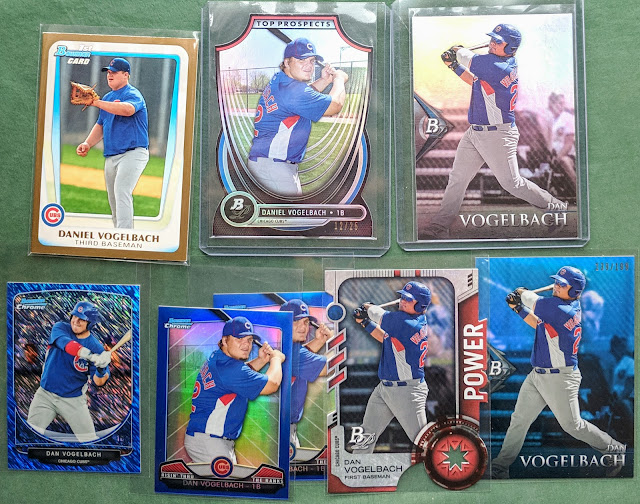 More Bowman stuff, including a Christmas Card in the middle. 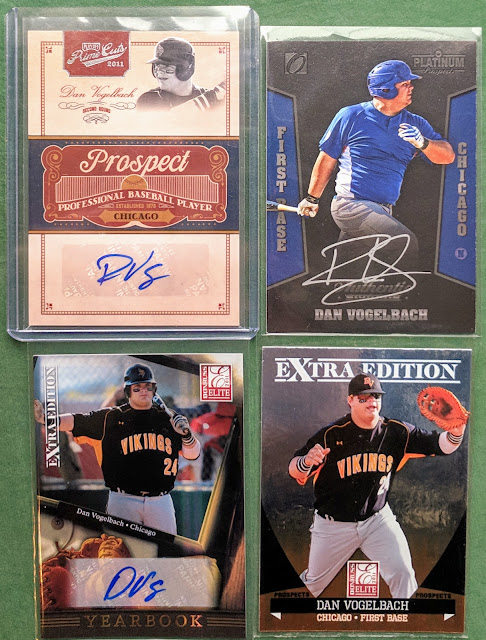 The "Changing Places" card is a custom I whipped up for Tom shortly after Dan got shipped to Seattle. It's based on a design of 2002 Fleer cards for traded players. 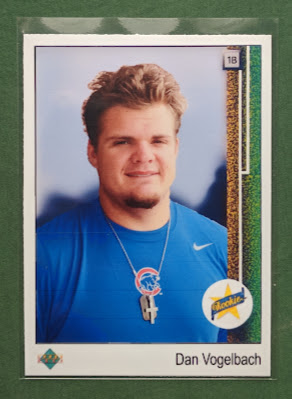 Another custom, going for a Griffey rookie look. I know I made a 3rd custom too, but I don't seem to have kept a copy for myself. Tried a couple TTM attempts that didn't return (yet?). 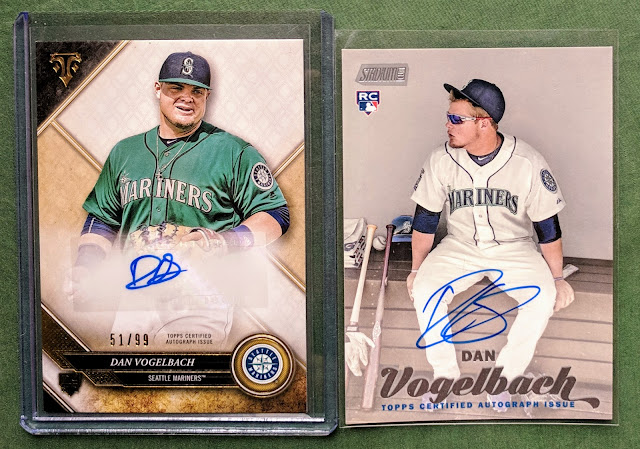 A couple more autographs to close out the post, with the Stadium Club card being the clear highlight thanks in large part to the on-card signature.

There you go. Wishing continued success to the Vogelmoster!
Posted by defgav at 3:22 PM