I posted about the Sandlot a bunch in 2018 (maybe too much. sorry). Now that I've re-completed the 2018 Archives auto set (picked up the hobby-only Karen Allen auto that came out later), I've been meaning to do a comprehensive post of my Sandlot collection. The film premiered 4/7/93, 26 years ago today, so seems like as good a time as any! (Er, didn't get it published quite as early as I liked, but it's still 4/7 here on the west coast as this post goes live.) 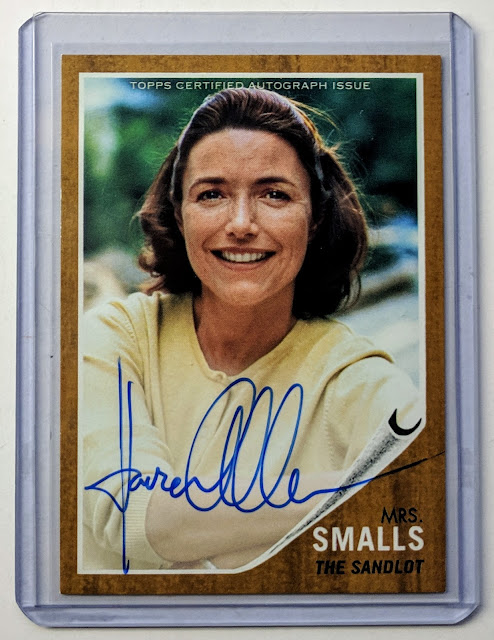 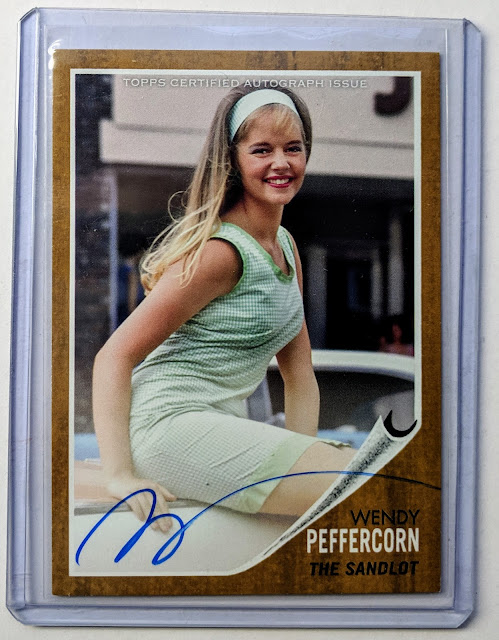 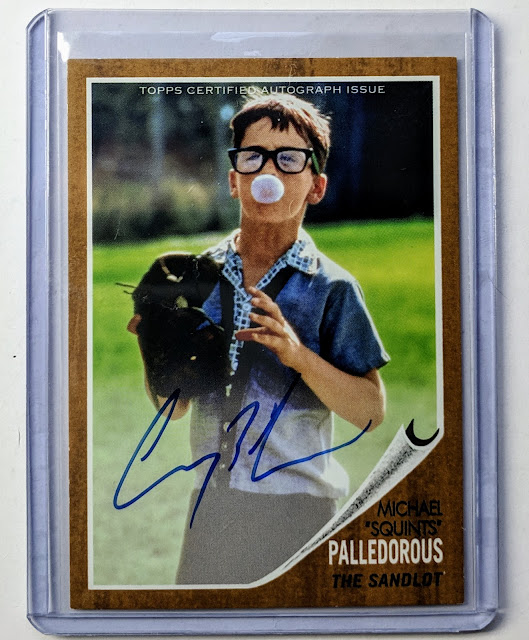 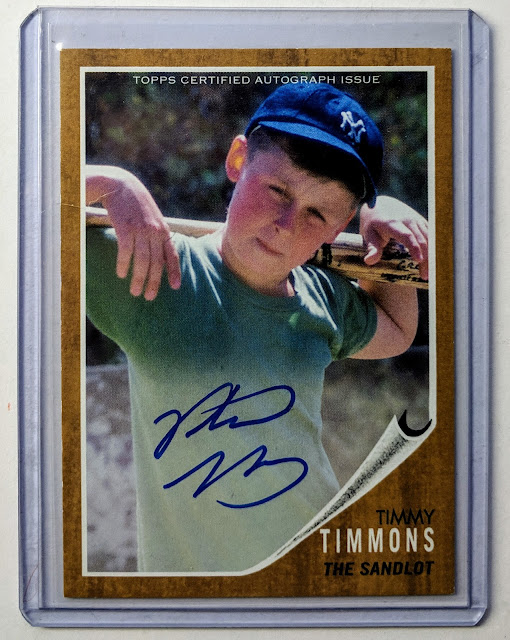 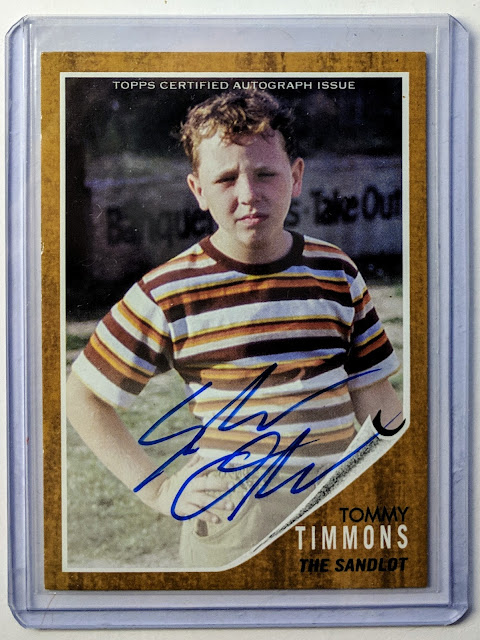 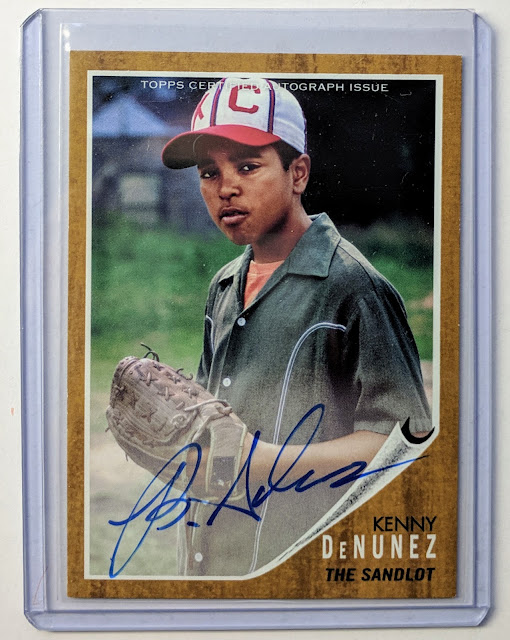 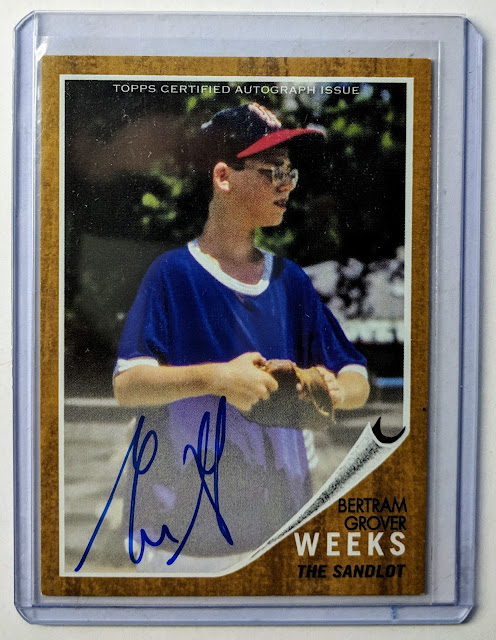 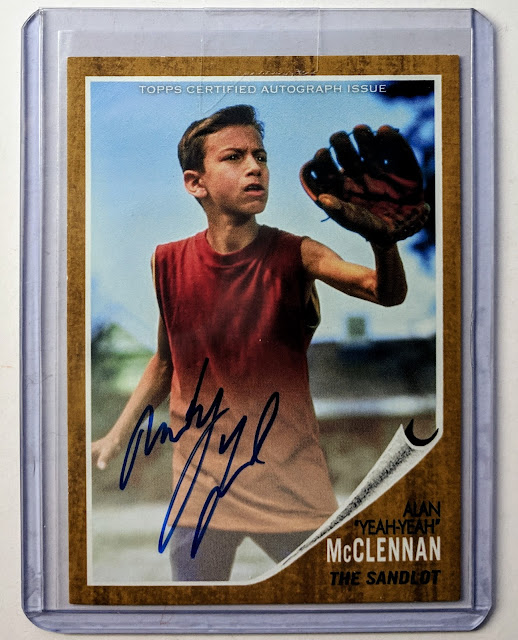 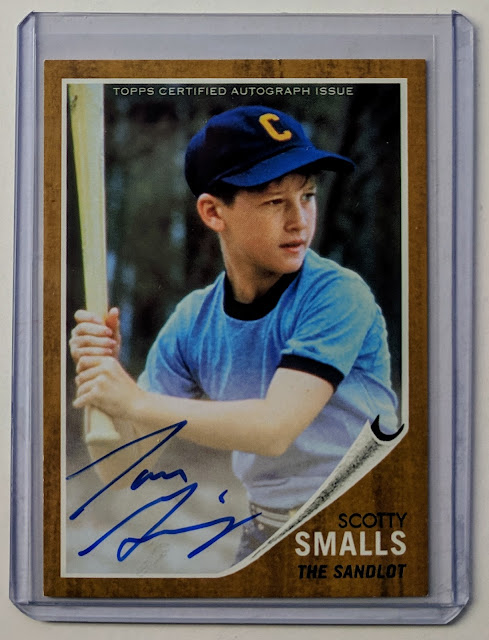 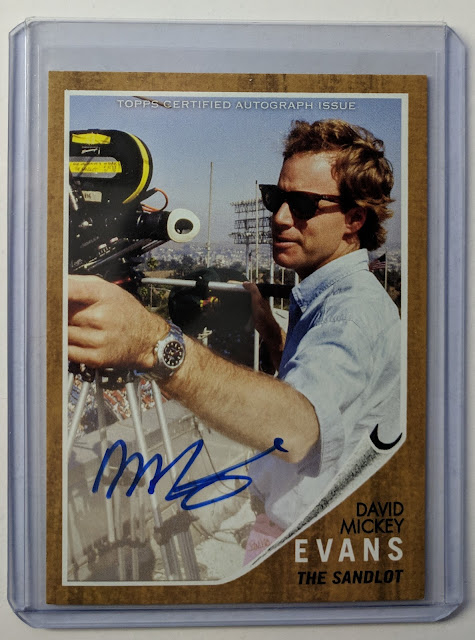 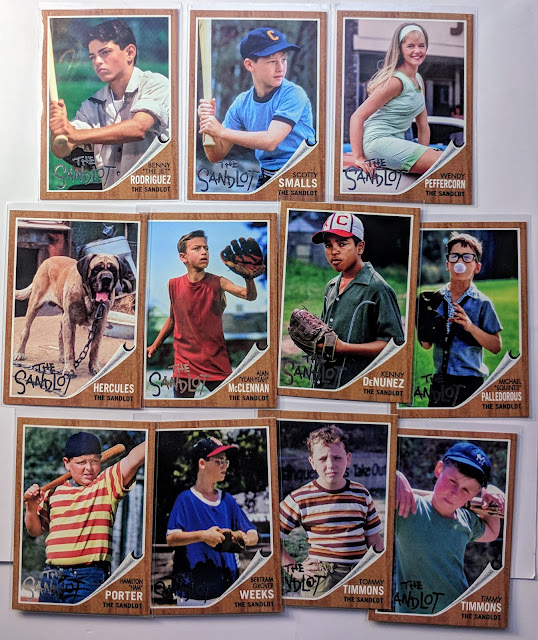 Here are the base (non-auto) inserts from 2018 Archives. These and the autos all have various parallels that I'm not bothering going after. 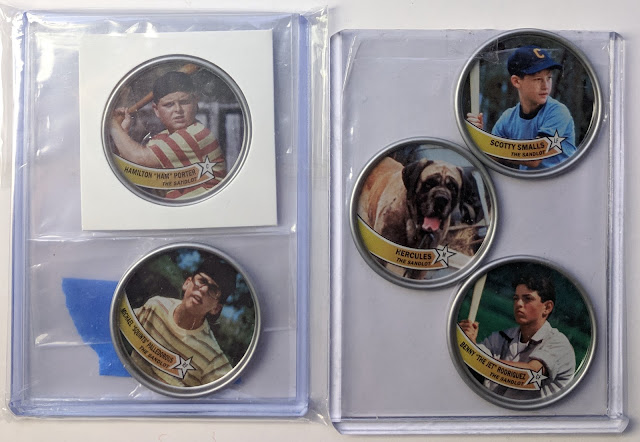 And here are the 5 retail-exclusive coins from 2018 Archives. 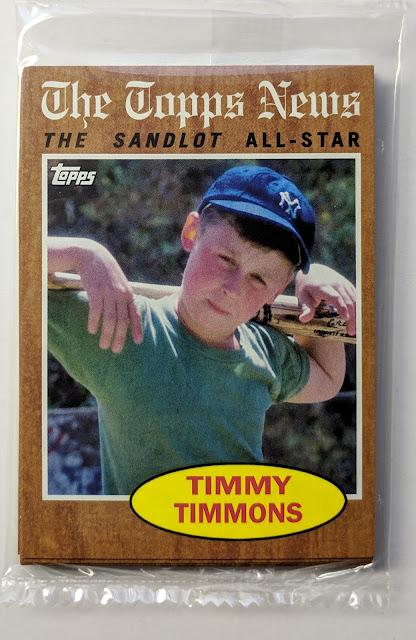 This is the card set that was included in the 25th Anniversary Collector's Edition home video release. I've kept mine sealed-in-wrap so far, but you can see all 10 cards in a post of Fuji's from last year. 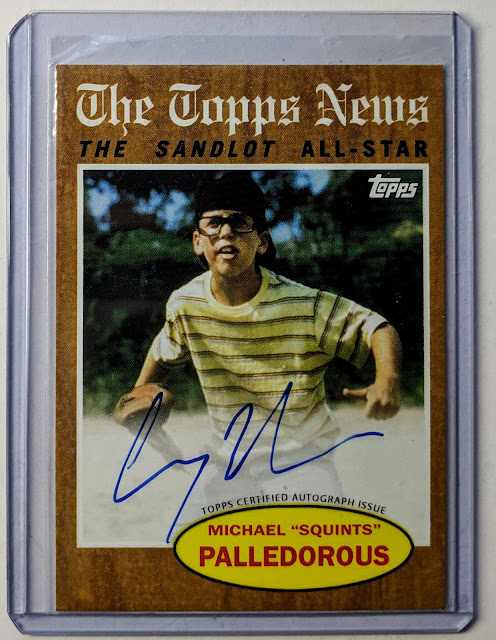 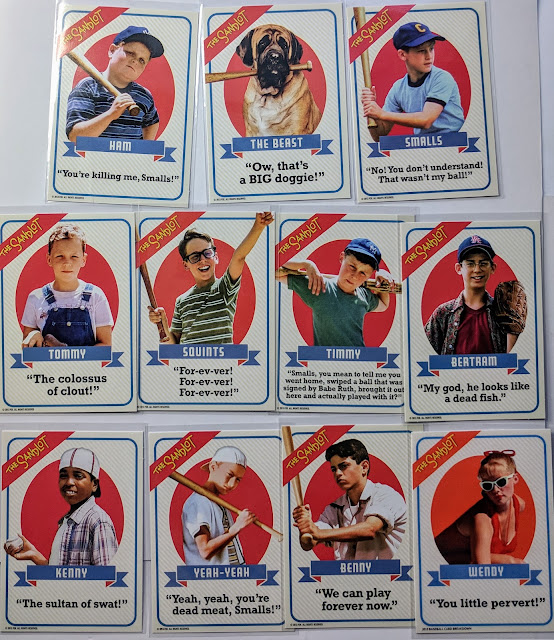 And this set was included with the 20th Anniversary DVD release. The last one (Wendy) is a "card that should have been"... whipped it up a few years ago and it's still one of my favorite customs I've made. 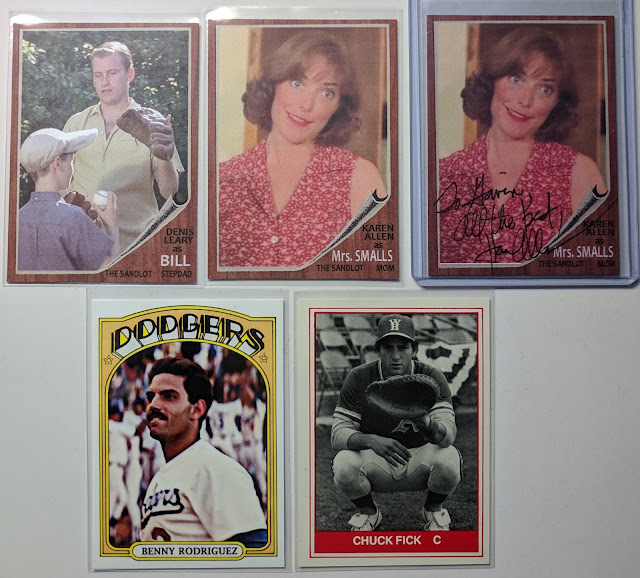 More customs. Well, the Chuck Fick is a real minor league card (After his playing days, he became a "Hollywood" baseball player-- including playing the catcher in Naked Gun and the catcher in The Sandlot's final scene). I very much love the Karen Allen auto (which I made and sent out to her as a TTM request before it was announced she'd have an official auto in the long-delayed 2018 Archives hobby edition.)

The most recent addition to my collection is the Mr. Mertle "playing days" custom (available in both "vintage" and "reprint" styles), a mash-up from his Bingo Long character, imagining this was Mr. Mertle in his prime. 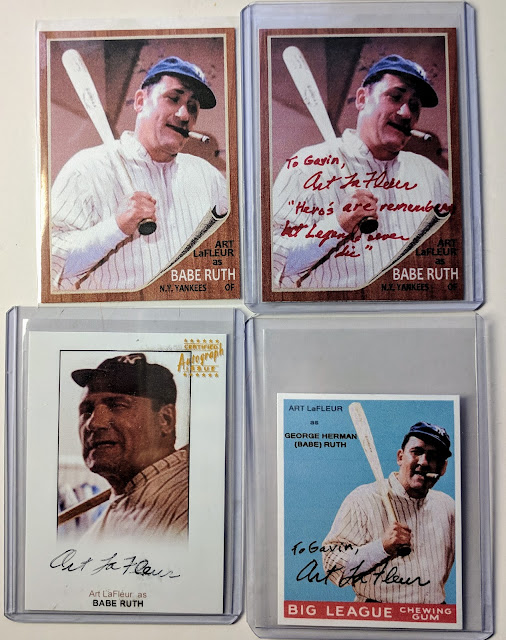 And closing out with my favorites: custom "Babe Ruth" cards I was thrilled to get signed by Art LaFleur himself.

So there you have it! I gotta think my Sandlot card collection measures up pretty well to any others out there, though I know there's still plenty of stuff I don't have. Feel free to get in touch if you've got anything available that I need.
Posted by defgav at 9:44 PM

Email ThisBlogThis!Share to TwitterShare to FacebookShare to Pinterest
Labels: Sandlot