Welp, the time has finally come. Long time readers of this blog have no doubt seen this coming for a while now.

Starting now I will no longer trade cards.

Trading stresses me out as I nearly always end up feeling bad that I either didn't give enough or didn't receive enough. And my stock of tradable cards has dwindled down pretty small and I haven't been ripping new product to replenish it. And with the ever-rising USPS postage rates, it's become too expensive.

...Ok, ok-- you got me! I'll admit this is a halfhearted April Fool's joke. I'm not quitting trading. I mean, the reasons I gave for why I should quit are all true, but no, trading is still fun. I feel I've been cutting back lately, but don't think I could ever fully stop.

Seems 2019 had been shaping up to be a slow year tradewise, but in the past week or so, I've gotten several packages/PWEs in the mail from trader buddies-- probably more in the past 10 days than the rest of the year combined so far. 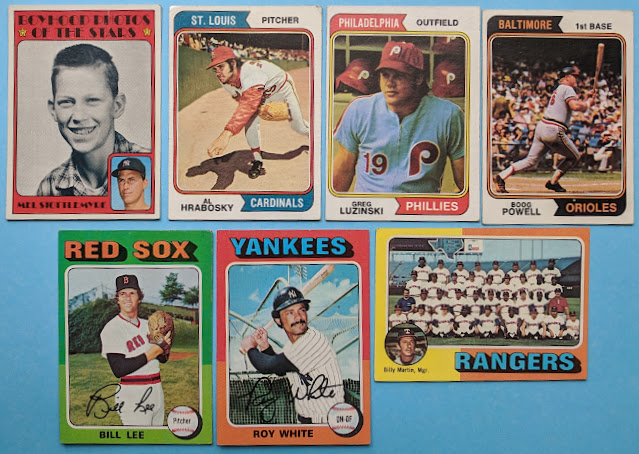 Night Owl surprised me with a bunch of vintage set needs. Some solid names here! 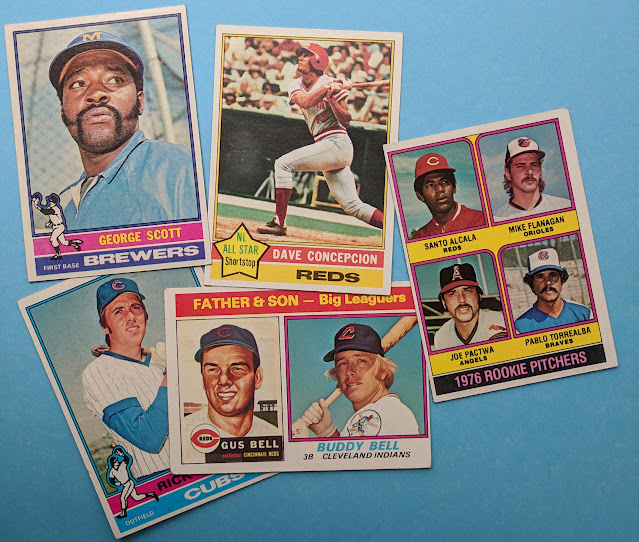 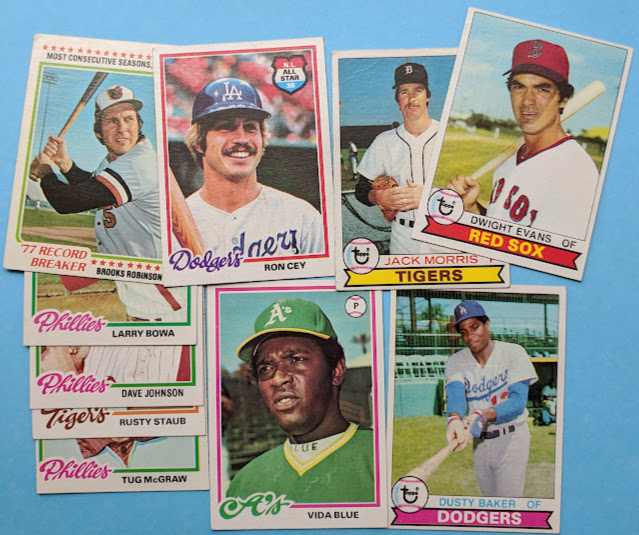 Getting a Ron Cey from Night Owl is like kissing the Pope's ring. 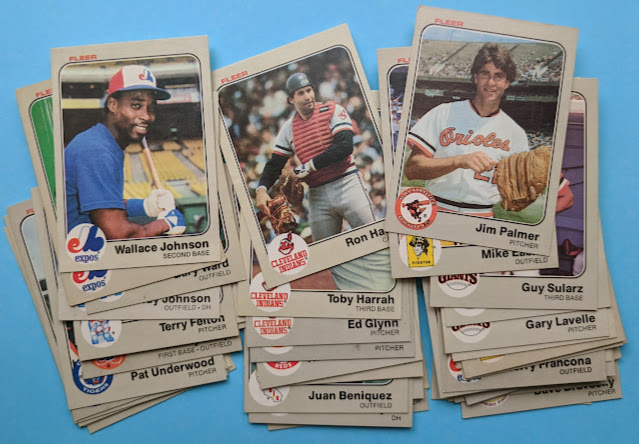 Out of all the 80s Fleer sets, I think I've got the least amount of '83, so this was a nice lot to help that future setbuild. 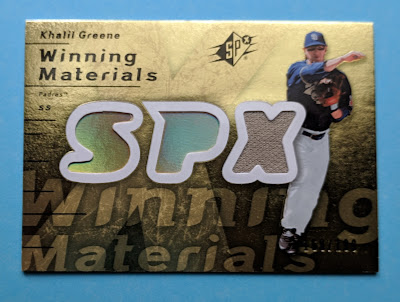 And a nice hit with a Khalil Greene relic /199.

Thanks, N.O.! I'll round up a return for you shortly.

Next up is what I think is my first trade with Adam at Cardboard Clubhouse. Andre Dawson and Vida Blue for the PCs. 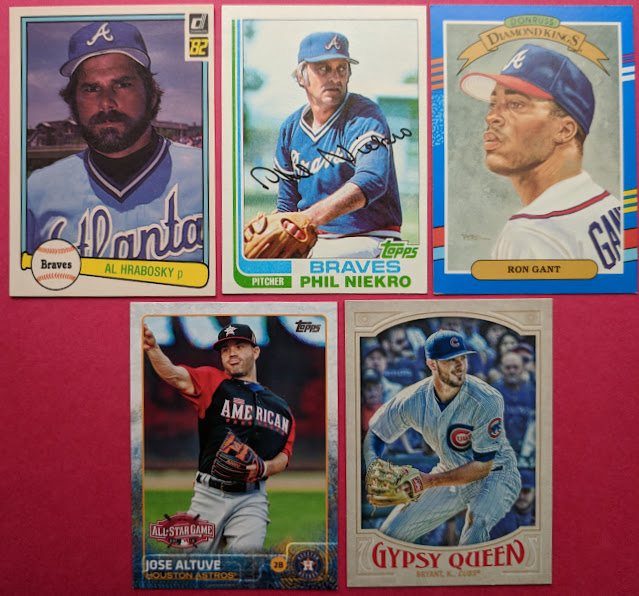 Some Braves from yesteryear and a couple stars of today. 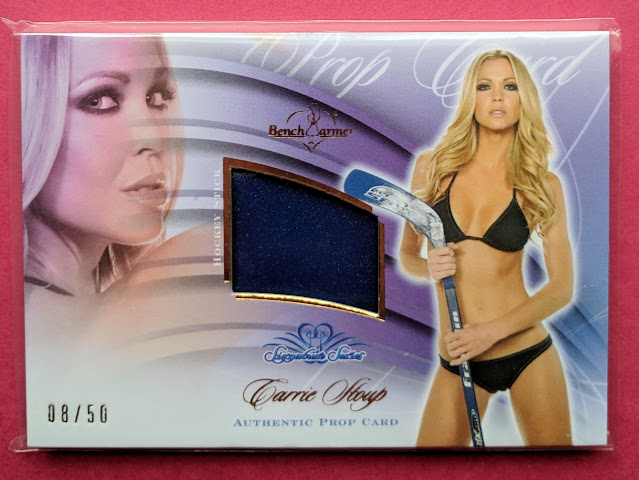 But the big card in the package (literally thicker than the rest of the cards put together) is this card of a pretty girl holding a hockey stick, and an embedded piece of said hockey stick. Neat! 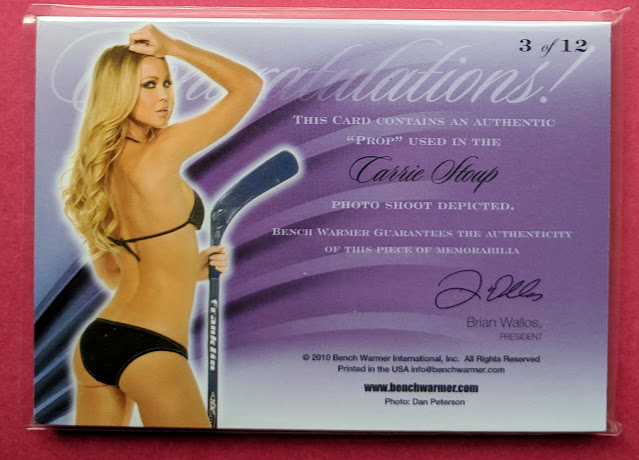 Good stuff. Thanks a lot for the trade, Adam! Bo kindly filled some holes in my Tekulve PC that I showed off recently. Love the goofy '88 Fleer pic. 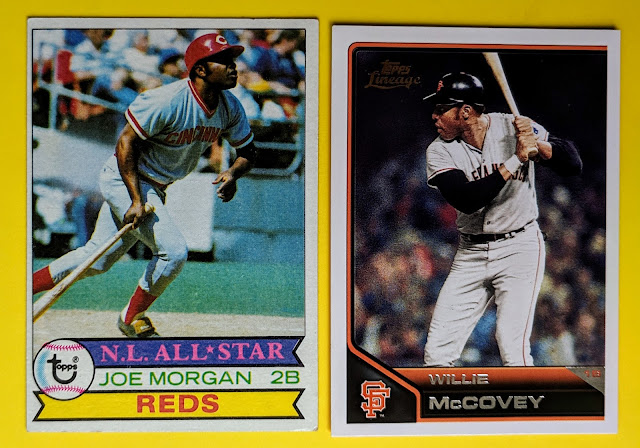 A Joe Morgan for my '79 Topps setbuild and a McCovey.

Last one for today is my first trade with Alex from Chavez Ravining since 2014, I think! He took an extended hiatus from the cardsphere, but good to see he has been back at it lately. 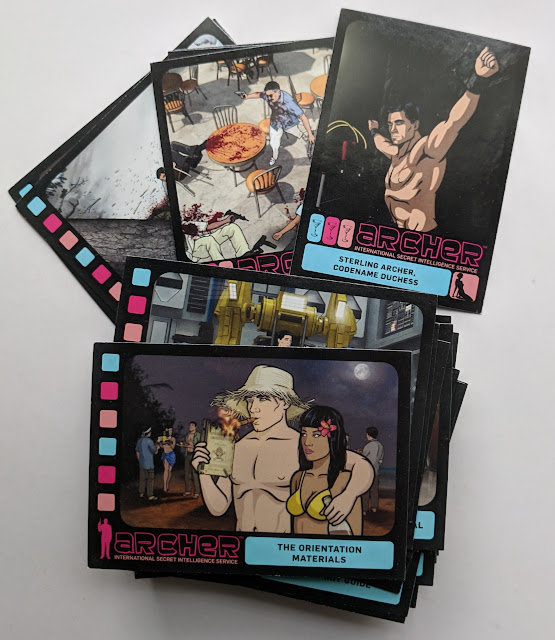 Here's a complete base set of the Archer cards from a while back. I haven't watched it in a while, but it's still a favorite. 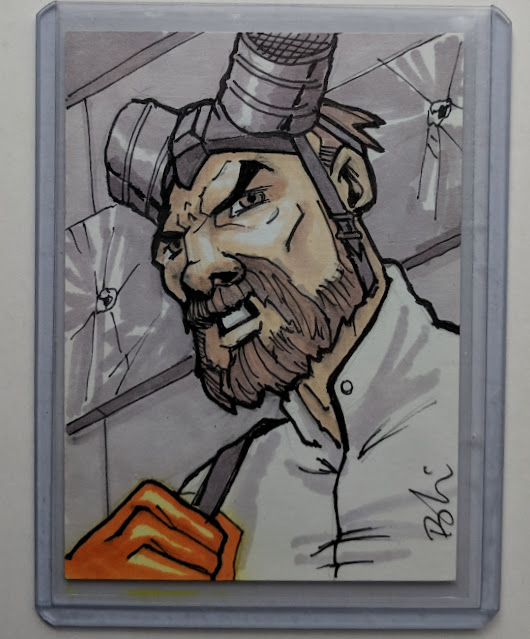 We wrap things up with a 1/1 sketchcard that Alex had commissioned back in 2014. (not a pack-pulled sketch card, but this artist did have cards featured in that product). Krieger is a great character, and I'm glad Alex thought of me when slimming down his collection a little.

Thanks again, Alex! I'm working on putting a return together for you.
Posted by defgav at 5:16 PM