Card Show Quarterboxing from the 50s

Vintage-heavy card show haul for me today. The biggest purchase was $37 worth of cards from Bill's quarterboxes, most of which was vintage. Turns out it was Bill's first Portland show of the year thanks to a car accident knocking him out of commision for a while.

The oldest cards I picked up were 1952 Bowman. For 25¢, I'll happily snag any early Bowman regardless of condition, assuming a kid didn't draw a mustache on it (drawn-on mustaches are where I draw the line). Beautiful cards. 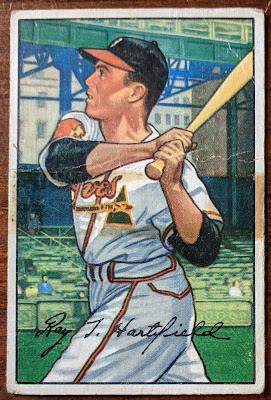 Roy Hartsfield was a crackerjack fielder, so I hear. 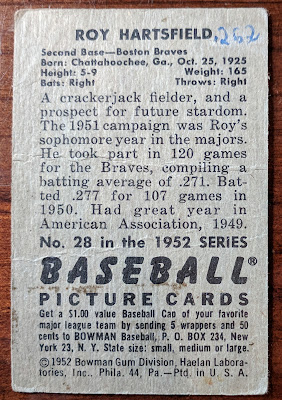 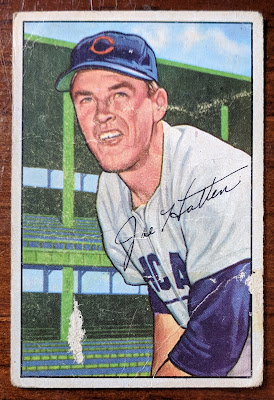 Joe Hatten was a rubber-armed pitcher. 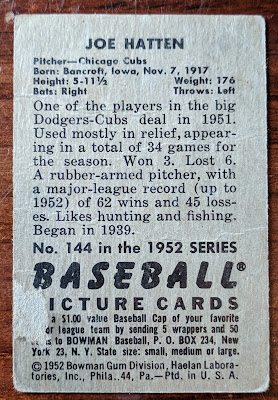 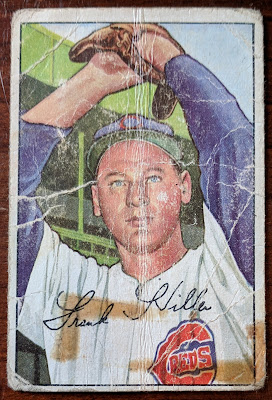 Frank Hiller is probably the roughest condition card I picked up today. 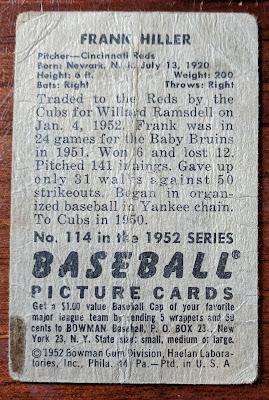 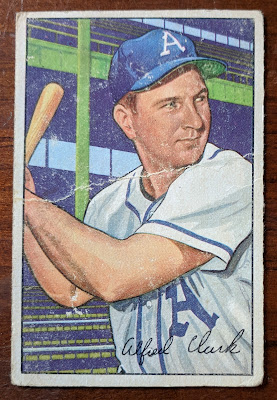 Allie Clark was mostly a backup player. Won back-to-back championships with the Yankees (1947) and Indians (1948). 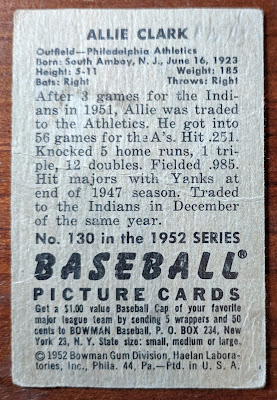 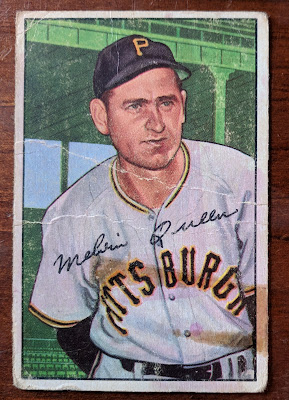 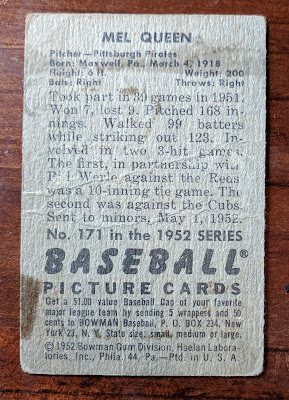 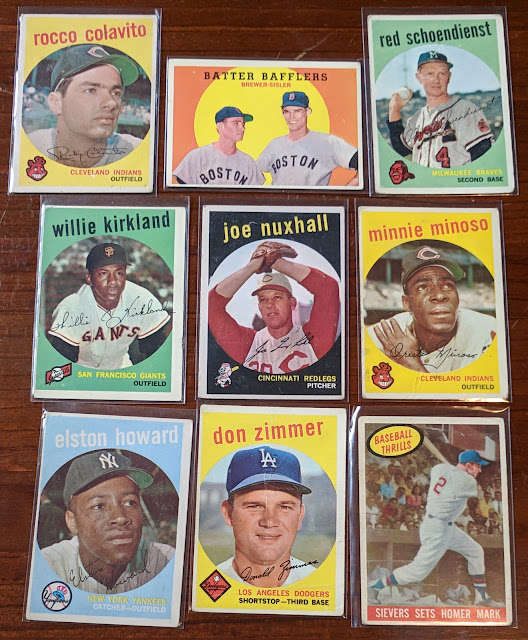 Also picked up a page's worth of 1959 Topps. Some solid names here. Not great condition (Minnie has a bad back), but for the price, works for me. I'm still trying to talk myself out of trying to complete this set someday.

That's all for today. I'll probably do separate posts recapping the 60s, 70s, and "other" cards from my April card show haul. Thanks for poppin' by.
Posted by defgav at 3:51 PM