Ok, I've been distracted, but let's finish off the pickups from my latest COMC shipment. 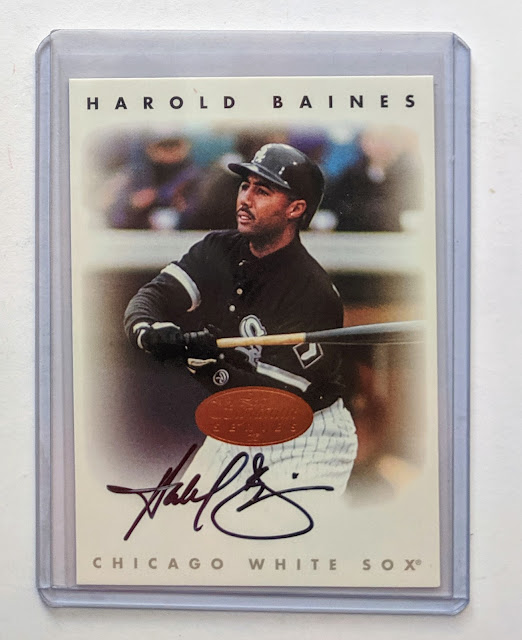 I think I snagged this Harold Baines bronze auto the day he was elected to the Hall. It was cheap and I figured induction typically results in a healthy bump of card values. But really my intention is that I love 1996 Leaf Signatures autographs and may go after a full set of them someday far from now once I finish the other collecting project I've got in the works. 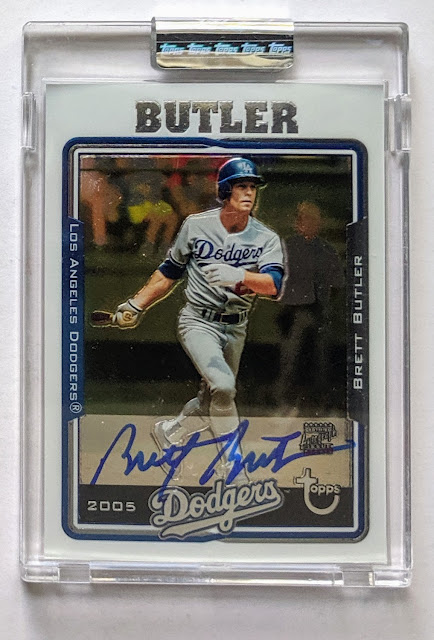 Yeah, I post about Topps Retired, the product line that lasted for 3 years 2003-2005, a lot here on the blog. I keep an eye on these cards, and when this '05 Brett Butler I didn't have popped up at a good price, I snatched it up. 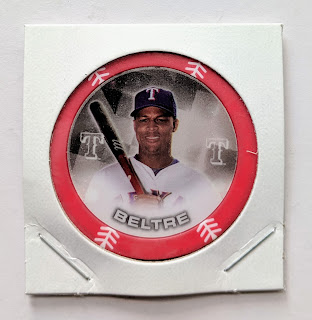 I've been lazy about my big glow-in-the-dark cards post-- it's been "in the works" for over a year now-- but I'm committed to finally publishing it sometime later this month, so get excited. Anyways, this is a glowing red parallel Topps Chip of Adrian Beltre. Kinda funny how COMC puts these things in coin holders though they don't really fit very well. 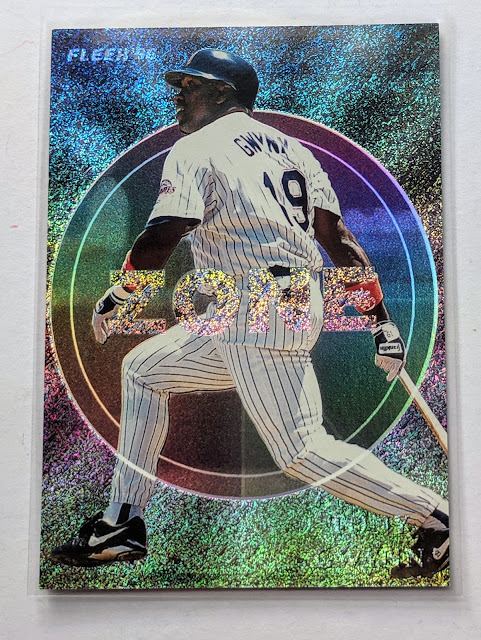 I'm a sucker for shiny cards. I saw somebody on Twitter gushing about these 1996 Fleer "Zone" inserts and had to track down one for myself, scoring Tony Gwynn here for a buck or two. Gotta admit it's pretty sweet in-hand. 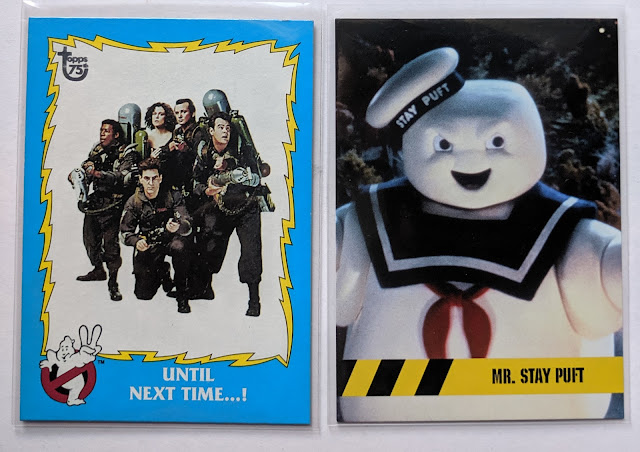 Now a few non-sport things to cover, starting with a pair of additions to my Ghostbusters PC. The card that looks like a buyback is actually from 2013 Topps 75th Anniversary, which was a set Topps put out consisting basically of reprints of non-sports cards they've released over the years. It's a reprint of the final base card in 1989 Topps Ghostbusters 2, and the back has a little write-up on the set. The Stay Puft card is a promo from 2016 Cryptozoic Ghostbusters. Now all I need is the tougher-to-find Gozer promo card to complete the 9-card Character Bio insert set. (And while typing up this post, I found Gozer for a reasonable price and snatched it up.)

These might seem like 3 of the same card, but they're different! In fact, there were a couple coincidences here that blew my mind. I busted a couple boxes of 1988 Topps Pee-Wee's Playhouse Fun Pak, and ended up ONE card short of a complete base set (each card has a variation with different background). And the one card I needed just so happened to be one of the only 3 cards from the set available for sale on COMC. So that was a "what are the chances?!" trip. And I didn't even realize it at the time, but that one card happened to be the one card Topps chose to reprint in their aforementioned 75th Anniversary set! Same background variation and everything! I got the base version (middle card pictured) and the Rainbow Foil parallel (bottom). So once the COMC package showed up, it included 3 versions of this card, to my surprise. I would like to do an exhaustive post about this set once I finish it, though I'm still missing a few cards..
NEEDS:
flipbook #7
flipbook #24 [pending trade]
flipbook #33
skull mask (flatter top crack on right variant) [pending trade] 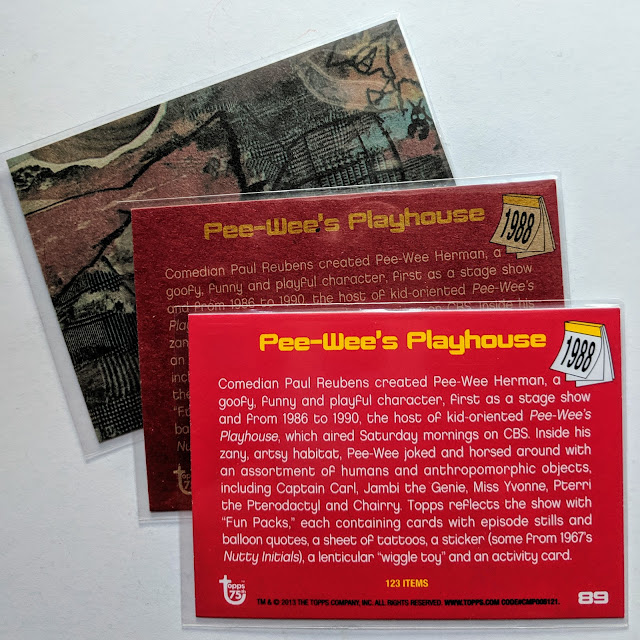 Here are the backs of these three. The reprint's write-up on the back gives you an idea of this crazy set. 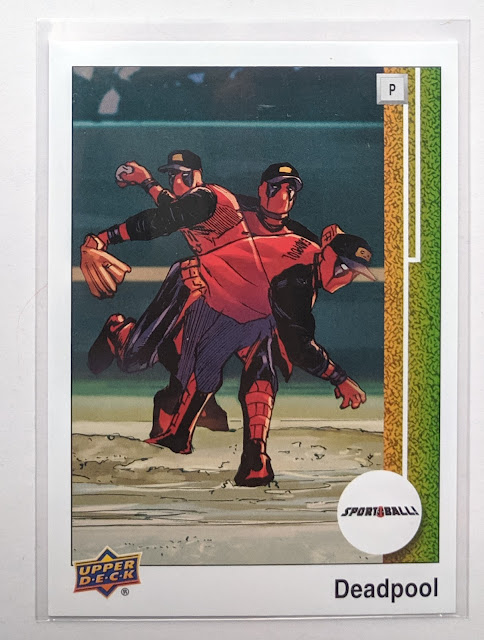 And that wraps up my latest COMC order. There were also many glow-in-the-dark cards that will get their time to shine glow soon, plus a couple 12/25 cards that I'll likely hold off showing on the blog until the holidays roll around.