FINALLY today I finished designing the long list of customs that John Miller sent me last year. I've still got a lot of printing to do now, so the project isn't completely finished yet, but at least it feels good to have the heavy lifting out of the way. I've moaned about it before, but it was tough going. While I normally enjoy making custom cards, to have a big list hanging over my head made it feel like a job and I quickly grew to resent it and avoided working on them. Nothing against John, who was quick to tell me no rush and hooked me up with plenty of cards to return the favor, but I wouldn't agree to another large custom commission order like this again. I'd rather do several small commissions, just a few cards at a time, than to get bogged down with one big list of requests.

Anyways, thought I'd get a post out of showing off some more of the highlights, following earlier posts here and here. Most of these customs are for his "same name" binder. 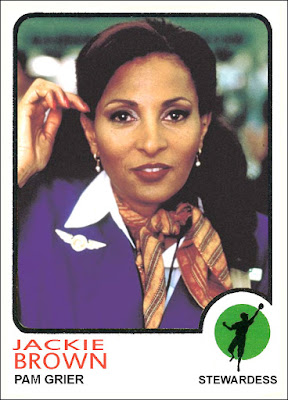 Jackie Brown pays homage to blaxploitation films of the early/mid 70s, so I figured 1973 Topps would be a good design to use. 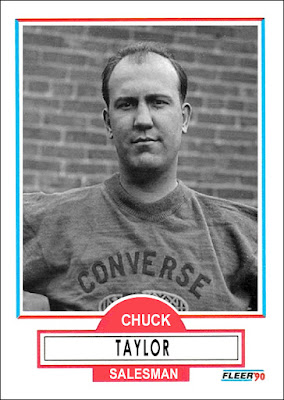 Gotta admit I didn't really know about the Chuck Taylor behind popularizing Converse shoes, so it was interesting to learn about him as I was working on the card (These all include backs with little write-ups). 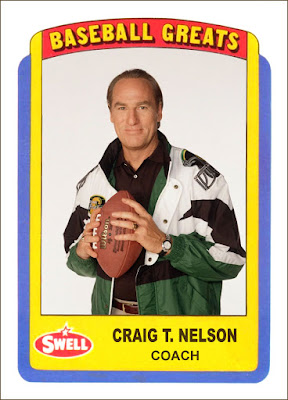 Yeah, it probably would have made more sense to use a football design for this Craig T. Nelson card, but whatever. 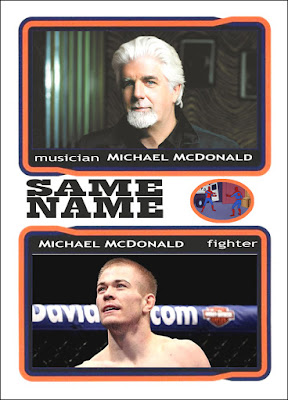 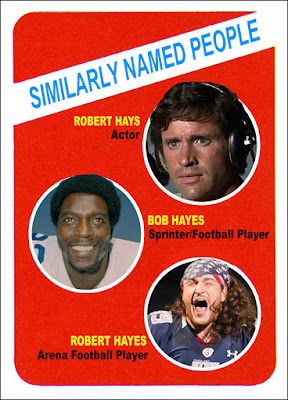 John doesn't mind multi-player cards, though he prefers them to be vertically oriented, which limits the options. But this league leaders design from 1970-71 Topps basketball worked for squeezing 3 guys onto 1 vertical card. 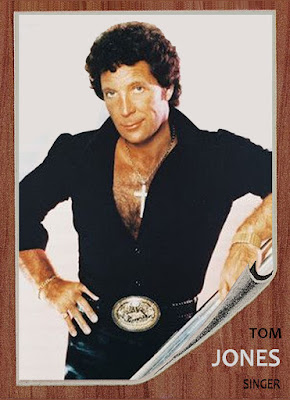 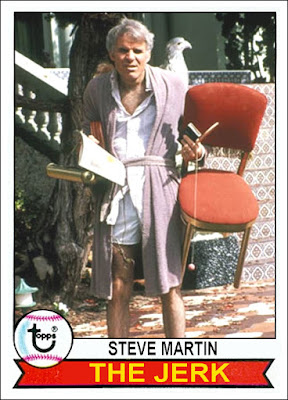 Steve Martin's The Jerk was released in 1979. 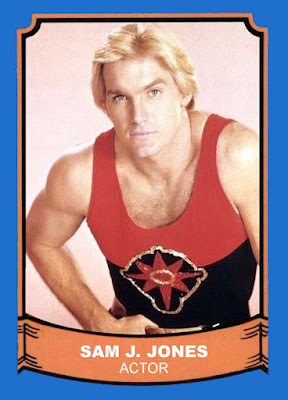 Towards the end of the list, to hurry things along, I started mainly sticking with the 1989 Pacific Baseball Legends design because it's quick and easy. I sometimes changed the border color to spice it up. Looks pretty good in blue here (the real cards have a grey border).


Thanks again, John. I should be able to have these printed and in the mail soon.

Customs next on my "to do" list include a few for Jaybarkerfan and Dimebox Dad.

Let's close things out with a new gif...

Made this yesterday to celebrate Mike Schmidt turning 70. I believe that's a clip of him hitting his 500th homer. Pretty neat.
Posted by defgav at 2:22 PM