Pretty sure this is the first memorabilia set I've ever completed. I don't often chase relic cards, but I went after these as part of my quest for a black refractor parallel set of 2004 Topps Chrome. While they're not technically included in that base black refractor set.. well, they're black and they're refractors and they're from the same product, so I added them to my needs spreadsheet. Overall, I'm at 37% complete with my parallel setbuild, but it feels good to get all the relic cards taken care of, at least.

From what I can tell, Chrome-Town Heroes (a clunky play on "Hometown Heroes" in case you didn't catch it) was not a regular insert set that popped up year to year, rather appearing only here in 2004 Topps Chrome as far as baseball goes... though there were also Chrome-Town Heroes in 2004-05 Topps Chrome Basketball, where they were all relic cards, but the similarities end there as those have a much different design and are all horizontal. The basketball versions have refractor parallels that are #/25 (and many of the base are also numbered, from as low as 206 to as high as 1000). But lucky for me, the baseball version has no parallels (not even "non-refractor" versions) and none of the cards are numbered.

So let's check out these 21 cards. 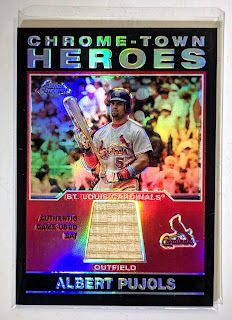 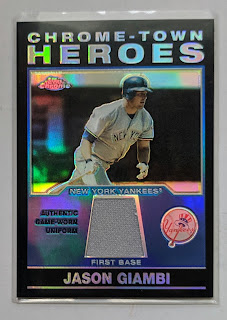 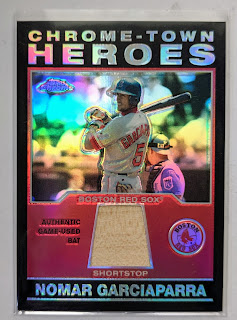 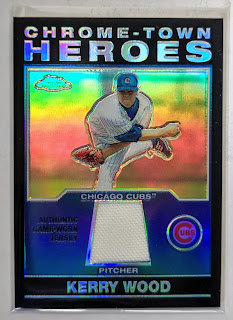 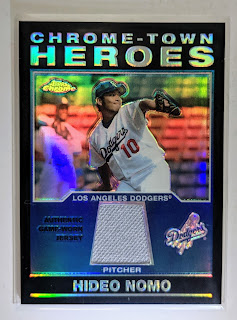 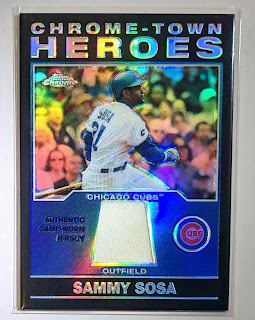 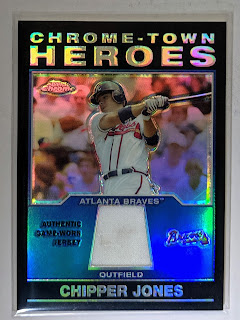 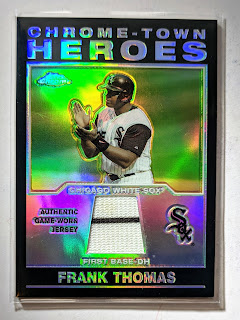 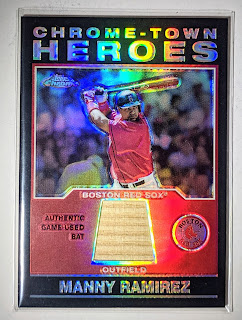 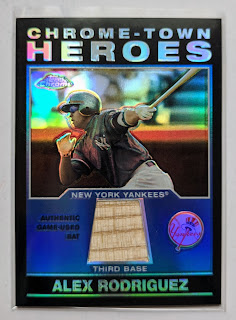 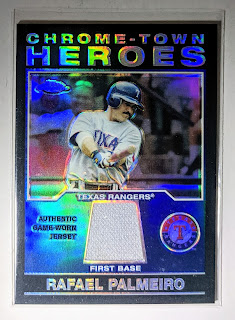 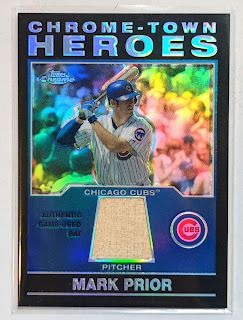 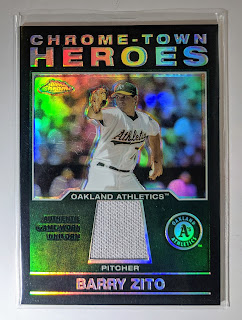 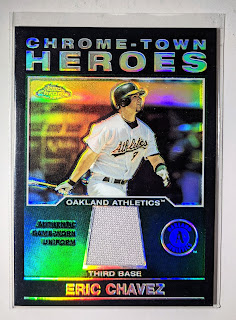 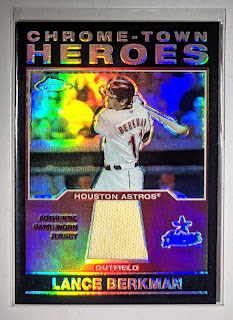 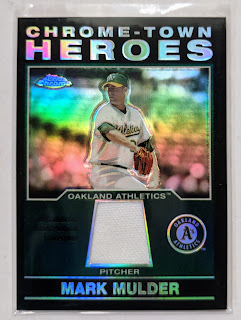 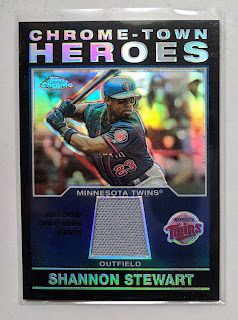 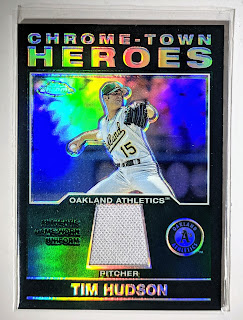 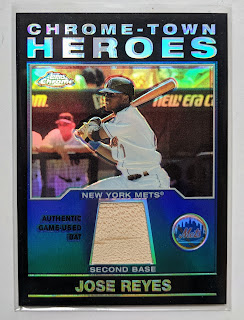 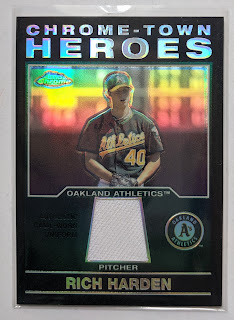 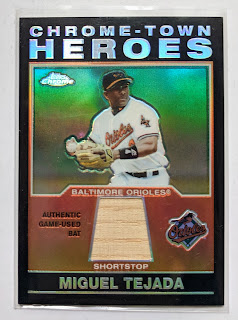 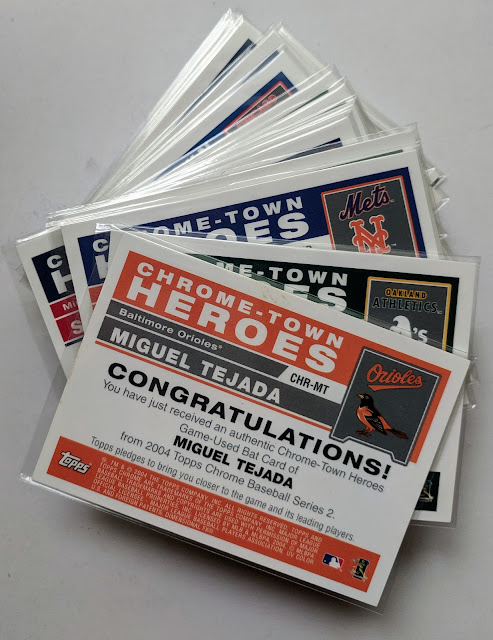 My only real complaint about this set? Team distribution! How can the A's have so many damn cards?! FIVE of the 21 cards are Oakland players. Cubs aren't too far behind, with 3 cards. Zero of my Padres, or several other teams for that matter. Would have liked to see more variety in team selection, but I guess those were just the stars they had plentiful jerseys/bats from available to cut up.

Many different sources were utilized putting the set together, and I've searched my email archives to refresh my memory. The A-Rod card was picked up on Listia, which is kind of a trip for me because it feels like forever ago that I was active on that trainwreck of a site. Semi-retired cardblogger SpastikMooss traded me five of the cards (which he had picked up with me in mind on COMC). COMC was also my source for many of these, though at least a couple were won on eBay, including the final card I needed, Albert Pujols. My cheapest purchase was Palmeiro ($2) and the most expensive was Frank Thomas ($7.75), both via COMC.

So there you have it. My first completed memorabilia insert set. Thanks for stopping by.
Posted by defgav at 3:31 PM