I mentioned in my recent card show recap that I was anxious to get the cards Rod had for me. Let's take a look at those now. 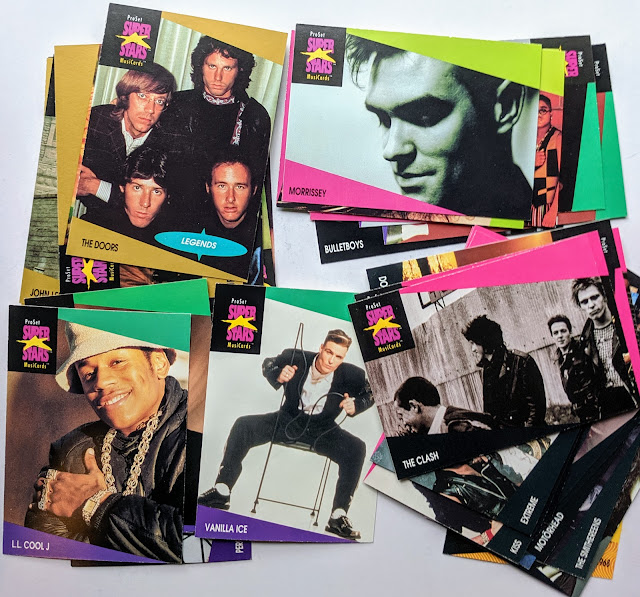 1991 MusiCards needs! This lot got me down to about 30 left (not counting the various promo cards, which I'd also like to track down). I'm kicking off a setblog for these (and more-- via customs) soon and I'm really excited about it. Rambling about music (and my youth) is one of my favorite things to do! I've already started drafting the first couple posts and it's been a lot of fun. I hope you readers follow/comment along, though I know non-baseball stuff is less exciting to the cardsphere on the whole. Anyways, stay tuned for that official announcement/link coming in October. ...probably accompanied by a contest offering up some impressive cards to bribe people to checking it out. 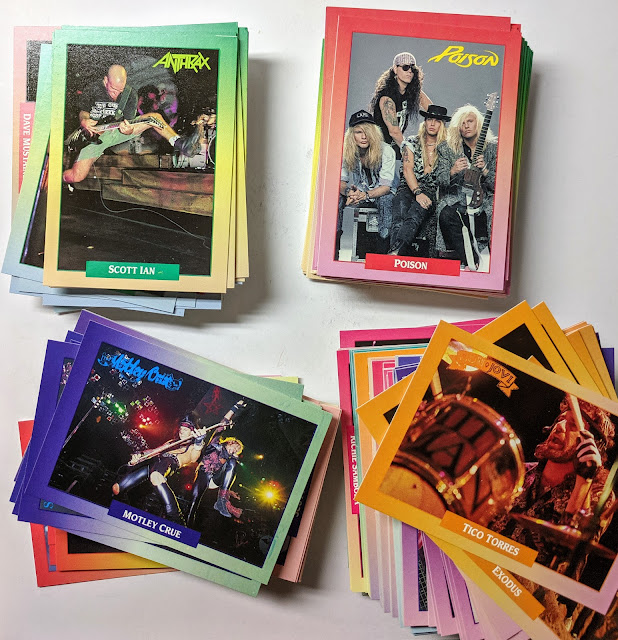 Rod also surprised me with a near-complete base set of 1991 Brockum Rock Cards. These are cool too, though not quite as close to my heart, as I was never a huge metal/ hard rock guy. And while I ripped some MusiCard packs back in the day, I think these are the first Brockum Rock Cards in my collection. Seems to only be missing #205 Jon Anderson (of Yes). Turns out there are also variations due to Brockum mixing up the back photos of two members of Exodus (--to be fair, they are similar looking guys.) I need #127 COR (white shirt in back photo), #141 COR (white shirt in back photo), and #198 ERR (black shirt in back photo). I was a little bummed there isn't a GNR card in there. Axl has a rare promo card, but nothing in the base set. 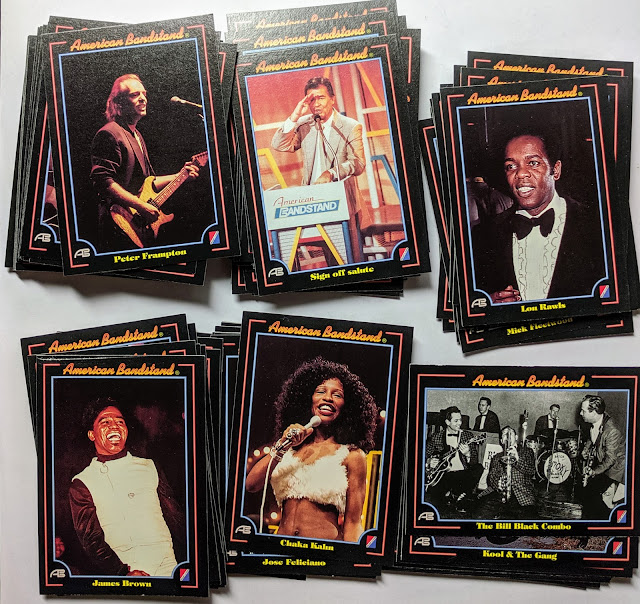 The music cards from Rod continue with a full 100-card set of 1993 American Bandstand. TCDB says the set is 101 cards large, but then only lists 100 cards on the checklist with no variations, so I'm not sure what the 101st card is supposed to be.. perhaps the unnumbered hologram insert. Looks like there are also "Legends Signatures" autograph inserts-- each numbered to just 100-- of Dick Clark, Jerry Lee Lewis, and Smokey Robinson. Wow! Those would be sweet pulls. American Bandstand's heyday was before my time, so I never watched the show much, but there are some acts in there I like.

Rod also was the middle man for some cards Fuji brought up with him and handed off when he briefly met up at Rod's work a few weeks back. And a lot of early George Springer USA cards!

And closing out the post with one more card from Rod... 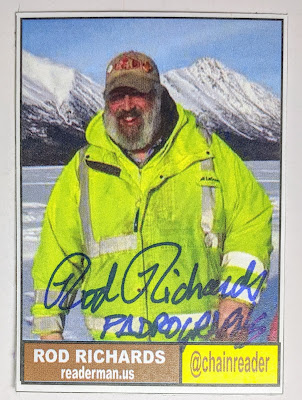 Awesome! I know Rod has cranked out several customs of his own likeness over the years, though I don't recall ever being the lucky recipient of one before. So in the wake of my Night Owl TTM success, I made sure to ask for an auto for my budding minicollection of trader bud cards. I'll have to do a post soon recapping what-all I've got so far. 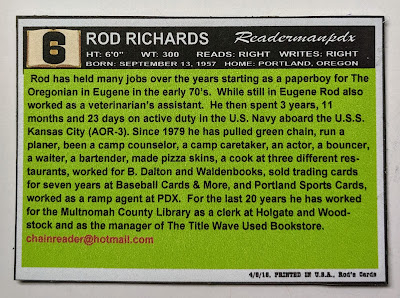 Big thanks as always, Rod!