I recently picked up an Adam Jones auto for a sweet deal ($2.12 + 30¢ combined shipping). These 2012 SP Signature Edition cards are notorious for being among the ugliest certified autograph cards of all time.. just boring stickergraphs with no photo of the player or team logos or anything interesting at all. Upper Deck was obviously just dumping their inventory of autographed stickers after having recently lost their MLB license. 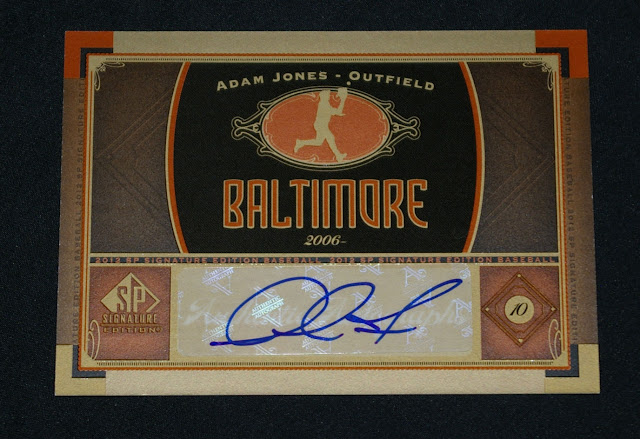 A while back, Mark from Battlin' Bucks made a pretty sweet custom Russell Martin card and peeled off the auto sticker from one of these cards to create his own certified autograph card. I thought that was a pretty awesome idea so I figured I'd try something similar with my Adam Jones auto. But instead of peeling off the sticker, I just created an "overlay" card to put over it. Only took me like 15 or 20 minutes.. Just googled for a cool Adam Jones photo, worked it into standard card dimensions, printed it out on photo paper, cut it, and voilà! 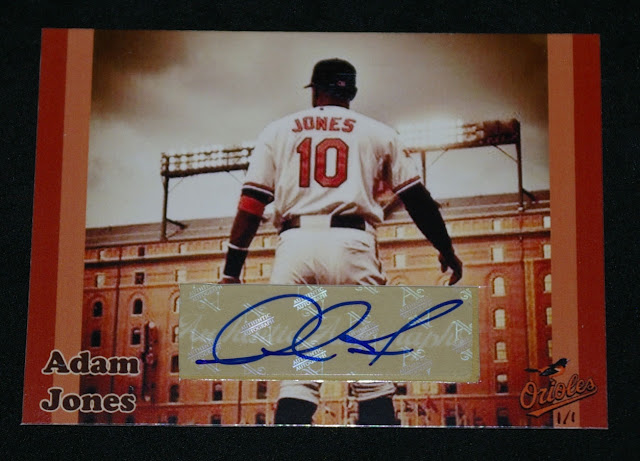 My own Adam Jones custom 1/1 auto!

I'm pretty happy with it. And note that other than the Orioles logo I threw in the lower right corner, this card could have theoretically been put out by a license-less card company. Sure, it's a "butt shot", but the "from behind walking out onto the field" angle is a classic that doesn't get featured on cardboard nearly enough.

Again, the original card hasn't been altered at all; the overlay fits snugly on top of it in a penny sleeve. I'd like to make more of these; improving lame autos in my collection by "dressing them up" with cool overlays. This project might remind readers of my cut-Padrographs from last month. Yep, I've been working on a lot of customs lately.. designing my own cards and working on improving my techniques for making hard copies such as this one. Expect to see more customs on the blog in the future. 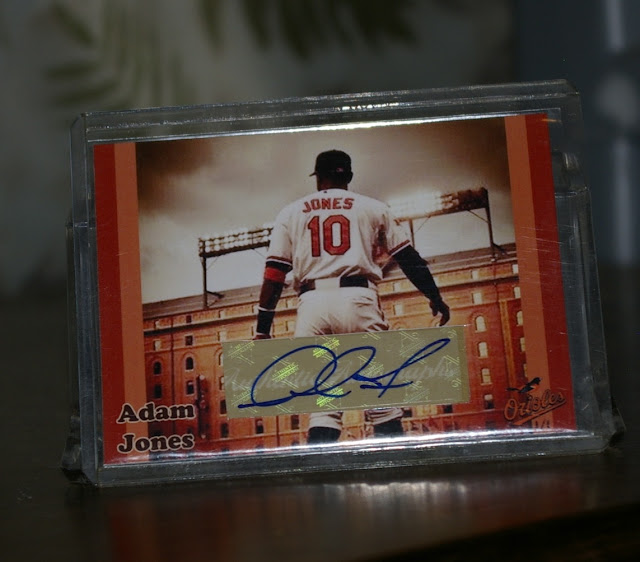 Well, I had planned on ending the post there, but I was so eager to whip up more of these, that I've already got another one done before I had a chance to publish this post!

Here's a pretty ugly Dave Winfield card I've had for a while: 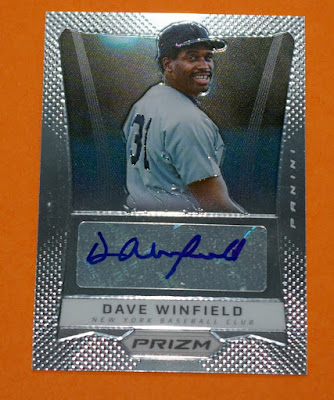 I've got 2 or 3 Winfield autos, and they all feature him as a Yankee. As a Padres fan, I'm obviously partial to his early days in San Diego. So of course the auto overlay card I'd create would feature a Padres photo: 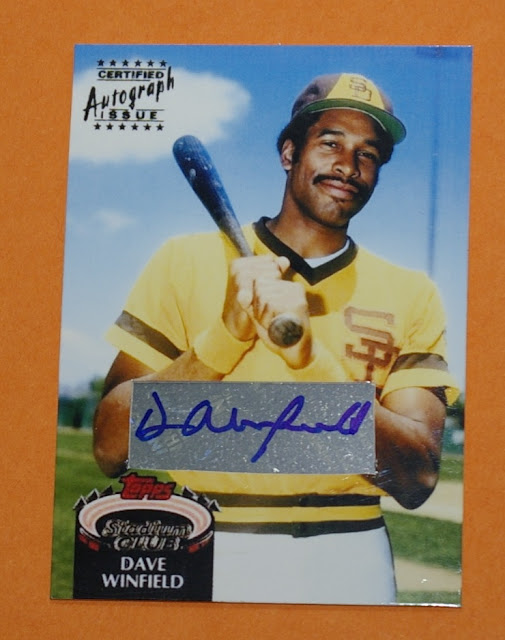 Now that's more like it! I kept it simple, making it a pseudo 1992 Stadium Club card (Nevermind that it doesn't really make sense and the auto-sticker is branded "Panini Authentic"). 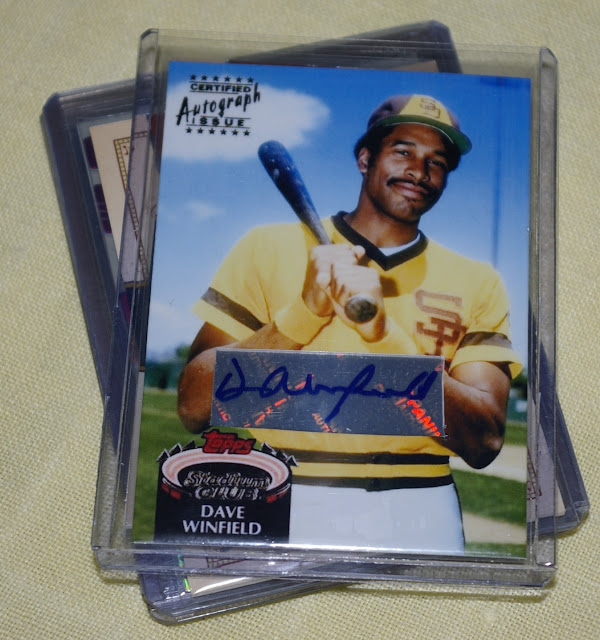 Now I finally (kinda sorta) own a certified auto of Dave Winfield in a Padres uniform! I'm sure a lot of collectors wouldn't "count" it as such, but screw it-- good enough for me! In today's climate of digital cards and customs, the "real card" line will only continue to blur going forward, and I lean progressive here. (--Well, as long as we're not talking about paying good money for a counterfeit card-- F that!)

These 2 cards are now among the favorites of my collection. I'll without a doubt be looking to make more of these auto overlay cards soon, and more hardcopy customs in general.
Posted by defgav at 10:20 AM