2015 Topps Chrome and other fun stuff

Big day for me last Sunday. The in-laws are redoing their floors, and much of the day was spent helping them move furniture around. Pretty tiring. So I felt I earned myself a little treat, which was all the justification I needed to flush $10 down the drain to Topps for some 2015 Topps Chrome at the grocery store. 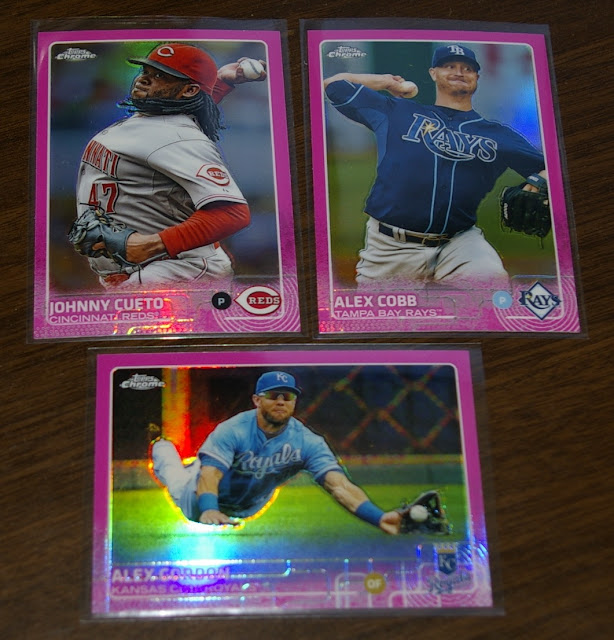 Here were the promised 3 pink refractors. I was happy to at least score one minor PC guy in the Alex Gordon. The other 2 guys are ok too. 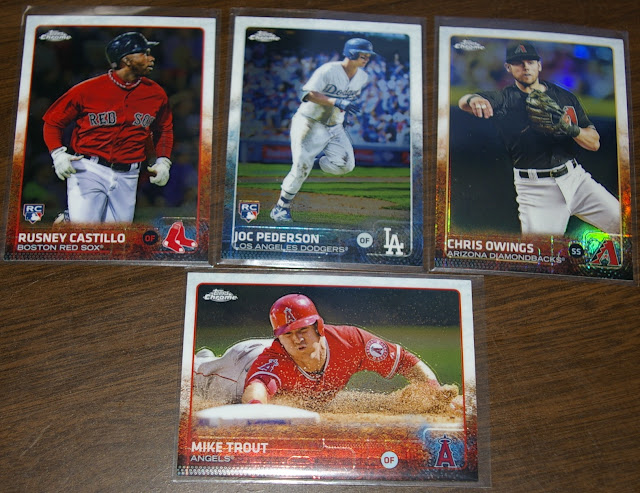 Here are the best of the rest. A couple decent RCs, a Trout, and a Chris Owings refractor. 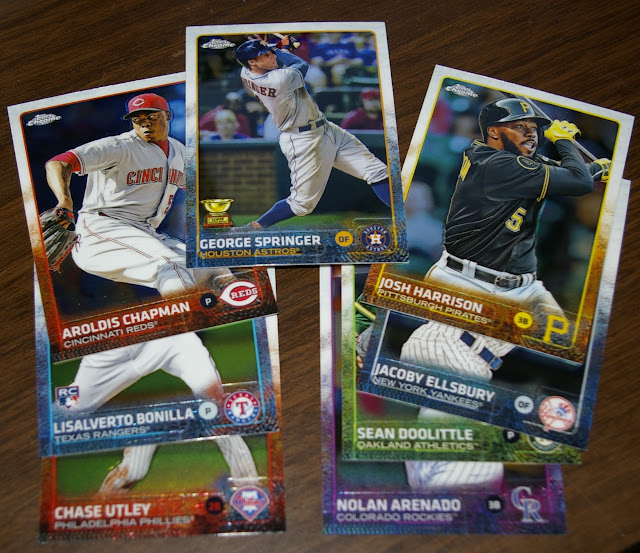 So nothing too impressive. A fun little break none the less, I suppose. I'm hanging onto the two horizontal cards, coincidentally enough, but the vertical cards are available for trade if you want any.

Since that value pack wasn't really interesting enough to warrant a whole post to itself, let's throw in a few other random cards I've picked up for my collection recently. The following cards cost me approximately the same as that assortment of 2015 Chrome, but if I were doing this post "pack war" style, it wouldn't even be close. It's that whole Schrodinger's Cat thing with ripping packs, versus just buying a living cat. Or something like that. 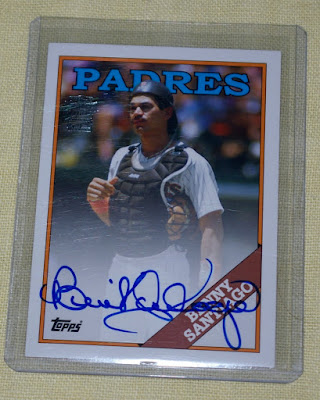 This Benito was a Listia win. I heard he recently got inducted into the Padres HOF. This is my second autograph of his, and the other one features him as a Giant, so it's nice to get one showcasing his time in San Diego. It's a nice one, though the name banner kinda gets in the way. 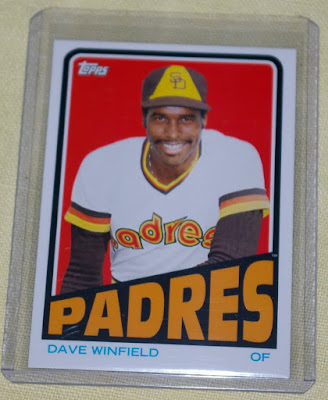 I saw this card on Underdog Collector's blog a couple months ago and it really caught my eye so I made a note to track down a copy for myself. I love seeing Dave Winfield in those classic early 80s Padres uniforms with the brown, gold, and orange. It's possibly my all-time favorite uniform, always taking me back to my days as a young kid first becoming aware of baseball. This photo was from his last season in San Diego before leaving for greener pastures/paychecks in New York. These 2013 Topps Archives inserts in the style of 1972 Topps Basketball were seeded one per hobby box, I believe. 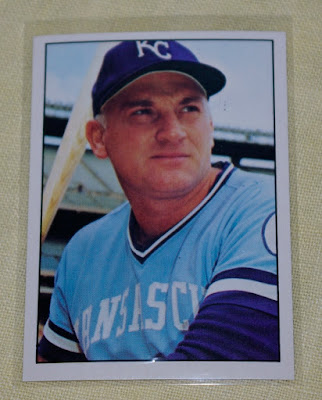 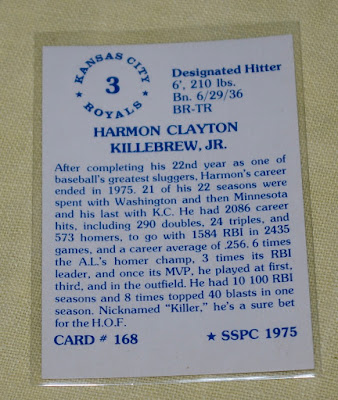 I'm a sucker for cards like this of a notable player with a team uniform that, well, kinda blows your mind to see him in (yet is real) whether filed under Short-Term Stops or Zero Year. And this 1975(1976) SSPC Killebrew featuring his swan song as a Royal is one of the best. 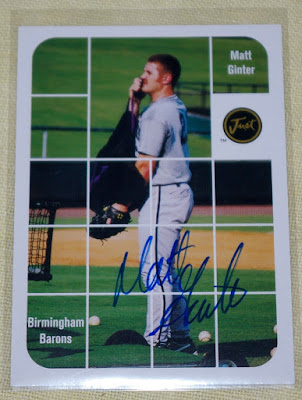 Finally, here's my birthday twin Matt Ginter. Was happy to add this certified auto of him to my PC for just $1.05 in my recent COMC order. Kind of a strange picture to choose for a card-- not exactly sure what's going on there-- but I'll take it.

That's all for today. Thanks for reading.
Posted by defgav at 3:34 PM