Great addition to my Pride PC

It's a delicate topic, but to put it simply, gay people are ok in my book. I've got a small minicollection going of gay athletes on cardboard. I really admire these guys for their courage to be their true selves in spite of the persecution they have to endure from a segment of the population because of it.

David Denson was in the news last month when he became the first active player affiliated with a Major League organization to come out publicly. That's awesome! He's still in the low minors, and it's probably a longshot that he'll make the majors at this rate. But still, very cool that he had the balls to come out. I'll be rooting for him and hope more guys follow his lead.

I found a pretty cool auto/patch card of his for a good price on COMC and threw it in my recent order. 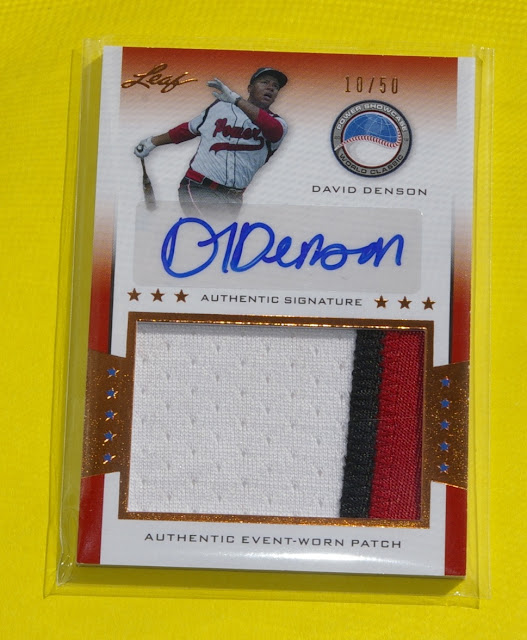 Neat stylized signature! This is an excellent addition to my Pride PC, joining autos of Michael Sam and Jason Collins. It also fulfills the prophecy I made last year ("the world is ready for an openly gay professional baseball player. And when he arrives, I'll add a certified autograph of him to my collection") 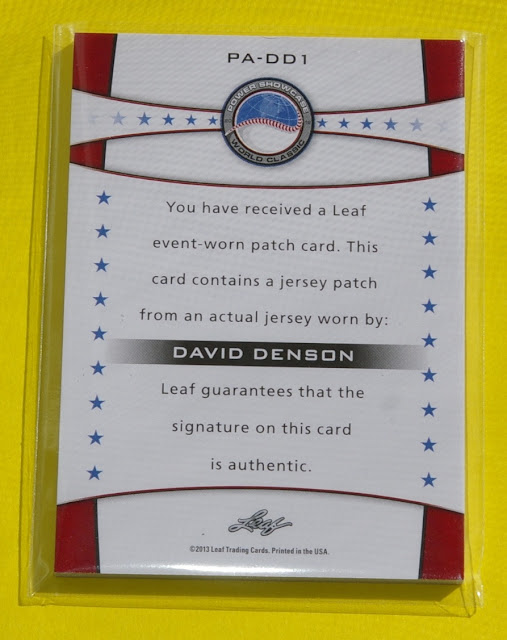 And if you're wondering why there's the "first active player affiliated with a Major League organization" qualifier with David Denson, it's because back in June, a pitcher on an independent team came out. In doing so, Sean Conroy became the first openly gay active professional baseball player. Here's a good article from USA Today. As far as I can tell by google image searching, Conroy doesn't have any cards out there-- real or even custom, for that matter. And so, I think I may be making history myself right now by becoming the first person to publicly come out...[dramatic pause]... with a custom card for an active gay baseball player! LOL

Anyways, here's the custom I whipped up in the style of 1983 Topps: 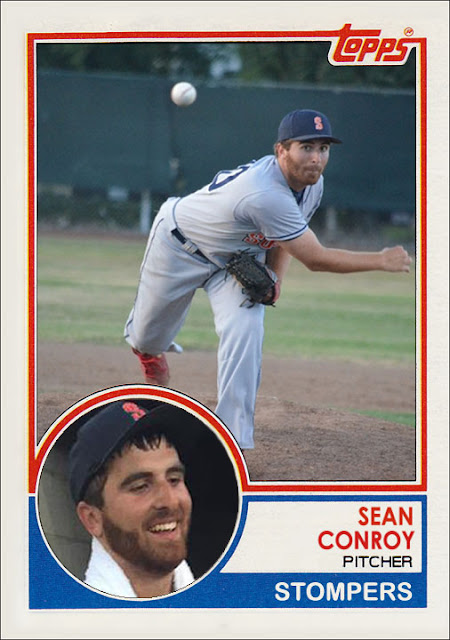 I'm pretty happy with it! I wish I would have made this a few weeks ago while the Sonoma Stompers season was still going on so I could print out some copies to give him and hopefully get a TTM autograph. Oh well, perhaps next year. Best of luck with your career, Sean!
Posted by defgav at 10:32 AM