If They Were Full-Bleed: ribbons in the wind

Ready for more fun photoshops of classic card designs reimagined without borders? Let's do it! This is the sequel to this post. Today's edition focuses on Topps designs from the past that prominently feature banners. 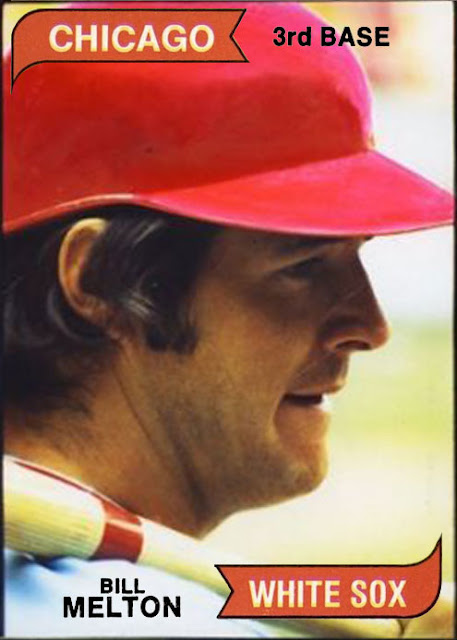 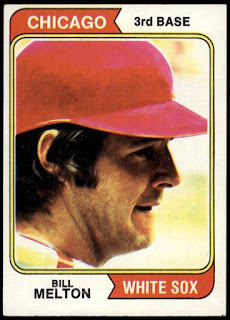 Here's the real version of Bill Melton's 1974 Topps card. Seems pretty cramped by comparison, though yes, this is a particularly tightly cropped card. 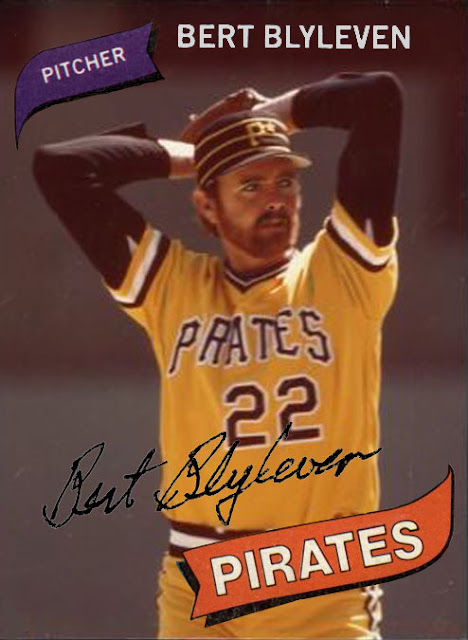 1980 Topps is pretty similar to 1974. As with its counterpart, the ribbons just fly kinda aimlessly through the air without the border to be pinned behind. 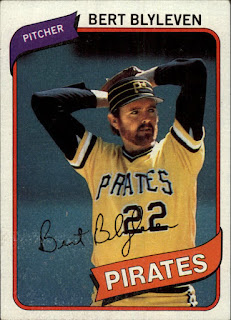 Maybe I could have kept the thin colored border on these, but really the whole point of this exercise is to see these designs without borders of any kind, so they had to go. 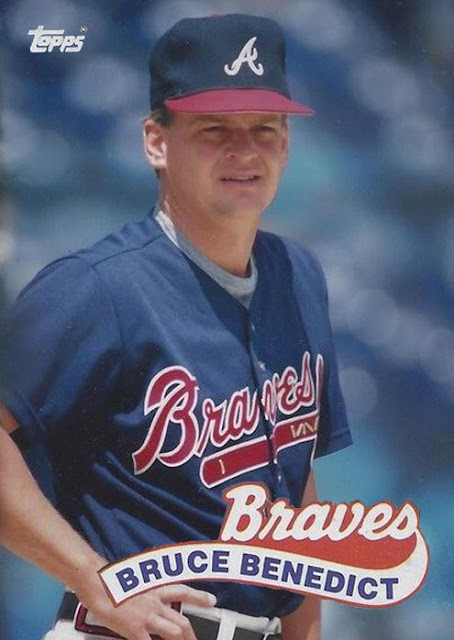 This is probably the best-looking of these full-bleed mock-ups, due in large part to the banner still having an anchor thanks to the team name. 1989 Topps would rank among my least-favorite Topps sets, but I'd say this is a big improvement over the real Bruce Benedict. 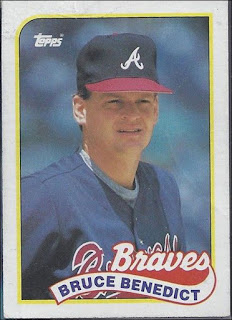 This rounds out the banner trilogy. A case could be made that 1965 Topps should be in this group, but that's a tri-cornered pennant, which while in the flag family, is quite different than these ribbons. So that'll just have to wait until another time.

So what are your thoughts? Would you have preferred any of these theoretical cards to the originals? To me, only 1989 is really a significant upgrade. 1974 and 1980 might have worked better if the thin colored borders remained or the ribbons continued all the way to the sides or something. Maybe ending in a little curly-cue (see 1997 Stadium Club). Perhaps a "Hot Wheels logo" type design with the ribbon attached to circles that could include name, position, or whatever. While it seems silly, I could also imagine tiny airplanes pulling the banners. Do planes with banner ads still fly over stadiums these days? If so, that might fit the theme of a baseball card.

What if Topps came out with "Stadium Club Fantasy Heritage" or some kind of "Future Past" product like that -- a set reimagining updated versions of classic designs? Seems like a good excuse to once again go back to their well of history from the 50s and 60s. If they do something like that, I hope they offer me a job to help work on it!
Hey, let's try another plea for a baseball card job...

Attn: Topps (or other sportscard manufacturer), please contact me re: employment opportunities! My current job is ending by the end of the year. I'll work cheap and passionately! I've been called one of the most creative and innovative voices in the hobby today. Just the shot in the arm your company needs to thrive in this competitive marketplace. I'm not willing to relocate at this time, but come on, it's almost 2016! Everything can be done online these days. Looking forward to hearing from you!
Posted by defgav at 4:00 PM

Email ThisBlogThis!Share to TwitterShare to FacebookShare to Pinterest
Labels: If They Were Full-Bleed