I'm sure you guys are sick of Star Wars right now, but hey, it's "Force Friday" and earlier this week I received an awesome trade package of Star Wars cards from Billy Kingsley at Cardboard History, so let's check them out! 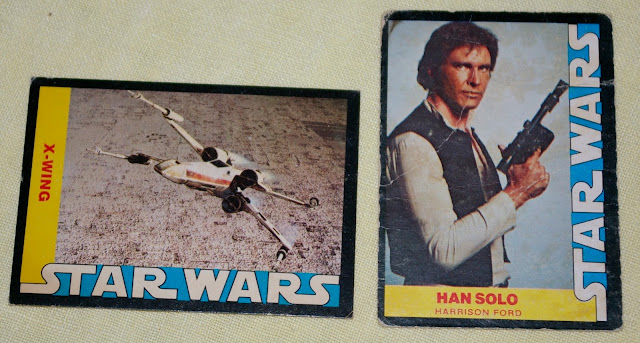 This trade, our first, was sparked a few months ago when Billy mentioned he had recently completed the vintage Star Wars sets, upgrading several cards along the way, and had a bunch of off-condition dupes to part with. I excitedly jumped at the offer! 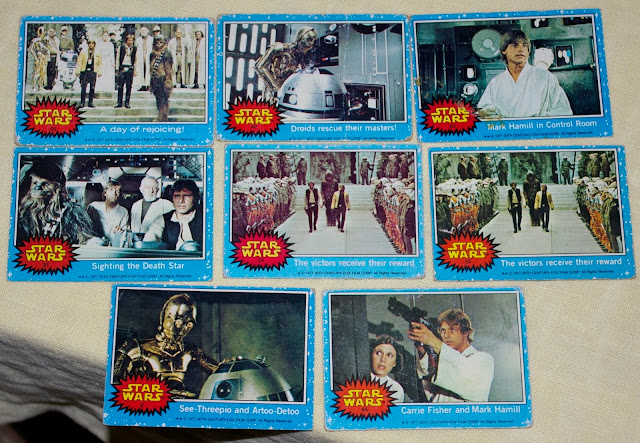 Some "life stuff" put our trade on the backburner for a while, but a big box from Billy showed up the other day packed with goodies. Quite a pleasant surprise for me! 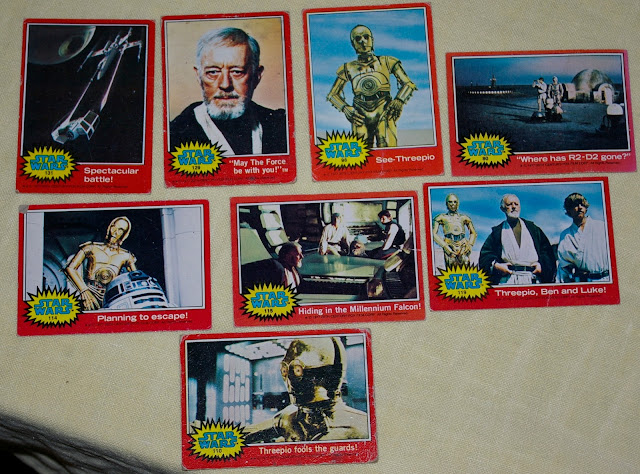 I was born the year the first Star Wars came out, so I wasn't exactly in on the ground floor. (My mom saw it in theaters while she was pregnant with me, if that counts for anything. There was a time in my childhood that I was convinced I had watched part of it out of her bellybutton. Which is ridiculous because even if my eyes were functioning and my mother could survive with an open bellybutton, and she was wearing an outfit exposing her midriff, I'd still only have a view of the back of the seat in front of her. I suppose if she sat in the front row it'd be possible.) 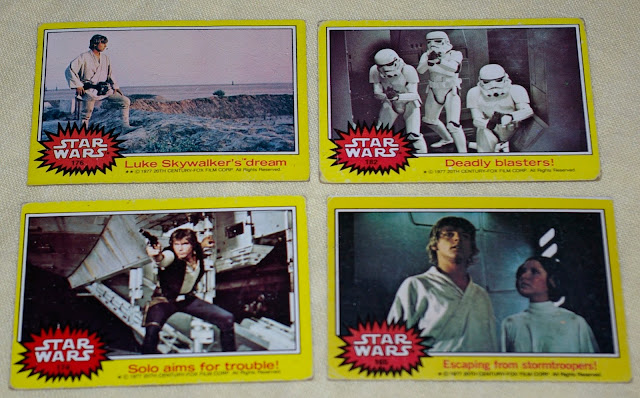 But I got into it, like most other young boys at the time, and had several Kenner action figures. The Millennium Falcon toy was among my prized possessions for years. 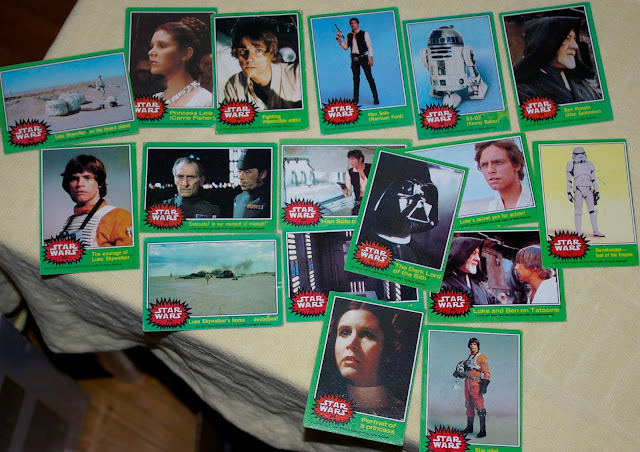 Since I didn't really get into card collecting till 1990, I never actually owned any of these vintage Star Wars cards. 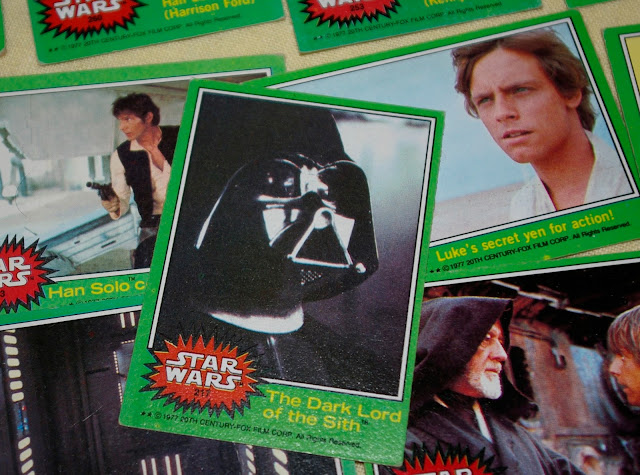 Though I've seen plenty of them over the years. Great to finally have some for myself. 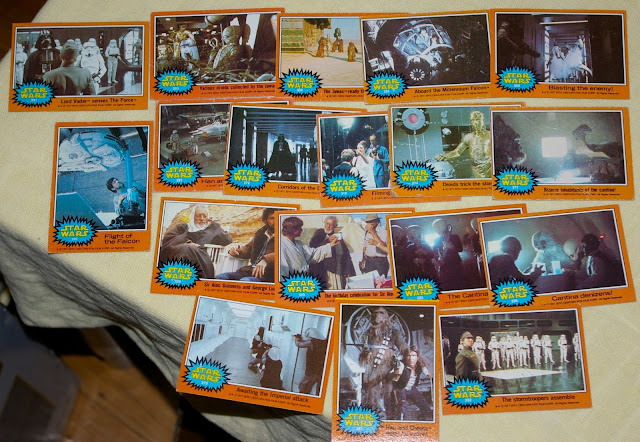 I don't think I'll commit myself to try to finish any SW set at this time, and rather just be happy with the nice sampler Billy sent my way. 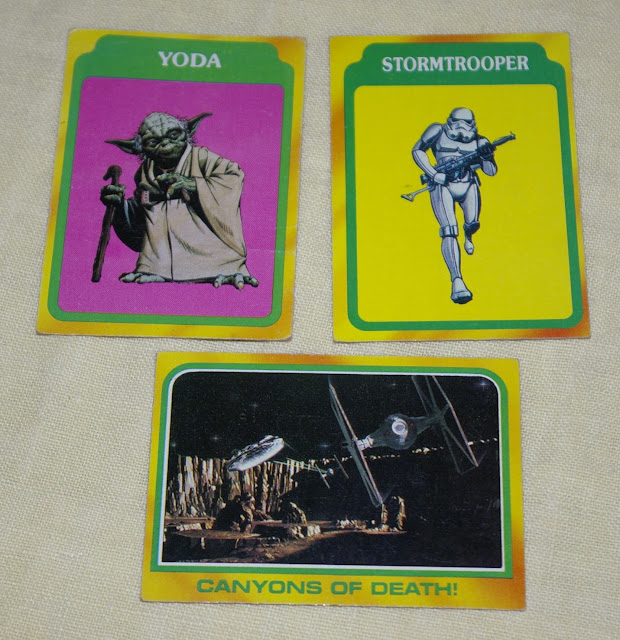 Here's 3 cards from the Empire set. 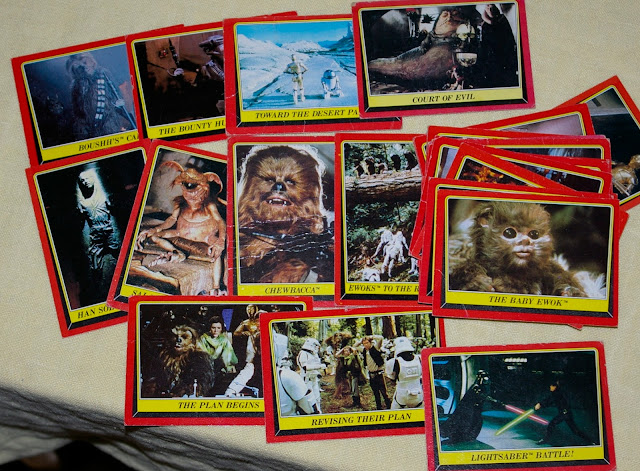 And here are a bunch from the Jedi set. That's probably my favorite film. I was in the age sweet spot where I could appreciate both the bad-ass stuff and the Ewoks. Plus I like the closure of it all. (Though now that closure is threatened by the new Disney movies.) 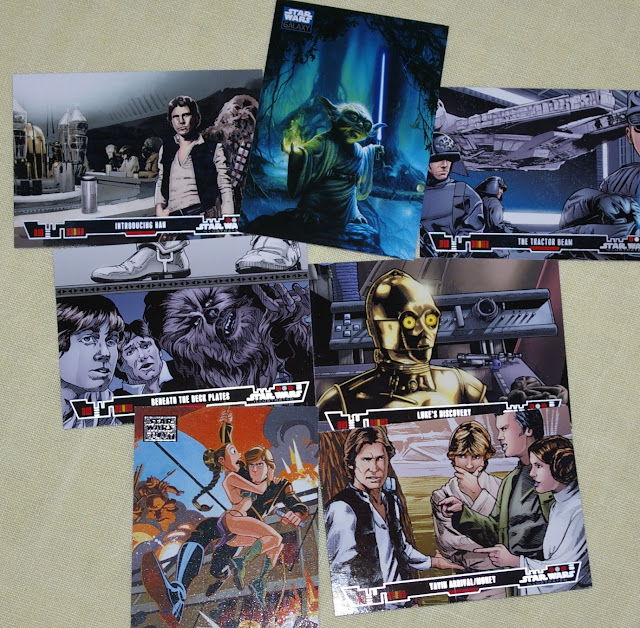 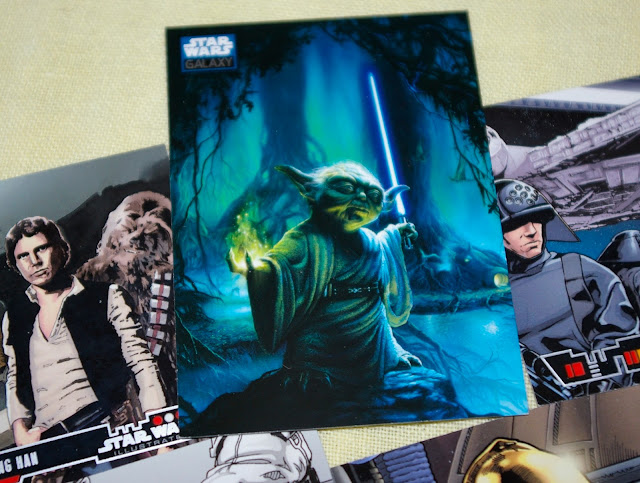 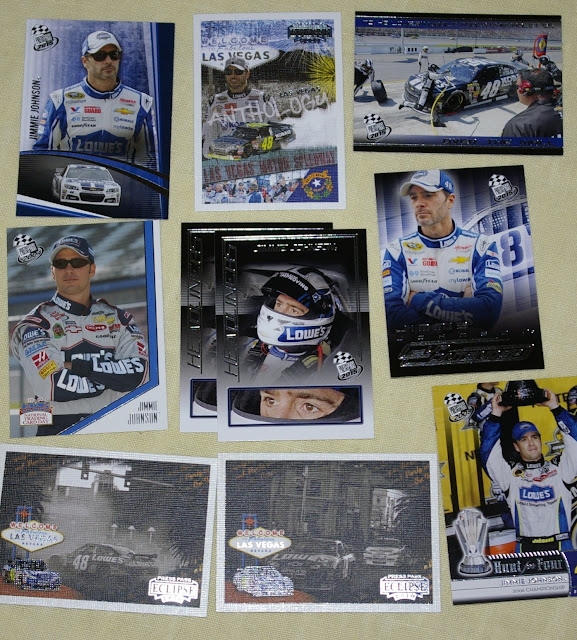 He also gave me a nice lot of Guy From Granite Jimmie Johnson. 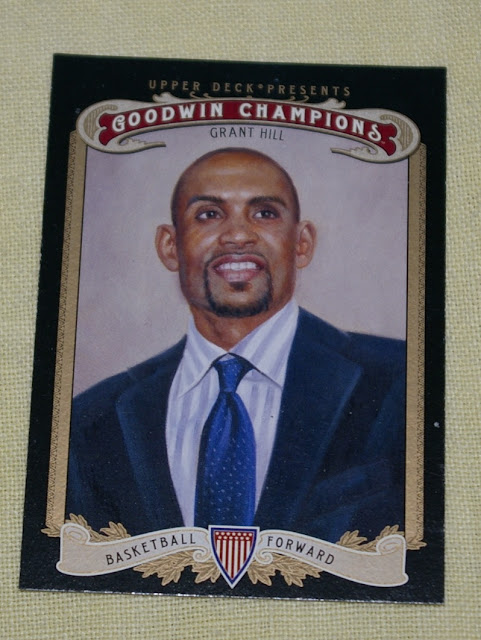 Haha, nice try, Billy! Grant Hill may have a similar name to Granite Hills, my high school, but he does not count as a Guy From Granite.

Thanks for the trade, man! I've got a box of cards in return just about ready to be sealed and sent. I'll admit it's weird trading with someone who doesn't really collect baseball or even football cards, but I'm dropping enough NBA, racing, and non-sport cards on you that I'm confident a smattering of them will stick in your collection.
Posted by defgav at 10:22 AM