A high-end pack break of 2005 Retired

I put in a best offer and ended up winning this pack of 2005 Topps Retired for thirty-ish bucks. That's the original "retail price" ($29.99) plus shipping, so that works for me. They typically sell for substantially more than that these days, like $60 per pack or $200 for a hobby box of 5 packs. I'm crazy for 2004 Retired, but I also like 2003 and 2005 from the "Retired Trilogy" of products. Odds are the promised auto in this pack will be a Rick Cerone or some minor semi-star of that ilk, but hey, maybe I'll beat the odds and pull a Nolan or Gwynn or somebody like that.

I haven't opened it yet as I type this, but let's "live" rip it right now. 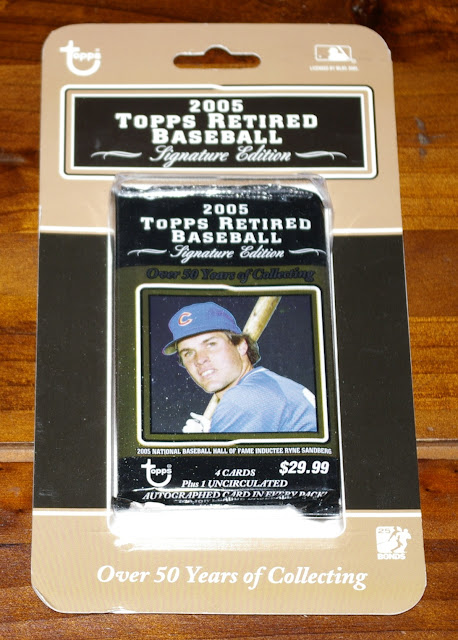 Maybe P-town Tom would like this wrapper as a bonus item for his Ryne Sandberg collection..? I'll open it carefully to keep it somewhat collectable, just in case.

This actually arrived a few days ago, so I'm pretty proud of myself for the restraint to wait to open it. I suppose the fact that I'm 99% sure the one promised auto in the pack will be a disappointment has helped me exercise some self-restraint. I've opened my share of 2004 Retired and been disappointed every-fuckin-time, so I've got no expectations that my first experience of ripping 2005 Retired will be any different. But, ever the optimist, I'm holding out a shred of hope for somebody good.

2005 Retired is the only one of the trilogy that I still need the base set for, so even if that auto isn't anybody, the I guess the 4 base cards will still be good to help me creep toward that setbuild.

Ya'll ready? Let's do this! 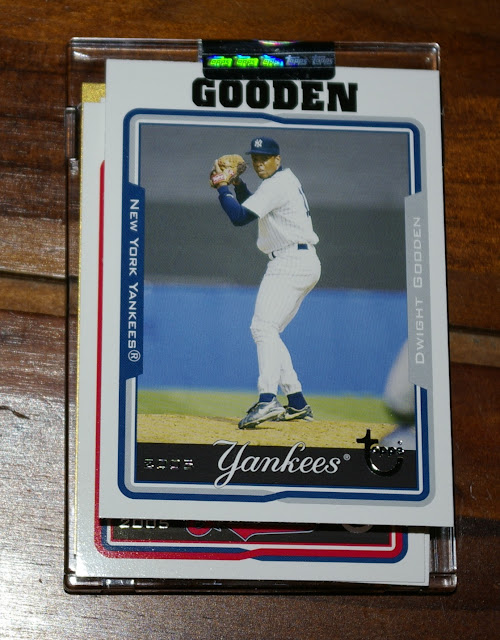 Well we're off to a great start (*eye roll*) with the sticker from the encased auto being stuck to the base cards in the pack. Great job, Topps. 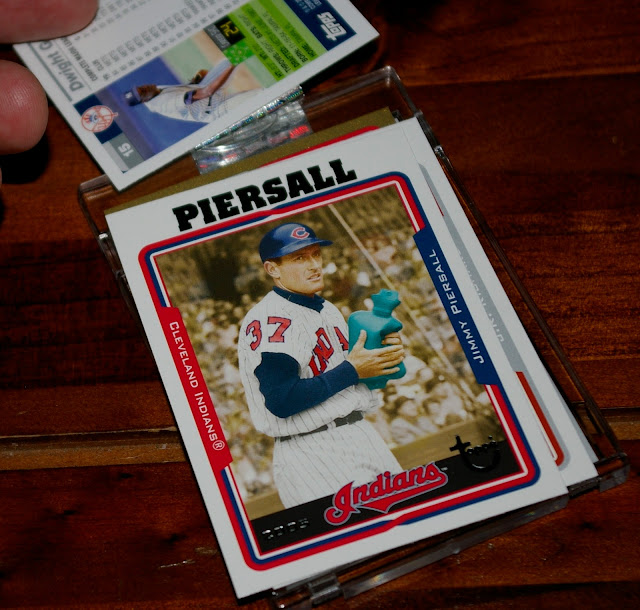 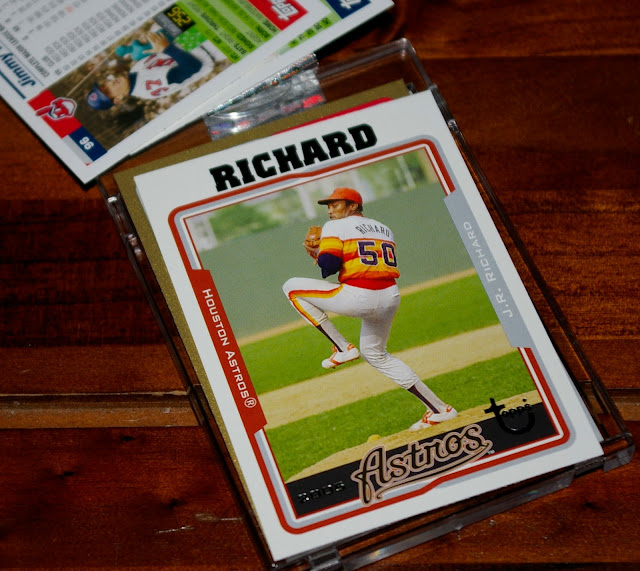 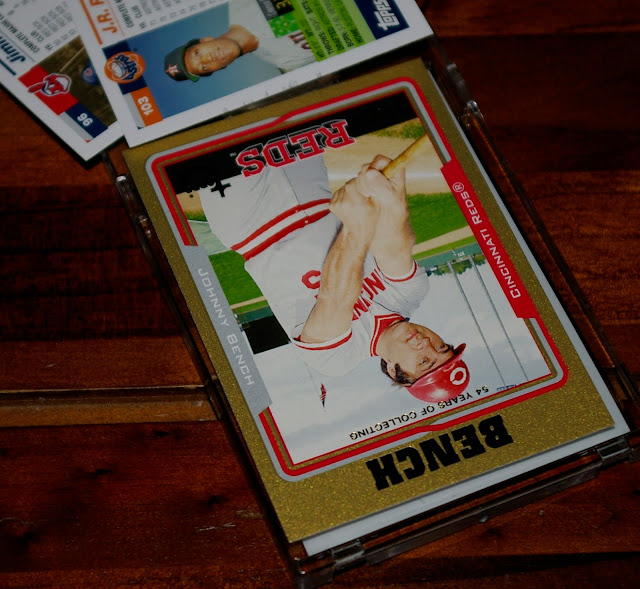 Hey, here's a cool upside-down card. Let's flip it around.. 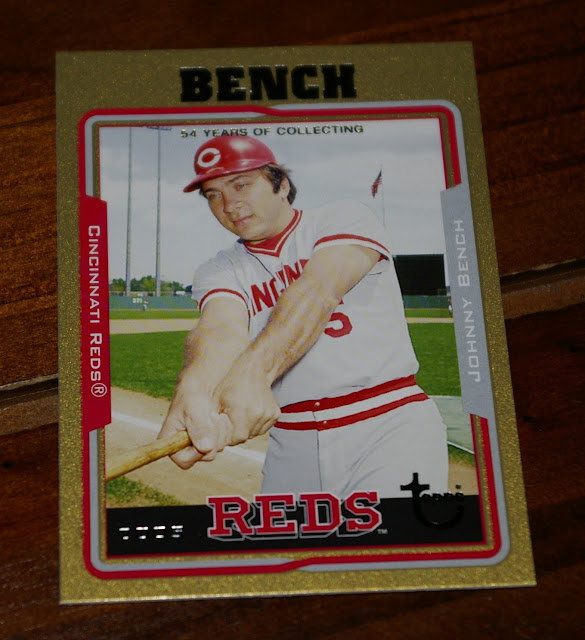 And now for the moment of truth... 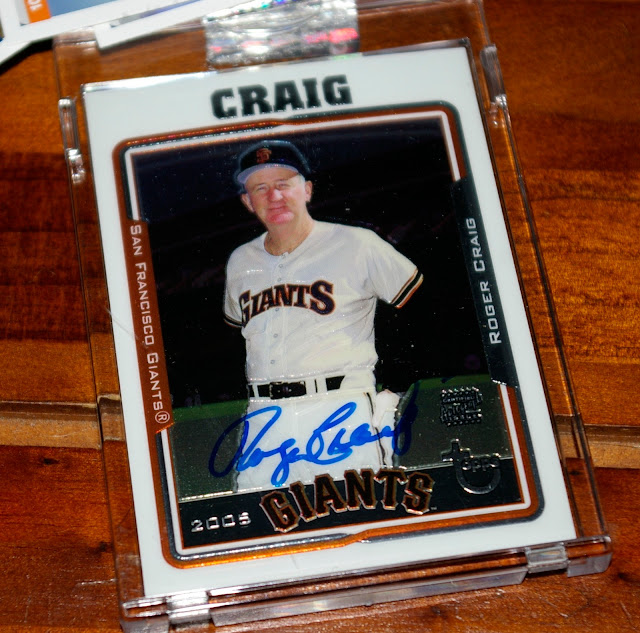 Ouch! Our auto is Roger Craig, definitely among the worst possible pulls. No surprise. Would have at least like to have pulled a "nobody" player like Glenn Hubbard or Rafael Santana.. but a "nobody" manager? Weak!

So yeah, that pack was definitely a bust. Had I known the contents, I wouldn't have paid more than $3 for it, with the Johnny Bench parallel being the only card to perk my interest at all, but still not being enough to salvage my auto being a championship-less manager. Gawdamit! Anybody want that Craig? APRSmith? Honestly, thanks to the heavy case, this card isn't even worth what it would cost to ship it. Plus the case is scuffed (lower left), so it's not even worth salvaging to put another card in it. Sucks. Waste of money, though I was pretty sure it would be going in. At least I didn't spend more than the 30-ish original retail price. 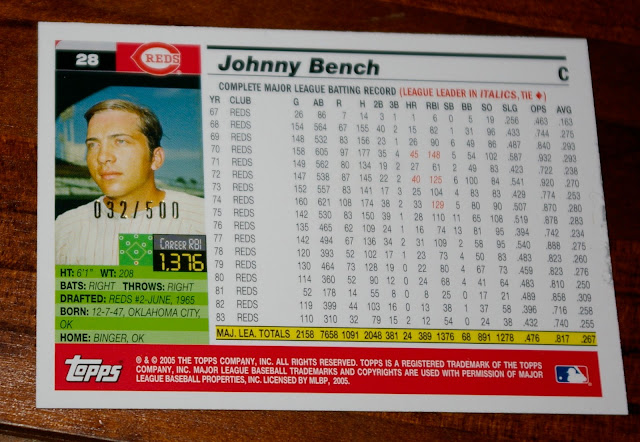 That's it. Thanks for stopping by.
Posted by defgav at 3:47 PM