I'm back after a few days off stressing about finishing my taxes and some changes at work. Let's round up the recent trades that've come in.

Recently a guy emailed me saying he found my blog while looking for pictures from the Simpsons softball team episode. He mentioned he noticed I had 1965 Topps Roberto (Bob) Clemente atop my current wantlist, and that he happened to have one and was willing to sell it. I'm sure I don't have to tell you fellow bloggers out there that card solicitation emails from strangers are generally bad news and it's usually best to ignore or politely decline and point them to eBay for their card-selling needs. But John seemed like a good guy and I definitely wanted that card, so I asked if he'd be interested in trading instead, and offered up one of my Simpsons custom sets in exchange. He happily agreed and a few days later this baby arrived: 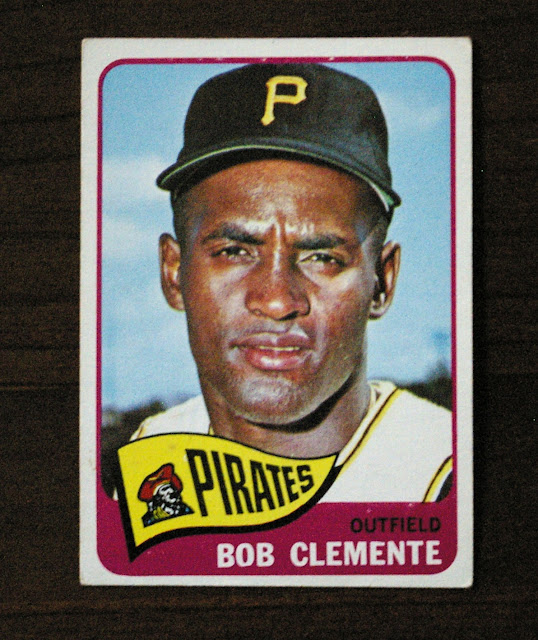 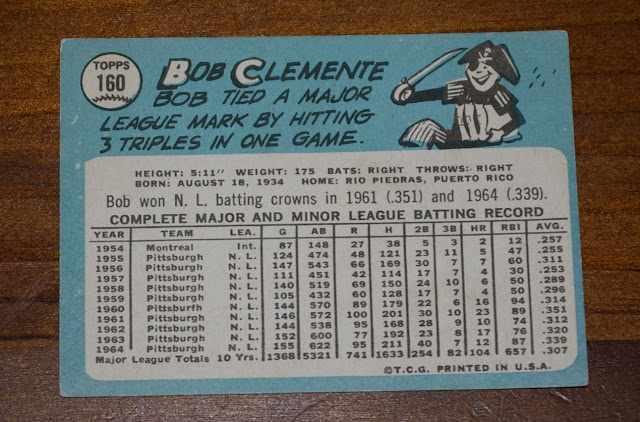 Very happy to land this card! Not only is Clemente among my all-time favorite guys to collect, but 1965 Topps is also a favorite and a set I'm building. So this is definitely a card I needed.

Love it! Thanks again, John. Your cards are on the way.

Next up is a nice surprise envelope Mark Hoyle. I still had been meaning to mail him out some cards to thank him for the previous PWE he sent my way, but dang it, he lapped me! But don't worry, I just put an envelope in the mail, with another one hopefully on its heels in the next day or two.

These are great! Looks like Mark acquired a White Sox deck and was kind enough to shoot me these three. Hoyt Wilhelm, Dick Allen, and Minnie Minoso, three of my favorite old-timers to collect. I don't know much about these playing cards, though I've seen them mentioned on the blogs before and if I weren't so lazy, I'd look up them up. 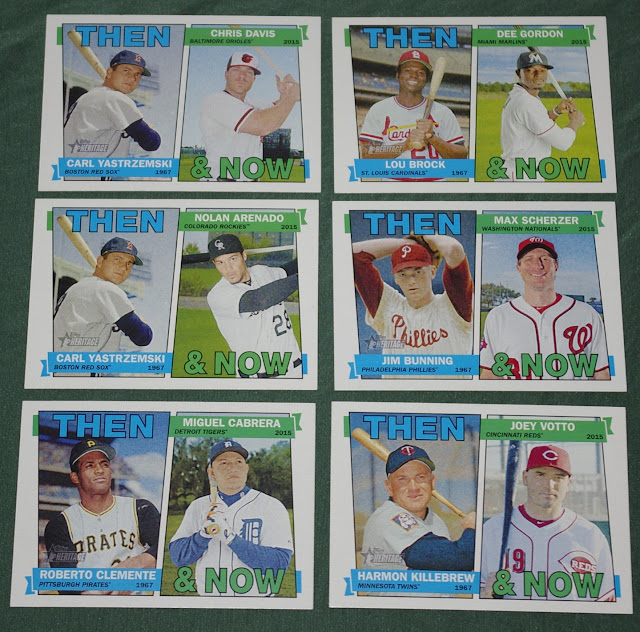 Many guys I collect among this lot of 2016 Heritage Then & Now inserts.
Big thanks, Mark!

Mr. Hoyle still doesn't have a blog, but he has started showing off some of his collection on Twitter, so that's a start!

From not enough blog, to too much blog.. Next up is a fat envelope from Tony Burbs at Wrigley Roster Jenga. I love his blog, but my browser does not. When I visit it, my computer slows down, the page takes a while to load, and has even crashed my browser on rare occasions. Speaking of an overload of awesome (that's a good segue, right?), he sent me a nice bunch of cards...

I just showed off my Pedro PC a couple weeks ago, and that post is already paying dividends in the form of these three needs. That crazy thing in the middle can barely be called a card, as it's thin and clear, reminding me of my school days with teachers using overhead projectors. 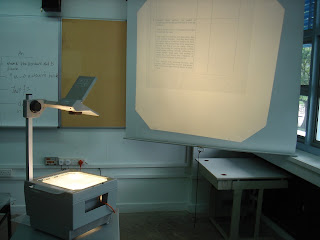 Here it is on top of real cardboard: 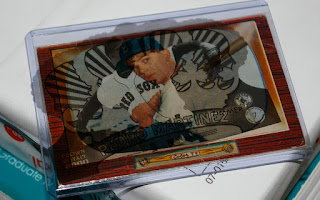 So yeah, it's weird but a cool addition to the collection. 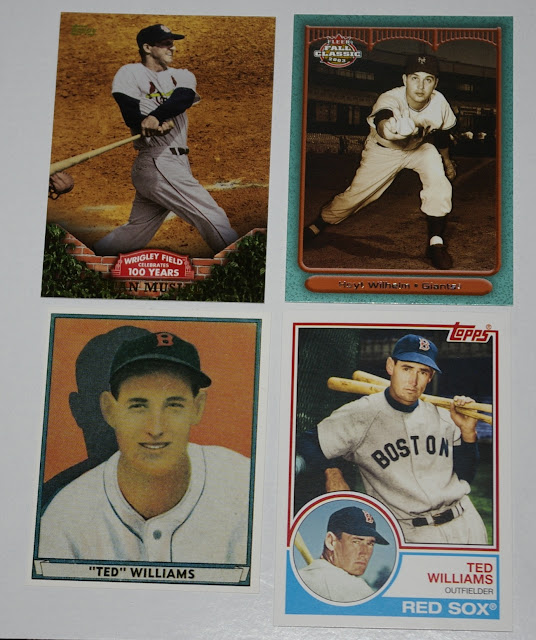 Some legends. I got many of those 100 Years of Wrigley inserts thanks to having the Cubs in a Series 1 group break, but since this Stan Musial is actually a Cardinals card, it didn't get funneled into my haul. So it's nice to get it in trade.
Hoyt makes his second appearance of the post.. I've seen that photo on other cards before, but the teal border really makes this one pop.
And Teddy Ballgame is always a welcome sight. 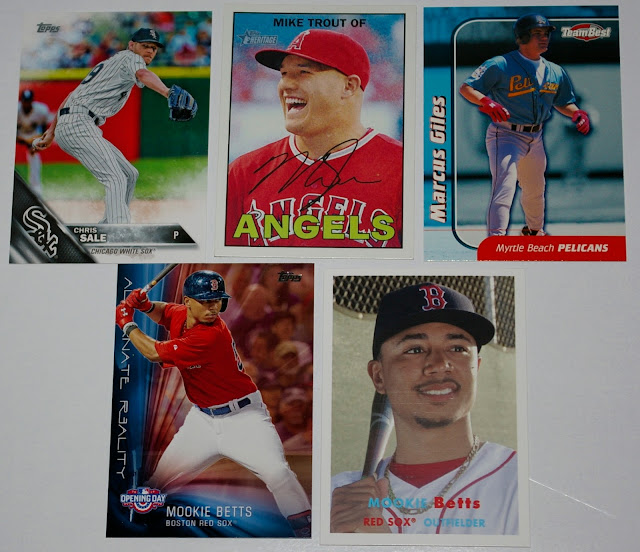 And we close with a great lot of active guys (plus Marcus Giles, represented by a cool minor league card). I think that Trout's an SP, isn't it? Very cool. Happy to get the Sale and Mookies as well.

Big thanks, Tony! I'll get some Cubs sent out your way soon. Please let me know of anything in particular you'd like that I could send you.


Thanks again to John, Mark, and Tony for the wonderful cards. Hey, did you notice there were zero Padres cards in this trade roundup? That's a rarity, for sure. And with how the team has been playing this season, I'm totally fine with this.