Deja Vu.. another 2016 Donruss blaster flies into my cart

Just like last Saturday, I bought another blaster of 2016 Donruss at the grocery store today. It was the last one they had out. Would that be good luck for me? 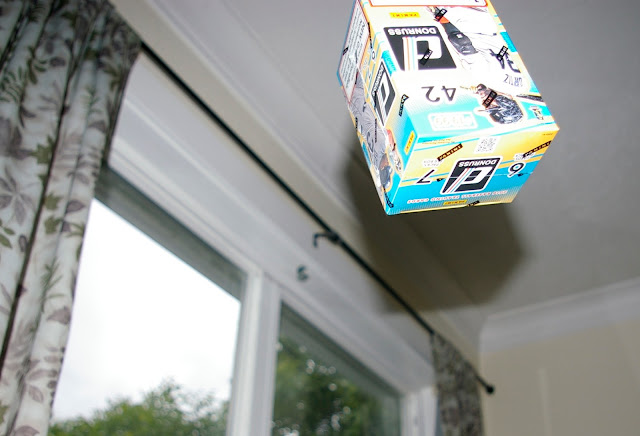 Ever the groundbreaker, I took a photo of the blaster in mid-air. Because why not.. you know what the box looks like. 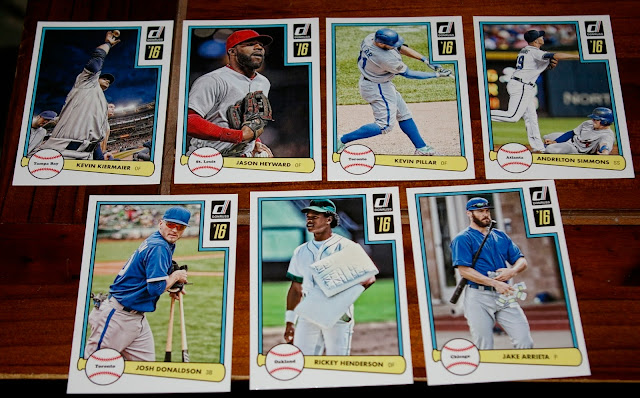 Panini should do a separate set with just these.. like "Donruss Heritage". Photo-wise, these tend to be the most interesting cards. Rickey walking around carrying stolen bases is pretty cool. The rest are available for trade. 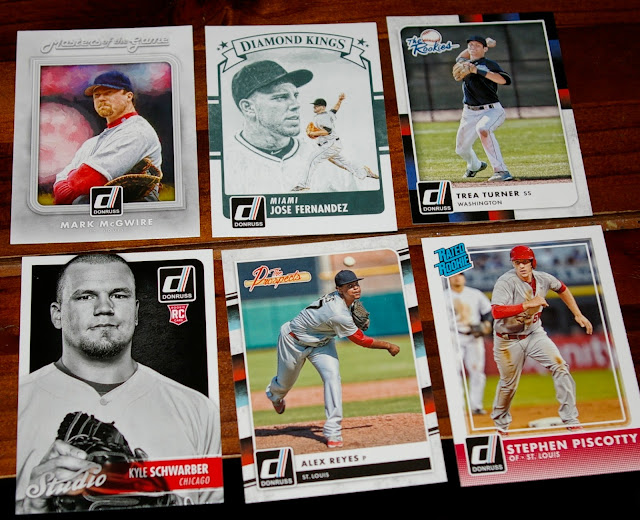 Nothing too notable in the inserts, but these are fine. 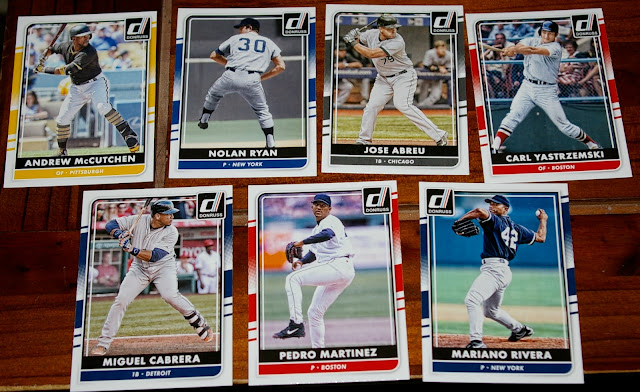 Base cards of some guys I collect. 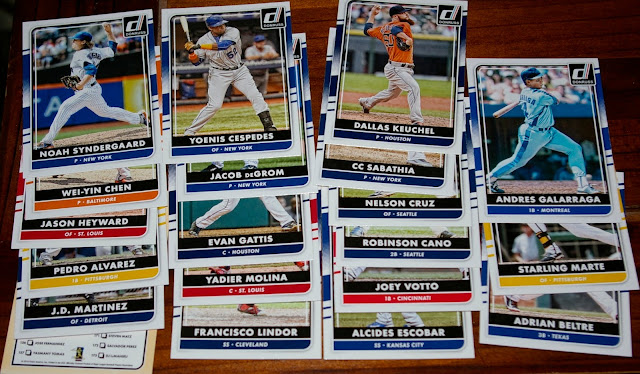 Base cards of guys I don't collect (available for trade). Nice to see the Expos make it into the set via Andres Galarraga. 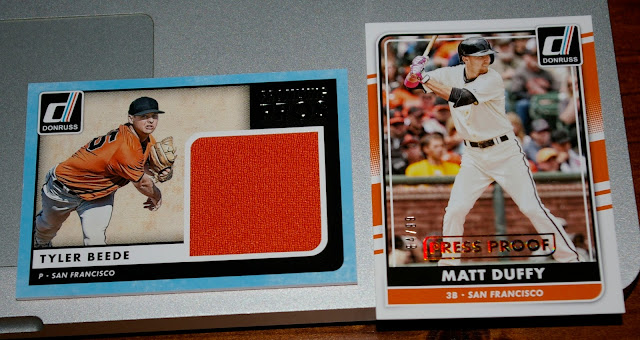 Gawl dang it, my two "best cards of the box" are both Giants. Boo. They were back to back in the same pack, too. At least the relic is a nice big piece of orange jersey (better than a plain white swatch, right?), though the name Tyler Beede means nothing to me. It's unnumbered. The Matt Duffy press proof is #'d 84/99. The only Giants fan I ever trade with, ARPSmith, has been MIA for a while, I think changing jobs or someshit, so these will likely collect cobwebs in my tradebox unless any of you guys want to trade. Just drop me an email. I know I've got a few pending interested parties from my last few trade bait posts, but I'm hoping to get a batch of packages out here shortly. If you were interested in something from me in the past and I've left you hanging, please don't be shy to drop me an email to rekindle a deal.

Anyways, this box probably wasn't as good as the last one with the A-rod bat chip, but could have been worse. I doubt I'll buy any more of this stuff, though. I was on the fence about this one as it was, and I think I'm good with two.

Thanks for swinging by!
Posted by defgav at 7:27 PM