I wanted to show off my Andrew McCutchen collection, so here we go. He's a fun guy to collect. Great player, solid dude. I've only really been collecting him for a year or two, so the number of cards I've got trails behind some of my bigger active-guy PCs such as Goldschmidt and Giancarlo. But I recently took a big step in legitimizing my collection of his by adding an auto. 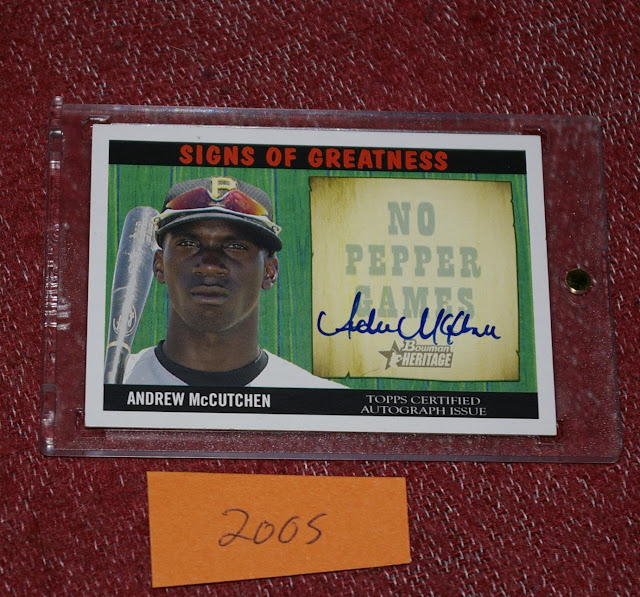 And here it is! Nice on-card signature, first-year card. 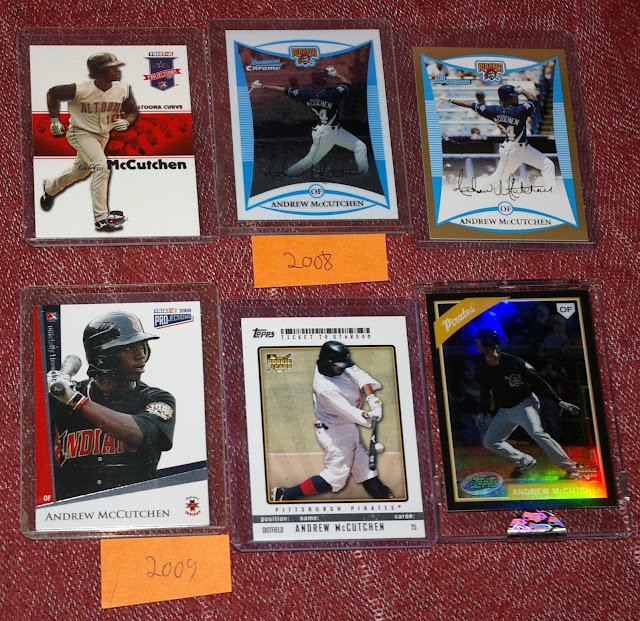 Some more early cards, highlighted by an eTopps RC /999. 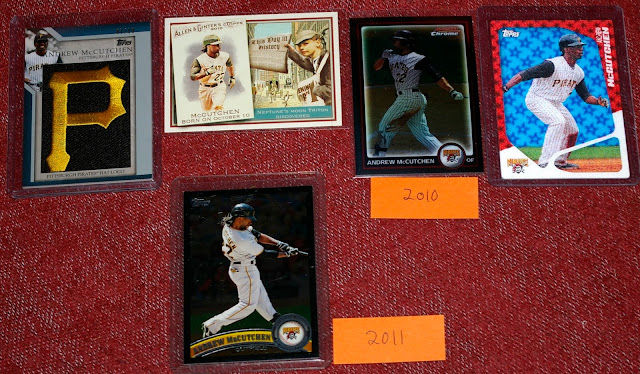 I don't have any Cutch relics yet, but that manipatch Pirates logo /99 is pretty cool. A black parallel is my lone 2011 card at the moment. 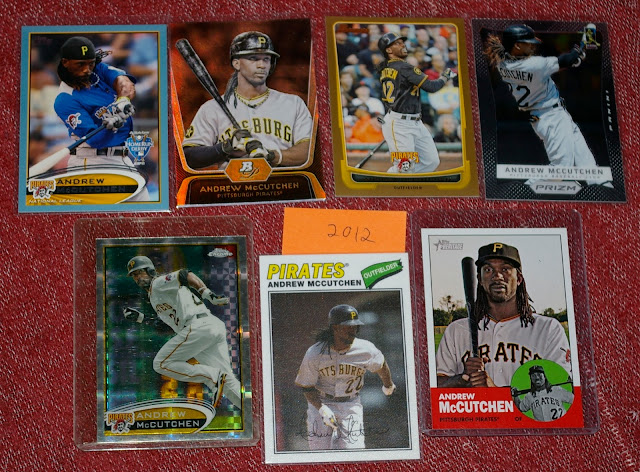 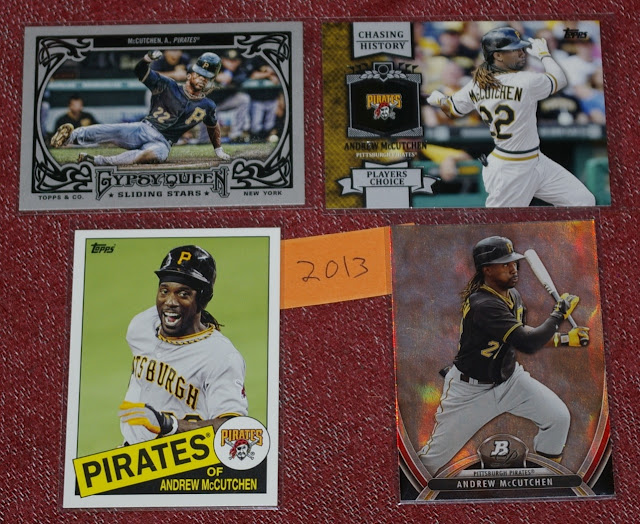 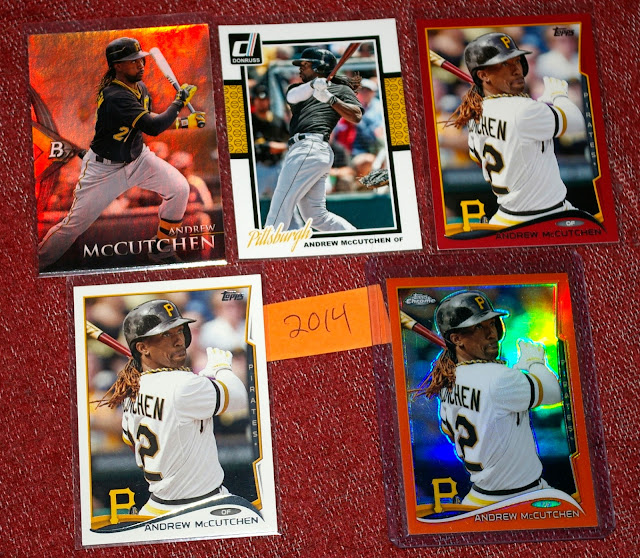 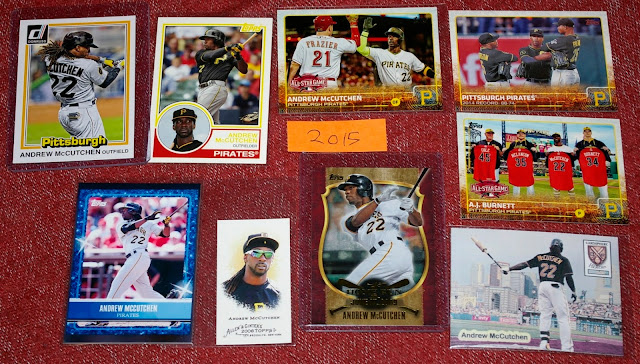 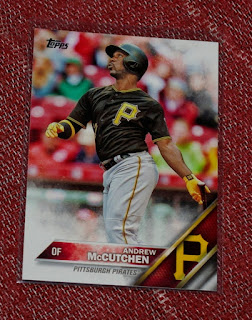 So there you go. If you can help me fill any holes in my McCullection and want to trade, just drop me a line. I've still got a long way to go to reach my goal of 100 different cards.

This post is dedicated to my homeboy Matthew Scott over at Bob Walk The Plank. The big Pirates fan is down in my old neck of the woods, on vacation in San Diego catching the Pirates vs. Padres series at Petco. Let's squeeze in some beer talk in his honor. 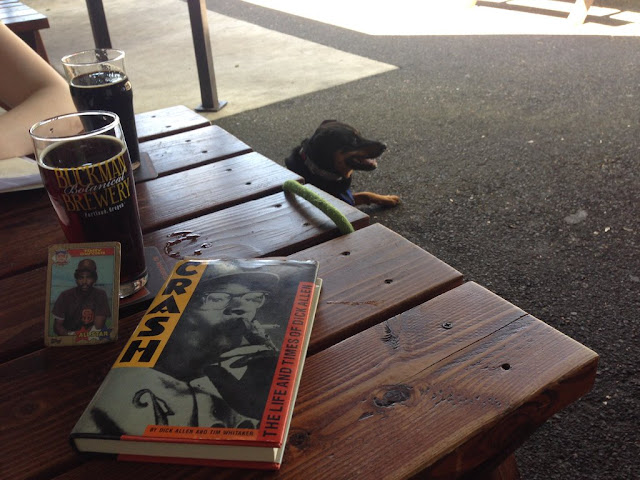 It was a lovely weekend, and me, my wife and dog enjoyed a nice afternoon at Green Dragon, a favorite haunt of ours. My wife did some grad school reading homework, while I brought along my Dick Allen book. I suck in that I've had this book for like 3 years yet I'm such a bad book-reader that I'm still only about a third of the way through it. That's no reflection on the book, as I'm enjoying it, I'm just lazy about cracking books. I should read on the train to/from work, but it's just a bit too heavy for me to want to throw it in my backpack. BTW, I tweeted this pic and Mr. Allen retweeted it.. so cool! Anyways, there's my wallet card making an appearance. I had a couple real nice beers. The first was a Buckman Brewery Salted Caramel Doppelbock. The second was an Ex Novo Coconut Vanilla Porter. Both were very nice. Dark and smooth with a touch of sweetness.

Green Dragon is right next to Rogue Brewing (and owned by them), and they were having one of their "garage sales" where they blow out overstocked cases of their beer for a fraction of what you'd pay elsewhere. Since we don't make it over to that part of town quite as often as we used to, I decided to stock up: 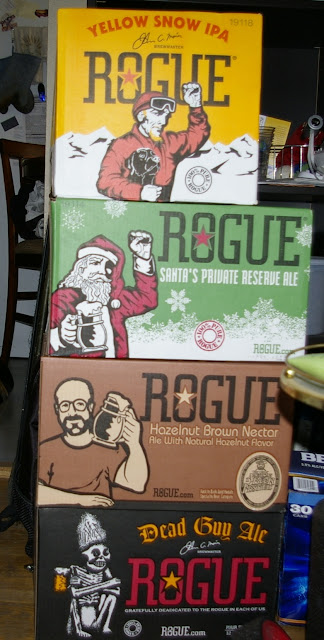 This should last me a while! These are all great beers, with the Hazelnut Brown Nectar on the shortlist of my all-time favorites.

Hope you're enjoying San Diego, Matt! Sorry 'bout the Friars squeezing out the win last night. Are you taking in any brewery tours while you're down there?

That's it for today. Thanks for reading.
Posted by defgav at 9:28 AM