I recently worked out a deal with a guy named Jim S. who grabbed a few things off my Amazon wishlist for me. Included was a blaster of 2016 Diamond Kings which had some good stuff in it. 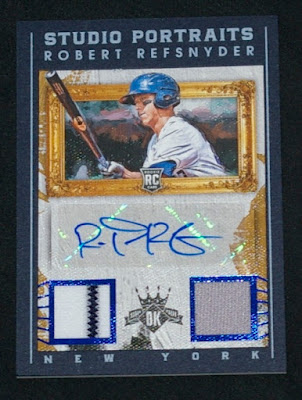 Howdy! That's a nice hit. Rob Refsnyder has been playing well for the Yankees. 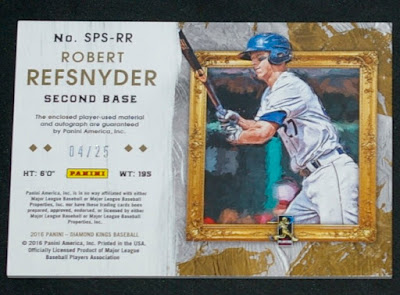 Dual jersey relic stickergraph numbered 4/25. eBay tells me this is about a $10 card. If any of you Yankees fans have eyes for it and have a comparable card that fits in better with my collection, I'm up for trade offers. 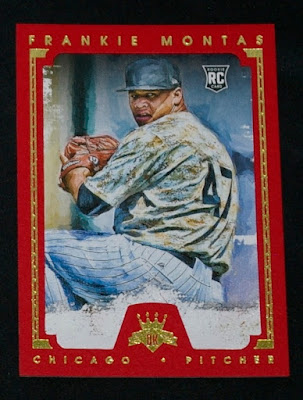 Here's a red framed card numbered /99 on the back. Frankie Montas is currently with the Dodgers organization. 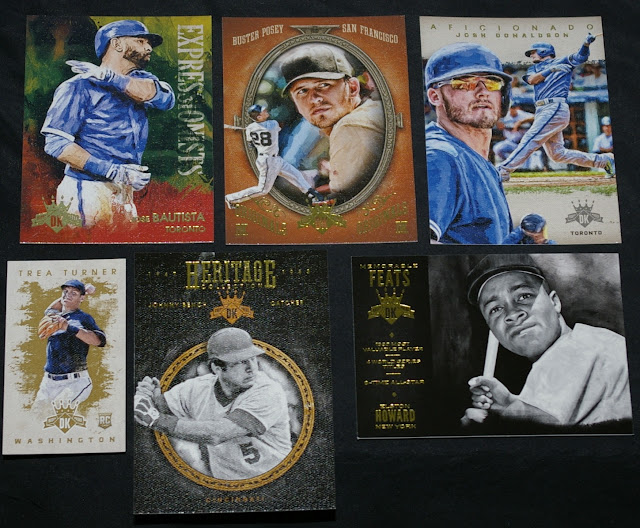 A smattering of inserts, heavy on catchers (surprisingly not in catchers' gear, which you'd think would be in Panini's wheelhouse thanks to less logos to worry about). Funny to see Jose Bautista's iconic bat flip on a Panini card, seeing as how it's sort of ingrained as a Topps card image by this point.

Here are some base cards of dudes I collect. 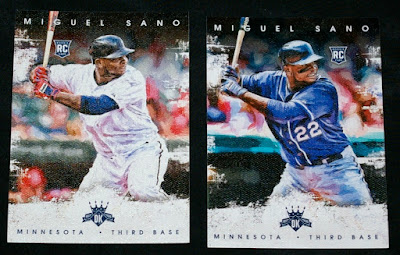 I thought it was odd that I pulled 2 Miguel Sano cards from the same blaster, but upon juxtaposing them, the uniform is obviously different. They both have the same card number on the back, so I guess one must be a variation or something. Seems kinda pointless.

So yeah, there were the highlights. It was a decent blaster, thanks mostly to the /25 auto I pulled. Diamond Kings tend to give you decent bang for your buck, so I like to rip some to check out, though I'm not sure I'll go out of my way to pick up any more this year.
Posted by defgav at 3:57 PM