I had just placed a COMC order back in late April, and I couldn't resist making another one in late May. I know a lot of you guys just add stuff to your inventory throughout the year then wait until a free shipping special to get the cards mailed out to you. But I just don't have the patience for that!

However, I should have waited a little while longer this time, as it's a Spring Cleaning Sale weekend at COMC coming up (6/3-6/5) with free shipping. Oh well, just 3 bucks wasted.

Sorry to say it, guys, (as I don't have much/any regular readers these days who are Padres fans), but this was a San Diego-centric order (though not actually Padres cards). While the team is pretty bad this year, I'm still a Friar fan for better or worse. While I only consider myself to have a PC going for 3 current Padres (Matt Kemp, Wil Myers, Andrew Cashner), I figured I'd pick up a good card of some of the other notable players on this year's team. And so that's the meat of this recent order. 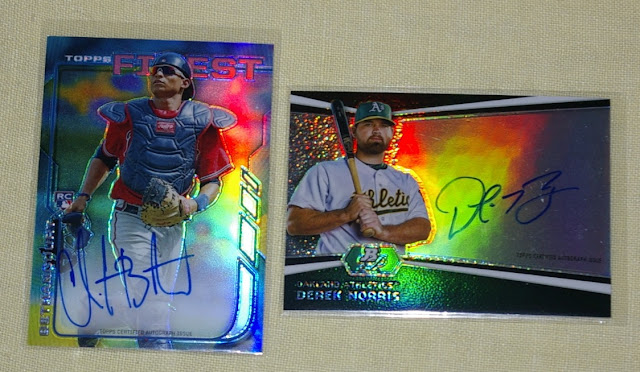 Kicking off with some shiny catchers, at $2.74 the Derek Norris was easily the most expensive of these future Friar autos, with the others averaging around a buck-fiddy. He's been pretty cold at the plate this year, but still an exciting guy to watch. Christian Bethancourt has been playing decently, with manager Andy Green trying to wedge him into games with some time in the outfield. He even pitched in a blowout the other day and raised some eyebrows with his arsenal of pitches. 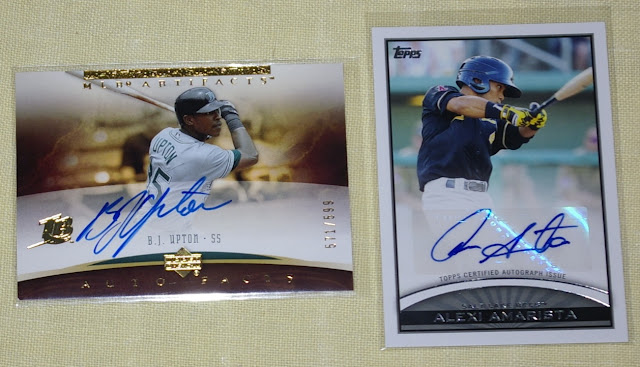 Alexi Amarista? Well, he's an easy little guy to root for. Melvin Upton has bounced back from rock bottom liability to be a serviceable (if overpaid) everyday outfielder once again. He seems to still have his speed, as his 11 stolen bases and 2 triples lead the team. 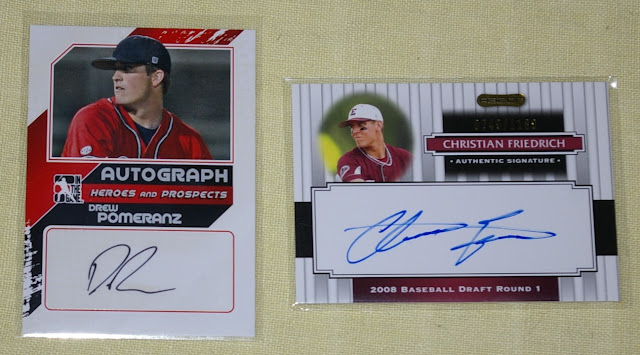 Drew Pomeranz and Christian Friedrich have been pleasant surprises in San Diego's rotation, with ERAs around 2.50 and ERA+ around 155. 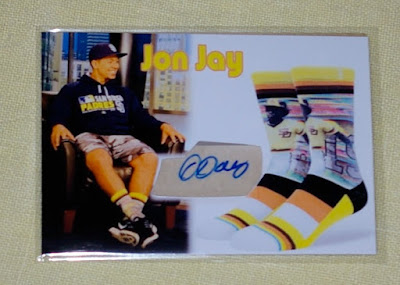 Jon Jay has been doing pretty well, with his .286 average leading the club among qualified hitters (UPDATE: up to .301 after his 5-6 performance in a crazy game last night). He's also endeared himself to Padre fans by always wearing fabulous Tony Gwynn socks. I commemorated this wardrobe choice on a custom overlay. 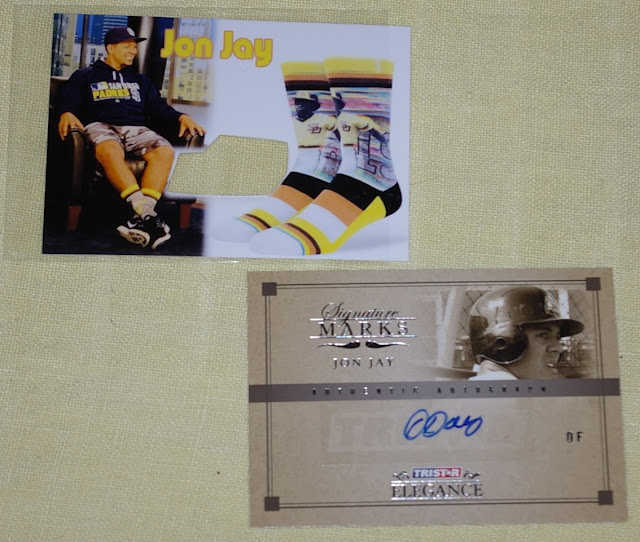 Here it is undressed. Days after picking this one up for a little over a dollar on COMC, I then found another of the same card for a little under a dollar at the card show. I picked up that one also and sent it to Marcus from All The Way to the Backstop with an overlay (and it should have arrived by now so I'm not spoiling anything). Marcus' overlay actually came out better, while the window on mine got a little wonky to accommodate the auto. 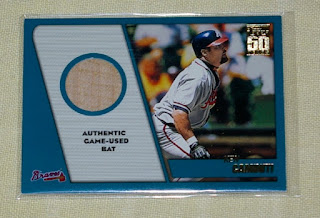 From current Padres now to former. I'm just about ready to consider my Ken Caminiti collection "finished" by my standards, but one last card I felt I needed to round it out was this one. I don't think I previously owned any Cammy relics or cards depicting his swan song half-season in Atlanta. This card hits both birds.

More letter cards toward my quest of spelling out BASEBALL CARD BREAKDOWN. I'm down to only needing another B and a K in addition to a couple that jaybarkerfan has set aside for me. If anybody has a B and/or K of anybody available for trade, please let me know! I might also want another L, because I'm pretty sure my other L is also Jarett Dillard which I didn't realize at the time, and I'd rather not have dupes in this project. 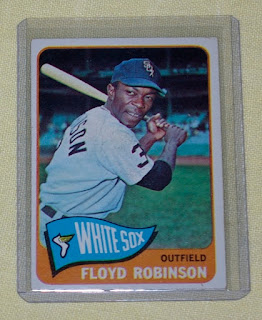 I had a little store credit remaining (over the $3 for shipping), so I looked for a cheap 65 need to tap me out, and Floyd Robinson is who I came up with. This card takes me to 59% complete with the set.

That's it for this order. I might throw together another one this weekend to take advantage of the free shipping offer. Already got a couple Yangervis Solarte autos in my inventory.
Posted by defgav at 2:25 PM