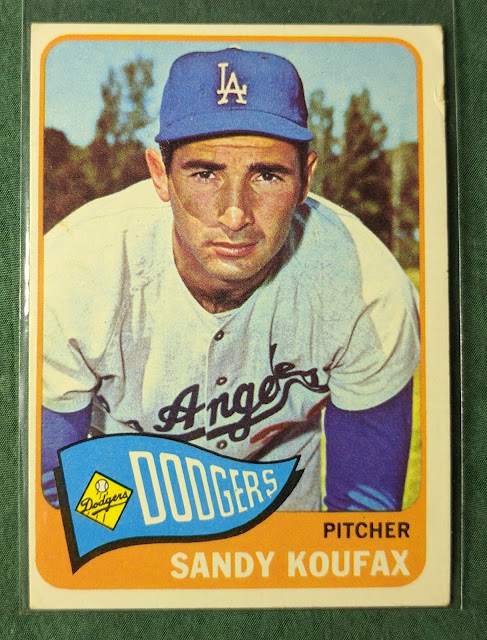 Amazing package from gcrl arrived the other day. I was super excited for this card. Apart from a beat-up league leaders card, I don't think I previously had any playing-days Sandy Koufax in my collection. It pairs nicely with the sweet autograph I splurged for last month. But technically, this isn't for the Koufax PC, but rather the 1965 setbuild. It's in the right the condition I like for vintage: just off enough to keep the Slabbing Sect away, but still a fantastic, eye-pleasing specimen of a baseball card. 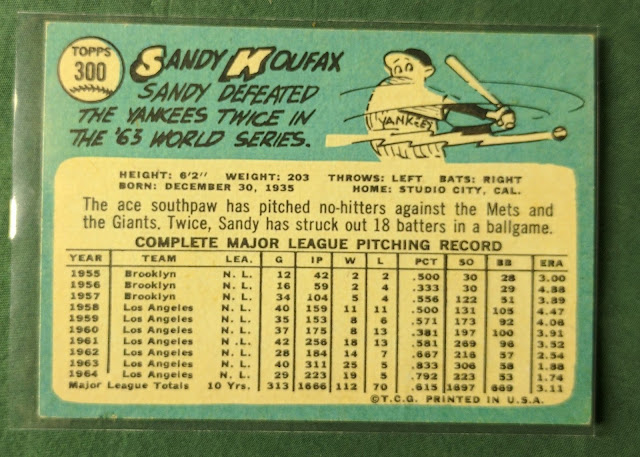 The back's a beaut, too.

And we're not through with the vintage Koufax... 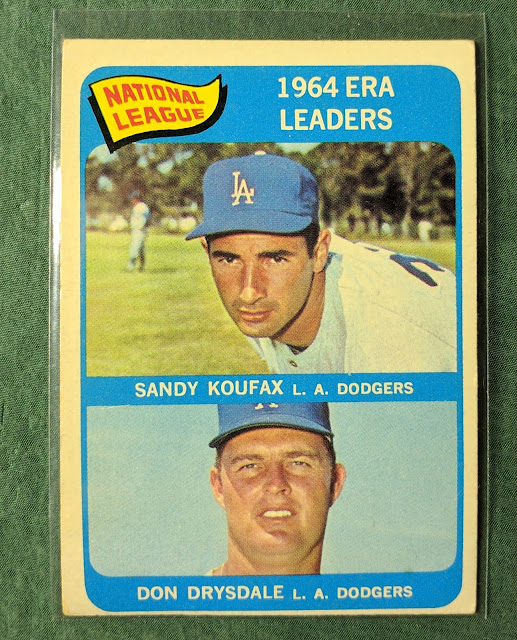 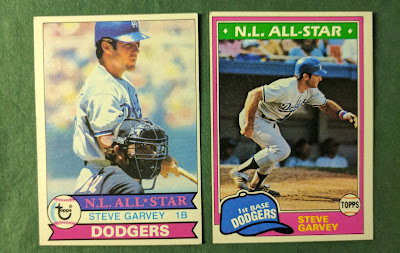 Jim is the cardsphere's premiere Steve Garvey collector, and looks like he had some dupes available to share with me. 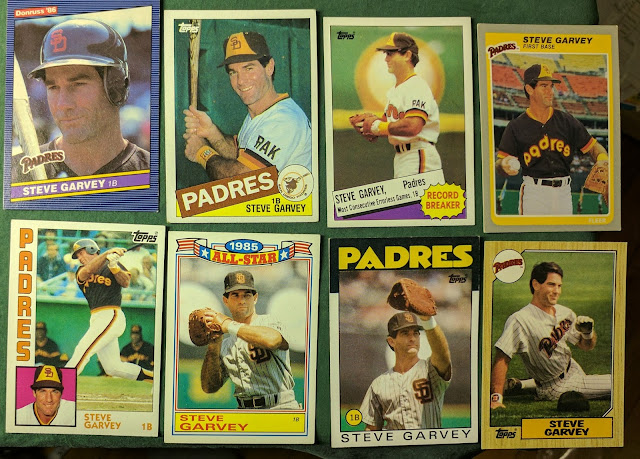 We differ in that my fond memories of Garv are from his Padre days, while I'm sure gcrl would have rather he spent his entire career in Dodger blue. 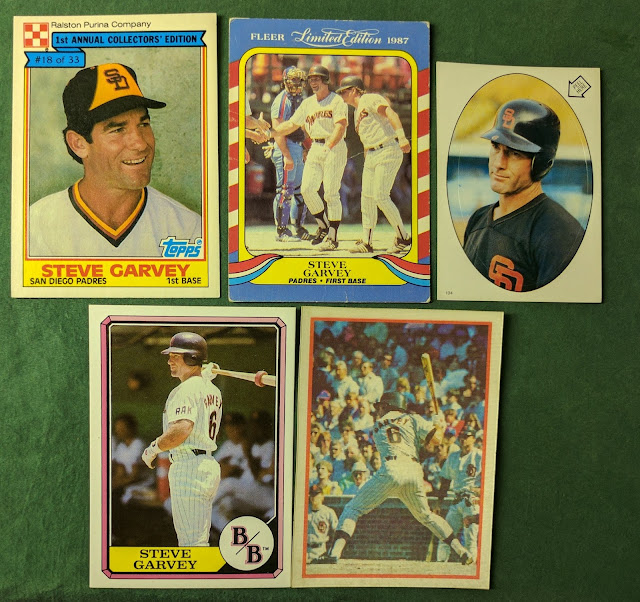 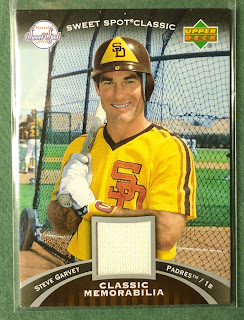 Here's a card that made my eyes light up. Terrific looking relic card.

And there's more from the package, too, but I'm going to spread it out over another post or two.

And since this post is heavy on Dodgers and it happens to be Ron Cey's birthday, here's a bonus card to show off today that I picked up off eBay a little while back: 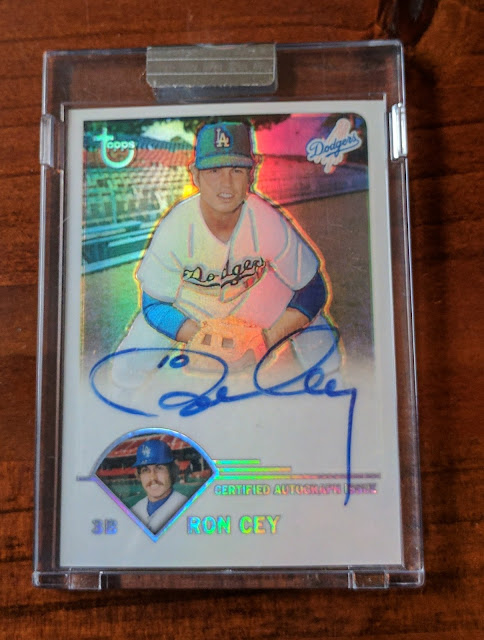 Ain't that pretty?! You know I'm crazy about Topps Retired, and if I see a refractor auto I don't have pop up with a low opening bid, you can bet I'll throw a bid on it. 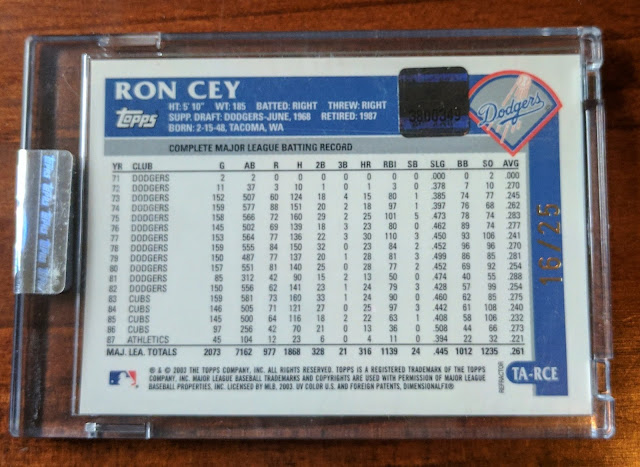 He'll always be an Oakland Athletic to me.

Cey seem like a great guy, and is very generous signing autographs for fans. Got a nice TTM return from him last year.