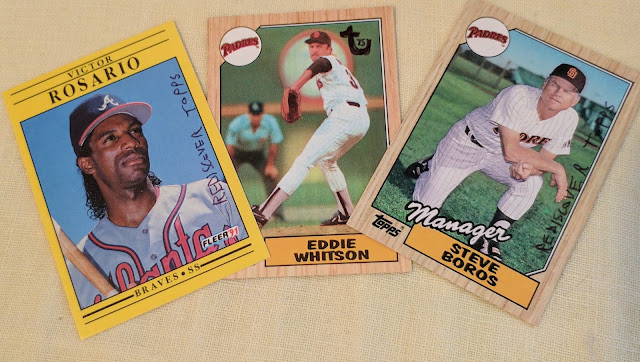 I haven't bought any 2017 Topps, neither unopened nor on the secondary market, yet as you can clearly see, somehow I was able to obtain some of those buybacks all the kids are crazy for. But wait! Take a closer look at the above photo. These are homemade buybacks! Pretty ingenious, right?! You can literally turn every card in your collection into a homemade buyback! All it takes is a pen and a dash of danger.

Sorry, guys, these ones aren't for sale, so don't even bother trying to talk me out of them. But feel free to make you own.

Switching gears to something slightly less stupid.. I've still been hopping on the Bunt app just about everyday since getting a smartphone around Christmas. While I still think it's crazy to consider paying for a picture of a card, it's kind of a fun way to kill a couple minutes during my morning public transportation commute. I wonder when they're gonna get 2017 digital cards on there.. still flogging the old 2016 design. Maybe I'll even try to figure out how to play the game aspect of the app once the season starts. It's my understanding it's sort of like a fantasy baseball thing?

But I suppose my true goal with Bunt is to score some rare cards on there that I can sell for a few bucks, then use that money to buy actual cards. I haven't attempted any sales yet, but maybe one of these days if/when I pull something big. 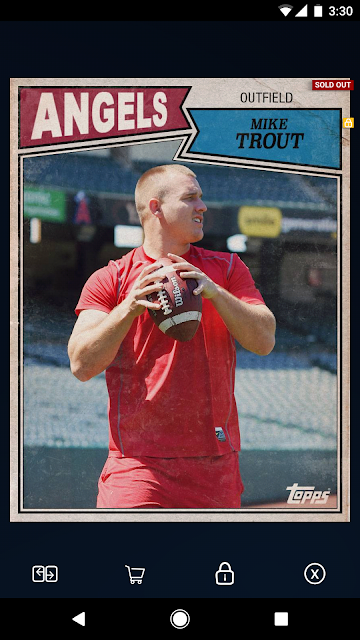 This might be my favorite digital card I've pulled so far. These were a special 1987 Topps Football insert set briefly available during Super Bowl weekend. I scored the Trout and the Braun. There's one on eBay right now for 99¢, so I guess this isn't gonna be the card to monetize my Bunt experience.

Some of my other favorite inserts: 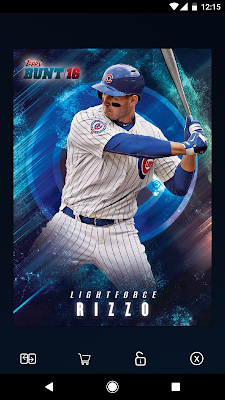 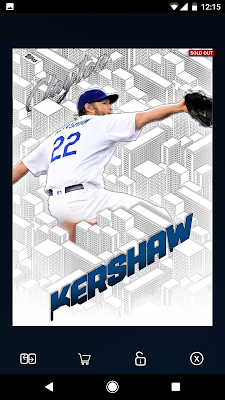 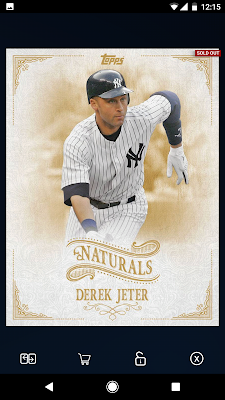 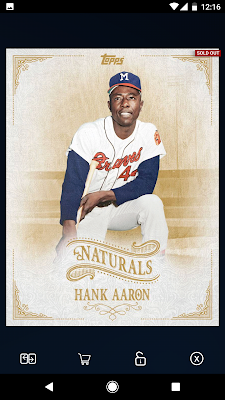 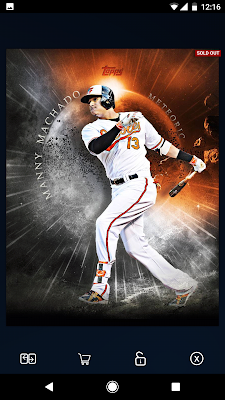 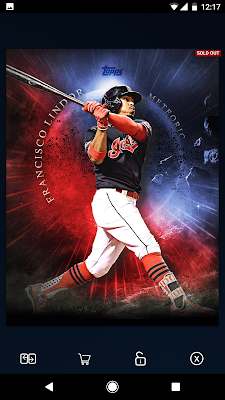 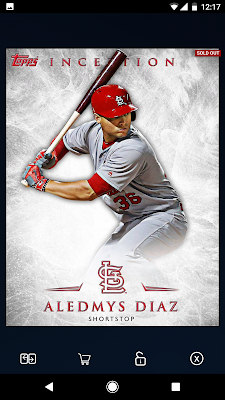 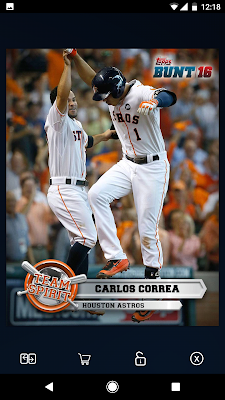 And I also typically jump on the Star Wars Card Trader app most days after I check in with Bunt. It's pretty similar, though seems tough to pull anything special, and I have no idea what's up with the "game" aspect to it, I just open packs and hope for something cool. Again, it'd be nice to eventually be able to sell some of those fake cards to fund the purchase of real cards, but yeah, I like Star Wars so it's kinda fun to rip a digital pack. Here are some highlights from my lil' virtual SW card collection: 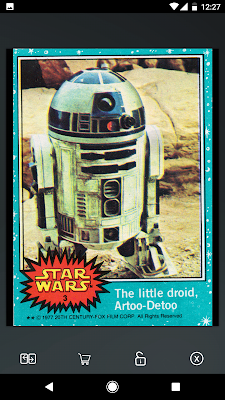 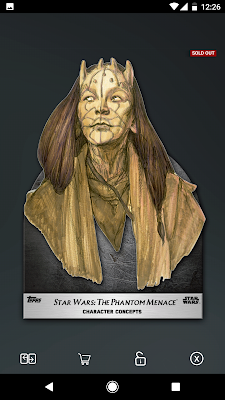 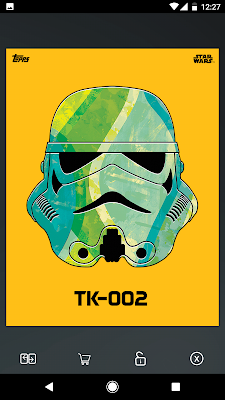 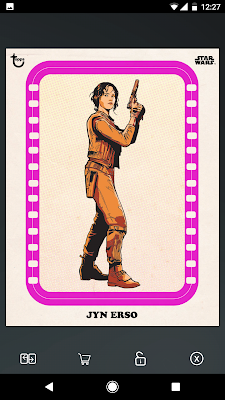 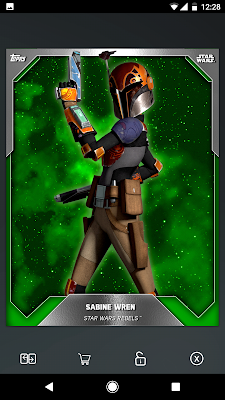 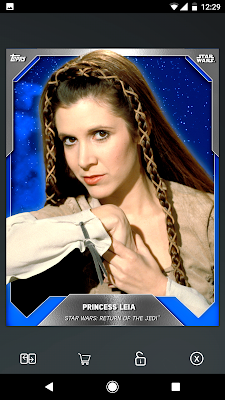 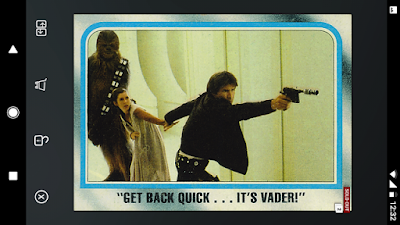 I'm not necessarily trying to convince anyone to get in on the action, just scraping a post together out of some of my favorite digital cards. Don't worry, traditional cardboard collectors, I won't make a frequent habit out of posts like this.

While I'm not a huge hockey fan, I've also tried to find the Upper Deck ePack app, but couldn't find it. Is it not available on Android or something?

But yeah, Bunt, SWCT, and Twitter are mainly what I mess around on my phone with. I've resisted any dumb, addictive games as I don't want to get sucked into them. I used to play Mafia Wars back in the day and I got borderline unhealthy about it, pointlessly leveling up all the time. I can barely keep up with my Twitter feed. And yeah, I actually try to keep up with my Twitter feed. It might make me look like a jerk when I don't follow back someone who follows me, but damn, I can barely keep up with the accounts I follow already. 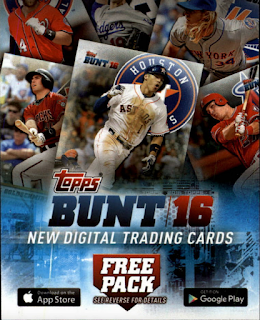 I think Bunt "free digital pack" code cards like above were inserted in 2016 Bunt (physical) packs, and they're due to expire at the end of February 2017. If any of you readers have any of these sitting around unused on the cusp of being wasted, I'd be grateful if you could hook me up with them. Whether physically by snail mail or just scratch it off and email me the code, I'd be happy to put them to good use. I don't want them enough to, like, trade you good cards just for them, but if you're thinking of sending me cards before the month's out and have a couple to throw in, go for it. Or if you have a bunch and email me the codes, I'd definitely mark you down for future considerations.

Anyways, yeah if you have any of the expiring Bunt code cards you're not gonna use, let me know. Thanks!
Posted by defgav at 3:52 PM