Awesome cards from a Jedi and a Commissioner

Jedi Jeff and Commishbob are united in their admiration of late, great Billy Pierce. They also both sent me cards this past week that packed quite the 1-2 punch. Let's check them out.

It was back on St. Patrick's Day that 2 x 3 Heroes ran a fun blogoversary contest. It wasn't a standard "comment to enter" contest, but rather one of those where you actually gotta work for it. Fueled by my Irish pride and the alcohol consumption that comes with it, I made it my mission to win the prize. First I had to decipher a coded message. Then that message sent me on a quest through the 2 x 3 archives and leave a comment on a specific post. After not immediately figuring it out, I just started commenting on every freakin' post, hoping to luck out on the right one. Have I mentioned I had a buzz going? Eventually, I conked out for the night before stumbling upon the right post. In the morning, I picked up where I left off, finally hitting goal with my rapid fire. Jeff was understandably a bit chagrined I went around the spirit of the contest. But I was able to retroactively figure out which post was the winner and identify it to Jeff through email, and was therefore declared winner with no asterisk needed. 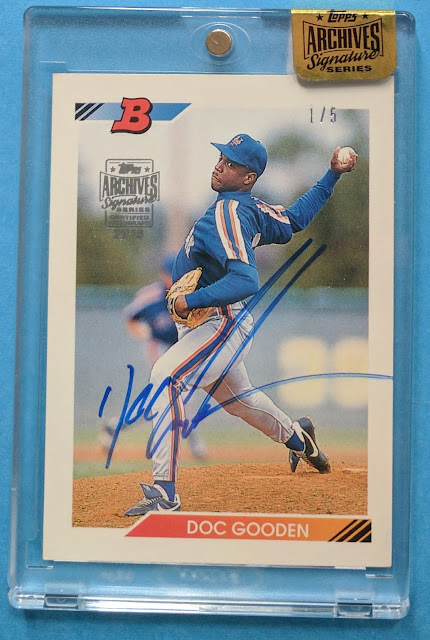 The prize was this glorious Archives Signature 1/5 auto of Doc Gooden on a 1992 Bowman card. Love it!

But Jeff didn't stop there. I also received an unopened pack of 2016 Topps Tribute! 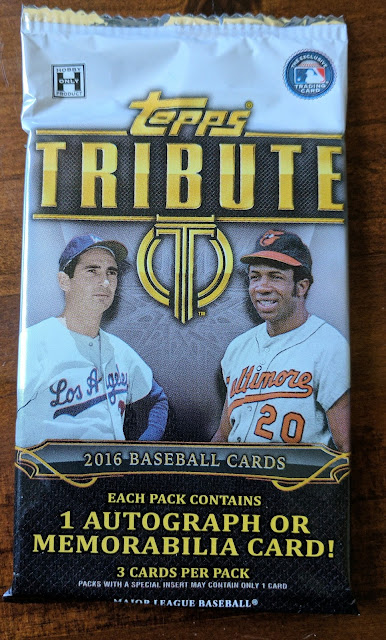 Jeff let me know he really wanted me to pull something big for my collection. Hey, me too, man! 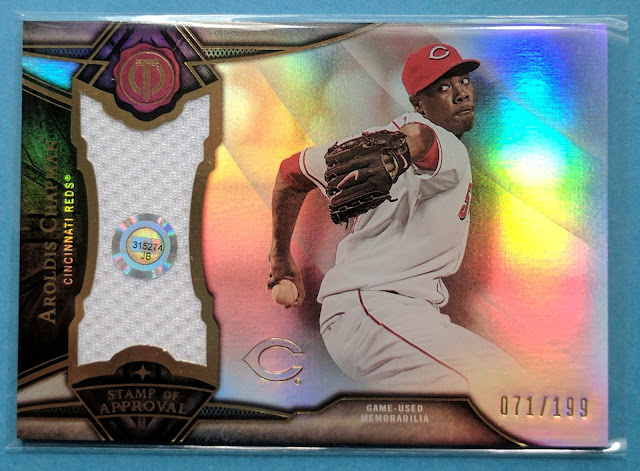 Ouch! That would be classified as a bust.

On the plus side, Aroldis Chapman is one of the most dominant pitchers in the game. He holds the record for the fastest recorded pitch speed in MLB history at 105.1 mph. He was instrumental in helping the Cubs break the curse and win the World Series last year. He's back in the Bronx this year, still bringing the heat with only one earned run allowed so far this season.

Despite all those accolades, his collectability is in the toilet thanks to a domestic abuse incident. Nobody wants to collect a guy who threatens his woman with a loaded gun. Not cool.

So yeah, not a great pull. Nice looking card, though!

Looking up the authentication code, this is a swatch of Aroldis Chapman's game used jersey from 7/03/15 Milwaukee vs Cincinnati. And looking up that game, well, turns out the jersey was not exactly "game used" but rather "hanging-out-in-the-bullpen used" as Chapman didn't pitch in that game, a blowout by the Brewers, 12-1. Bummer.. it would have been cooler if this had been from a jersey he got a save in. Oh well. 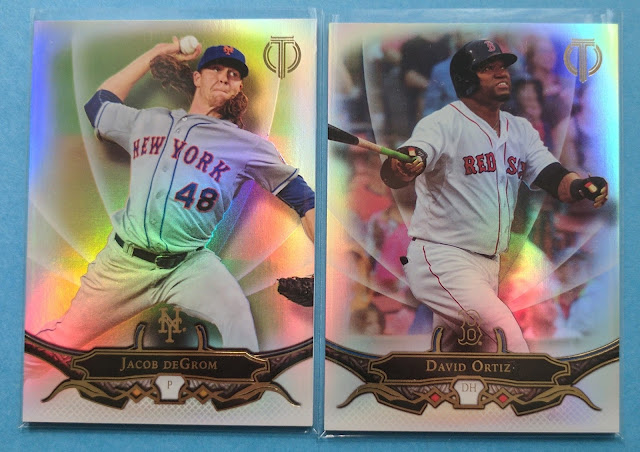 The base cards in the pack were ok. deGrom is a good young pitcher. And Big Papi is a guy I collect. So that's cool.

Thanks a lot, Jeff! Again, I'll shoot you back a little thank-you soon.

Now here's what Commishbob from The Five Tool Collector surprised me with. 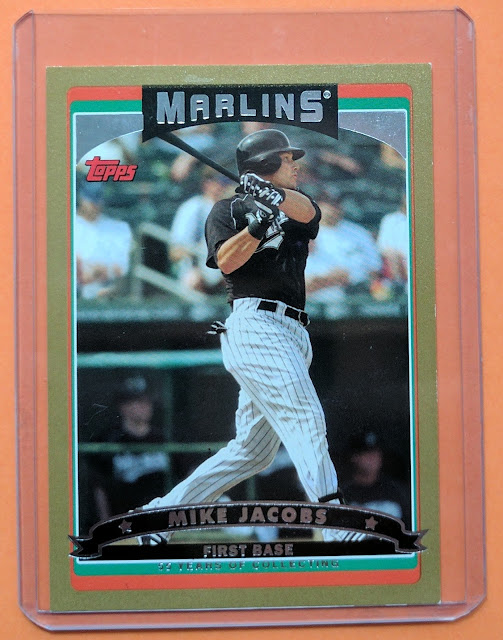 Bob had posted about this card he ended up with after buying some cheap "random decent cards" lots from an eBay seller. I offered to give this Mike Jacobs gold parallel a good home. He's a guy I collect because I went to community college with him. 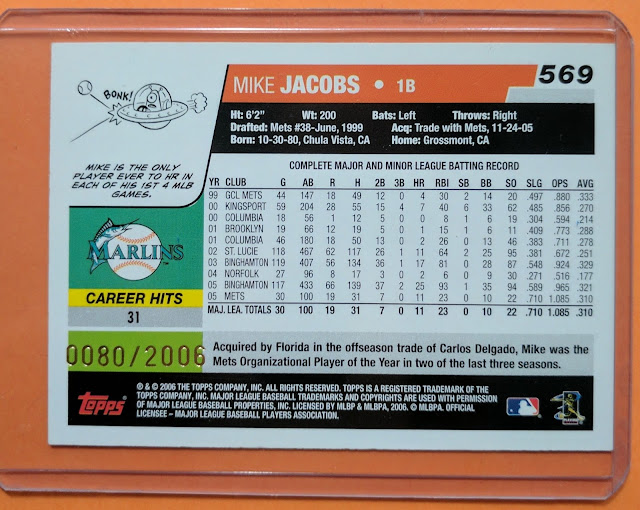 I like this back. You get a cartoon with a baseball bouncing off a UFO and some nice gold foil serial numbering.

So Bob was not only nice enough to graciously send me that Jacobs I expressed interest in, but he also sent a couple vintage surprises along for the ride: 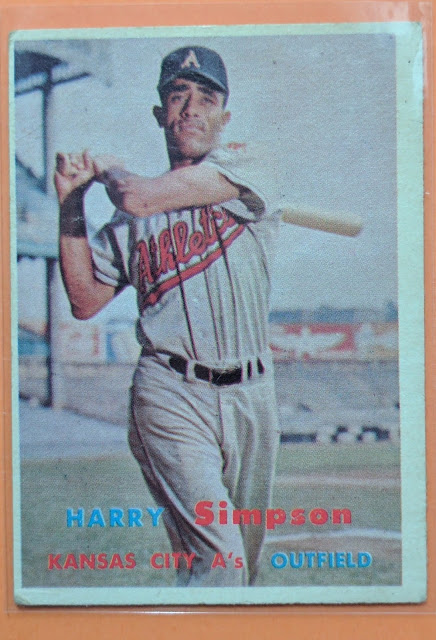 Nice! I believe this is the first 1957 card I've randomly gotten from the cardsphere. (I got a few from $30 Robert, but I was expecting those.) Now at 11% complete with this set.. slowly but surely creeping along! 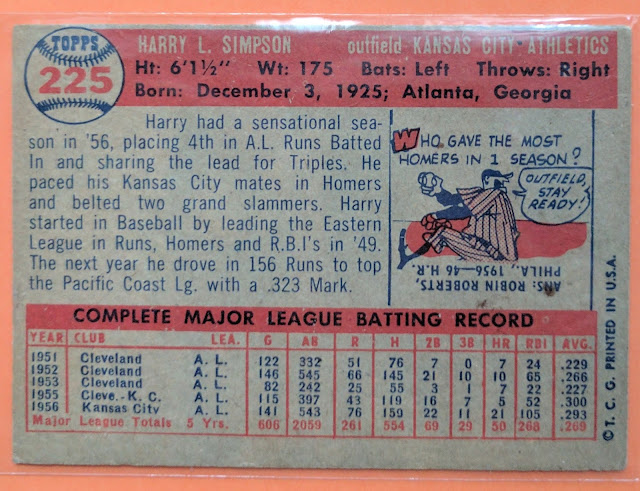 Might as well show the back of this one, too.. from back in the days when Topps would sometimes have a negative cartoon, this one ribbing HOFer Robin Roberts.

But the biggest boom of the PWE was a HOFer for my '64 setbuild... 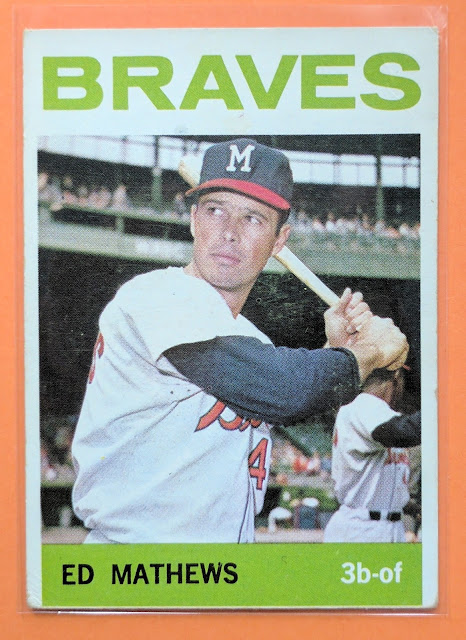 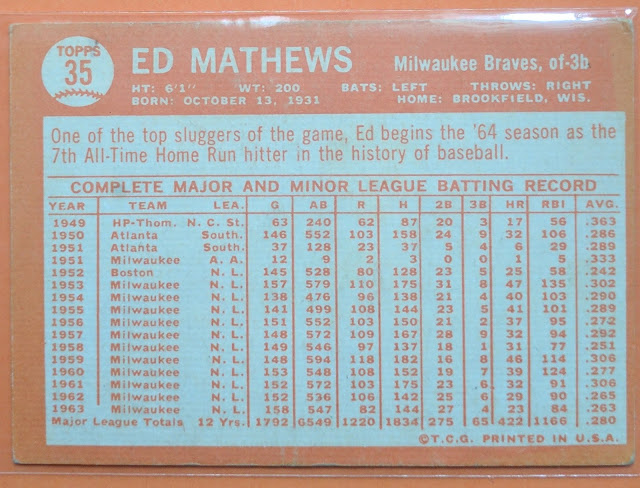 How great is that?!

Big thanks, Bob! I'll round up something to return the favor soon.
Posted by defgav at 12:56 PM