It's been a very lucky past two or three months for me for winning contests on the cardsphere. First I won a Cardboard Hogs contest by default. Then I won 2x3 Heroes blogoversary contest by figuring out his cryptic clues. More recently, I got into jaybarkerfan's Big Fun Game thanks to the randomizer (and then John Miller's similar game). Then I came in 2nd place in a Summer of '74 contest, but 1st place winner Tony L. graciously deferred his prize to me. And the other day I found out my suggestion was selected as the winner for Collecting Cutch's "name my new segment" contest. Nice! (I'll be balancing out the karma with a couple big contest of my own coming up shortly.) 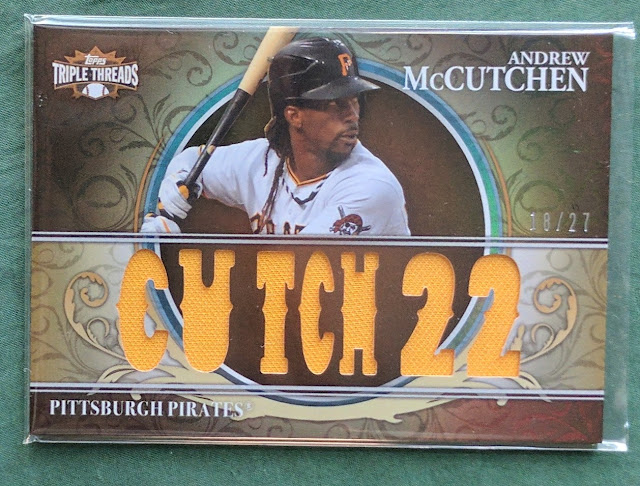 Here's the grand prize from the Collecting Cutch contest, a great looking relic #'d 18/27. This is an awesome addition to my McCutchen PC. "Cutch 22" works on a couple levels, as it's a pun on "catch 22" and 22 is his jersey number.

Brian didn't just stop there, though, including a bunch of sweet bonus cards for me... 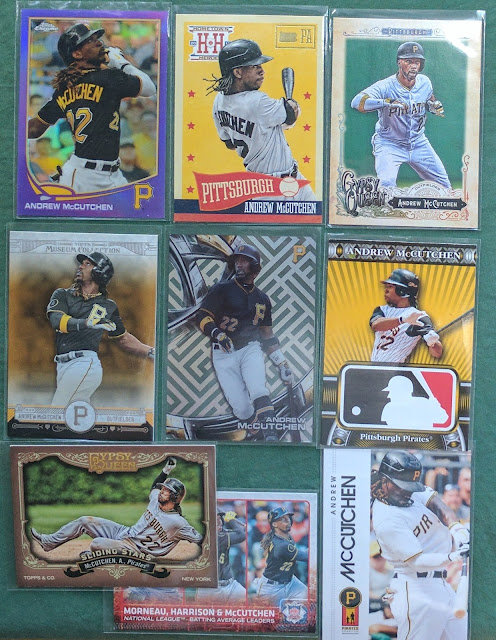 If you've ever checked out the Collecting Cutch blog, you know Brian's got an insane Andrew McCutchen collection. I collect him too, but on a much more modest level, and here's a nice lot for my PC. Cutch has been struggling the past couple years, apparently falling victim to the Samson complex, as it seems his mojo was in his dreads. But he's a good guy and I still collect him. Hopefully he can turn things around. 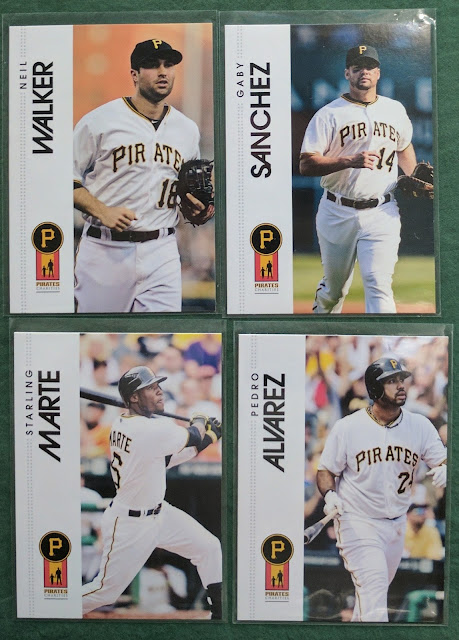 You don't see too many oddballs these days, thanks in large part to legal bullshit, so it was cool to be surprised with these police cards. 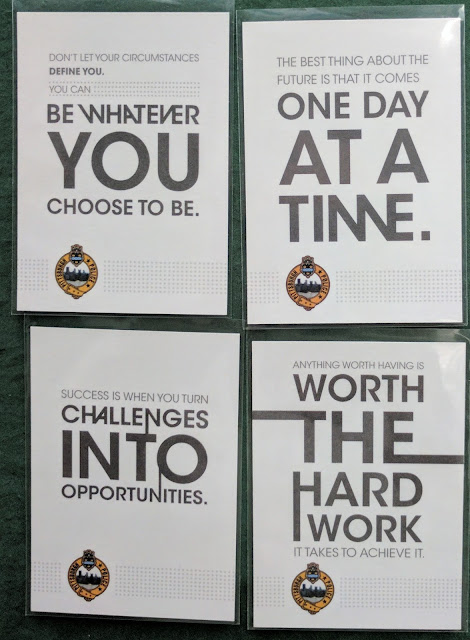 I like these motivational sayings on the back.. a step up from the old "Stay in school" and "Say no to drugs" you get on similar cards back in the day. 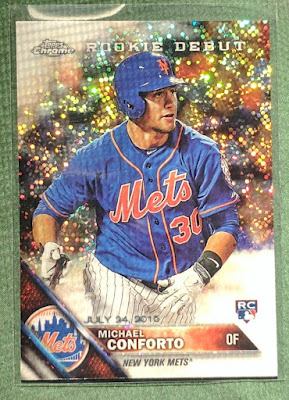 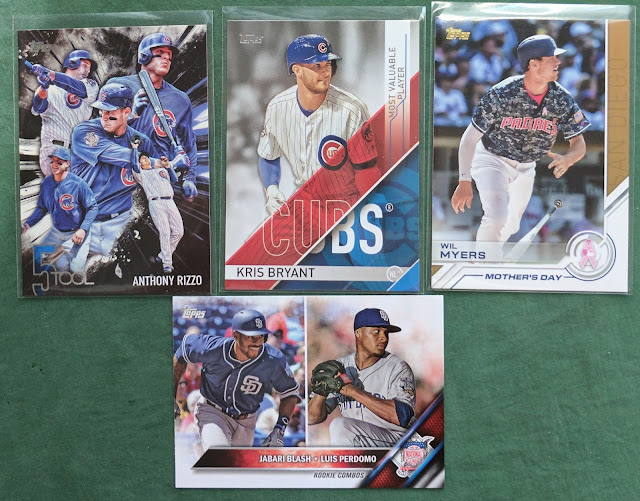 Some more dudes I collect. 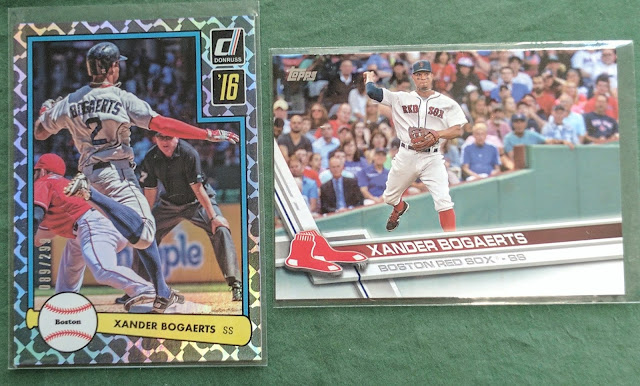 Xander in the house! 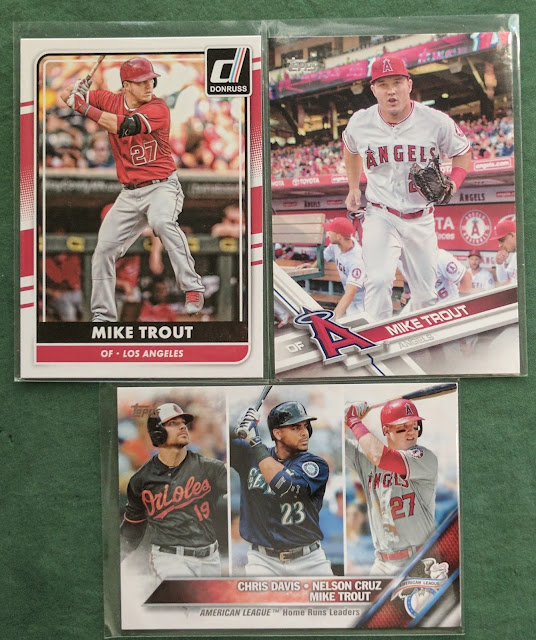 A few cards for the Mike Trout PC. 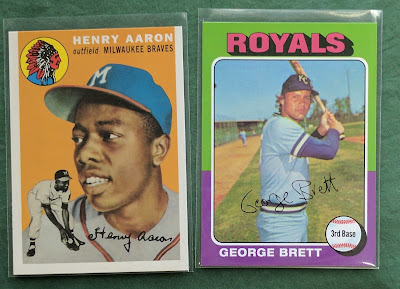 A couple reprint/ads of HOF RCs. 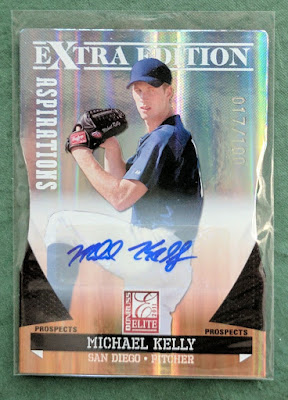 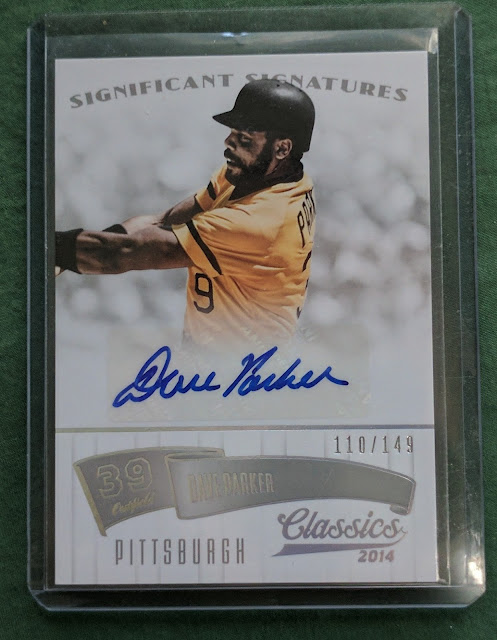 And let's wrap things up with an auto of the Cobra himself, Dave Parker!

Awesome stuff! Thanks again, man!
Posted by defgav at 3:51 PM