A few weeks ago I got an email from a guy who works at the card store Dave & Adam's who said he dug my Simpsons customs and that Darryl Strawberry was scheduled to do a signing in their store. We worked out a deal where I hooked him up with some Strawberry customs and in turn he got me an autograph at the signing. 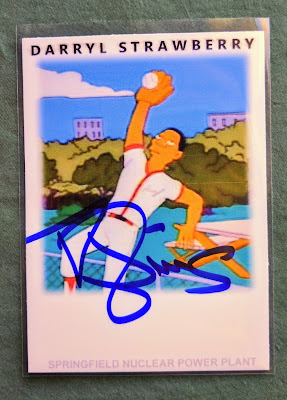 Turned out awesome! Thanks, man!


Darryl was super cool and he was pretty excited about the card. He laughed and said, "I haven't ever seen one of these before. This brings back memories."

Nice! I love when a subject gets a kick out of one of my customs and I can break up the monotony for them.. You gotta figure they've signed thousands of the same few mainstream cards over and over for years. 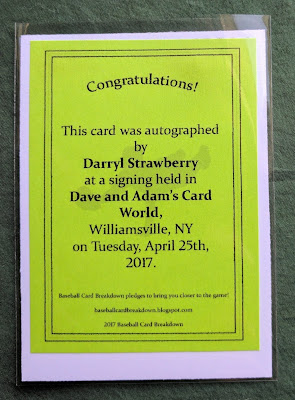 I whipped up a dumb little back for it and stuck it on after the fact.

I would love to someday get autographed Simpsons customs for all MLBers who've ever guested on the show. That won't be easy, especially since most of them aren't known as good through-the-mail signers, but hey, never say never. Now I've got Strawberry to go with my first such success, Wade Boggs. 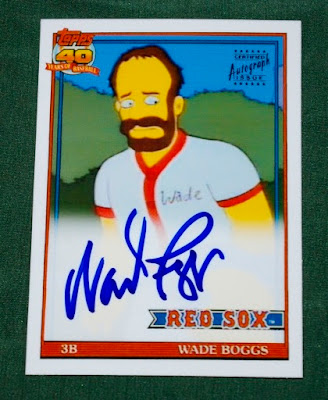 Thanks for swinging by.
Posted by defgav at 3:50 PM