Did you hear about the incident in Portland on Friday where the crazy guy was harassing a couple Muslim women on the train, and when a couple guys tried to get him to chill out, the fucker pulled out a knife and fatally stabbed the guys who were trying to help? (A third heroic person was injured but survived the attack.) It's a tragic story. And close to home for me, as it happened right at the stop where I get off to go home. I usually take that train but a little later. My wife gets off work earlier than me and perhaps would have been on that very train on a normal day, but drove Friday.

And the Friday before that, there was a stabbing at the next stop before on my route home. Just some creepy guy hitting on a woman, then stabbing her when she turned him down.

Yikes! Why is Portland getting so stabby lately? And on my route home, no less!

Well, I don't know a good way to segue that into showing off baseball cards, but let's wrap up the remaining highlights from the big lot fellow Portland resident Padrographs Rod kindly gave me a month ago.

There was a nice lot of 2016 Bowman/Bowman Chrome, with plenty of shiny. I probably could have gotten a full post out of these, but I'll keep things moving along since I've got a lot to post about at the moment.

These are pretty cool.. Here's about half of the Topps' Rookie of the Week insert set from a while back, with reimagined rookie cards of legendary players (most of whom I collect). 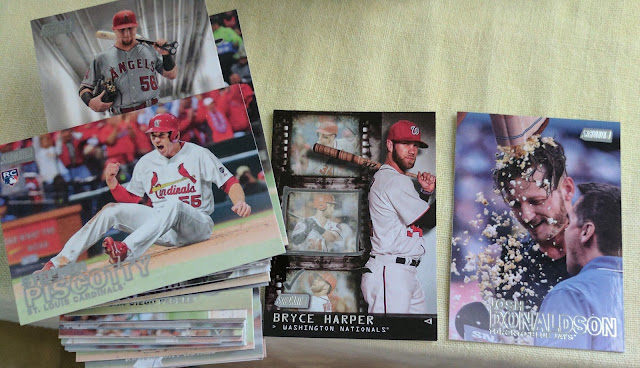 Who's still working on 2016 Stadium Club? Hit me up. Nice stack here with some keepers for me including a Bryce insert and popcorn Donaldson. 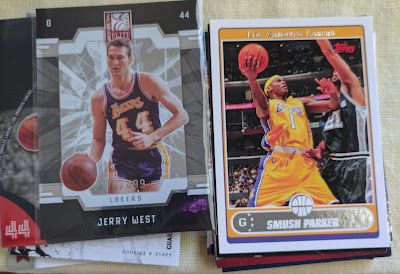 A few basketball cards, heavy on Lakers, including a few Jerry West cards (it happens to be his birthday today) which I'll likely end up sending over to Matt Scott (WVU content). And how have I never heard of a guy named Smush? I love fun names like that. 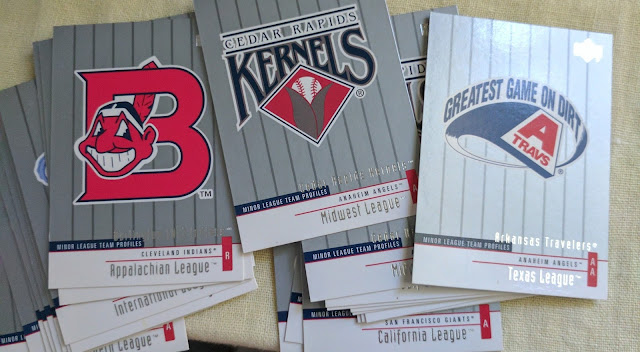 And there were 2 copies of the Topps Now holiday bonus card. I haven't bought a Topps Now card directly from Topps, so I never got one of these. Cool to get two of them! One's definitely going toward the Kris Bryant PC, while the second one will likely go to the Ichiro PC (with him getting the slight nod over Big Papi since I've already got 100+ cards of Ortiz.)

And just some more various cool cards. Love seeing Jesse Orosco as a Friar. There were also several TTM autos in the lot (Padrograph doubles, no doubt). Nice framed Eddie Murray card. And howbout that John Kruk card from back when he was a relatively slim minor leaguer?!

Food oddballs! Most of these are from Carl's Jr. Don't recall seeing them before, but I like 'em!

A bunch of non-sports, heavy on US presidents. These don't really fit my collection.. anybody interesting in trading for them? (There were also many Beach Boys cards, but I'm holding off on going though them until I bust the box I bought.) 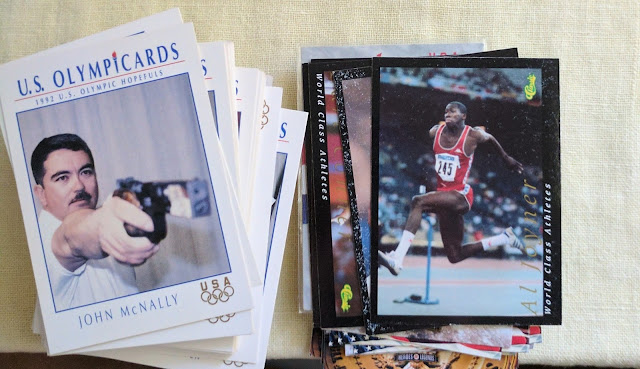 And a bunch of Olympic cards, also available. Not often you see a sportscard with a guy aiming a gun at you. At least he's not stabbing anybody!

Again, huge thanks for the cards, Rod!
Posted by defgav at 10:37 AM