After scoring a blaster of 2018 Topps Archives on its release day Wednesday, I grabbed a Target giftcard from home and went back the next day for another one. Glad I did, as the second one turned out to be better than the first. 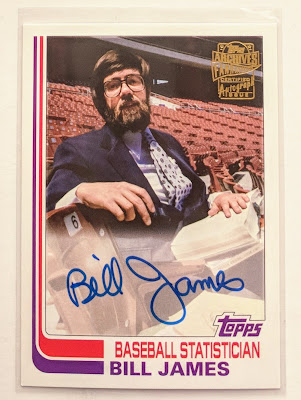 An auto! Not exactly Ohtani, but when I saw Bill James listed on the autograph checklist, I made a mental note to track down a copy someday. So I was very happy to have pulled this one. I'm not much of a sabermetrics guy, honestly, as I can barely get my head around the OPS stat much less all the more intricate "cyber stats" or whatever you call 'em, but I can still appreciate his considerable contribution to modern baseball. 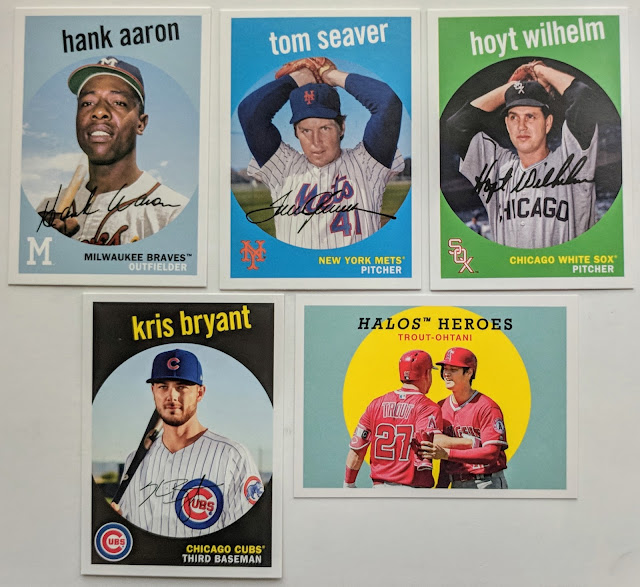 Some keepers from the '59 design base cards. Happy to see Hoyt crack the checklist. 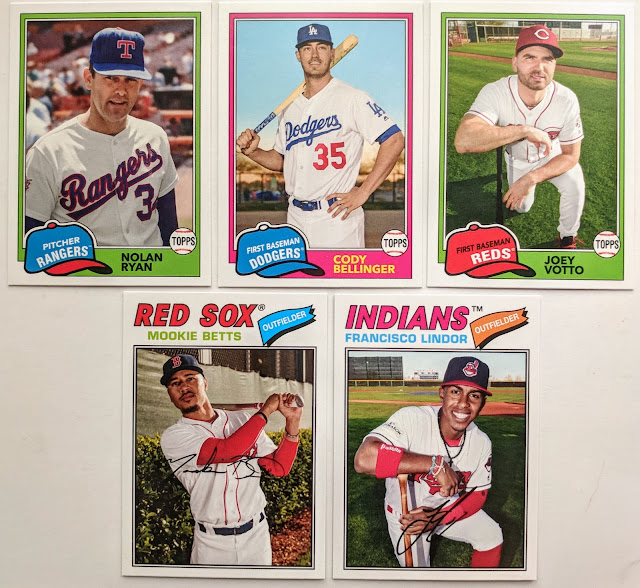 And some more keepers. I was happy to not pull any dupes from my two blasters. If my 2 hobby boxes have good collation (not due out till next month.. ugh), I'm thinking I might try to complete the base set. But maybe not. I might decide on just going for the guys I collect plus all the Sandlot stuff. 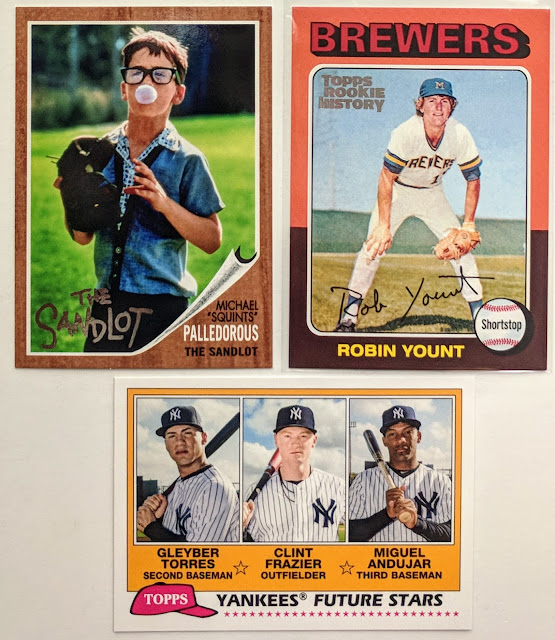 Pulled some cool kids here. Squints is a good one to get from the Sandlot cards. Plus I was able to call dibs on the available Sandlot stuff Julie pulled (Yes!!), so I should be sitting pretty on my goal there (though it's the autograph set that'll really put a Herculean bite in my wallet, but at least there are no big names like Charlie Sheen and Kevin Costner of past Archives movie auto sets).

The Yount rookie reprint is nice. And the Yankees Future Stars is probably one of the best you can pull, with Torres and Andujar having big rookie seasons. I'm guessing these 3 inserts are 1-per-blaster, as I also pulled one of each in the earlier box I ripped.

To wrap it up... I always look forward to Archives every year. I've accepted that the current design team at Topps isn't gonna nail the classic designs perfectly. Stuff like putting the position as "Outfielder" isn't of just "Outfield" is annoying, but I can get over it. And fonts being a little off and text positioned strangely. But for the most part, they did a fine job this year. Sucks about the hobby version being delayed.. I guess maybe one or two of the Sandlot folks took too long to submit their autographed cards? (I have yet to see any Wendy autos pop up).. but that's just my guess. I probably won't buy anymore Archives this year since I've got those two pre-ordered hobby boxes coming eventually. But yeah, it's a fun product.

Have a great weekend, everybody.
Posted by defgav at 4:07 PM