When I was in third grade, my favorite tv show was Perfect Strangers. And I remember this for a fact because I had to write a little one-paragraph paper about what my favorite show was, and it turned out to be the first of a very small number of times in my academic career when a teacher pulled me aside and said 'good job' on something I wrote. I'll never forget that. Thanks, Mr. Hackett.

I don't think I had seen the show since its original late 80s/ early 90s run, but I've recently been watching through the series again on Hulu. And while it's pretty cheesy and probably not something I'd typically be into today assuming I never saw it before, the sentimental factor is off the charts for me and I've really been enjoying it. Great theme song, too.

Not long ago, I came to a (softball) baseball-themed episode ("The Unnatural", season 2, episode 3). And while it's not a classic on the level of "Homer at the Bat" or anything, it was still a very fun episode and inspired me to whip up a few custom baseball cards using images from the show's big game. 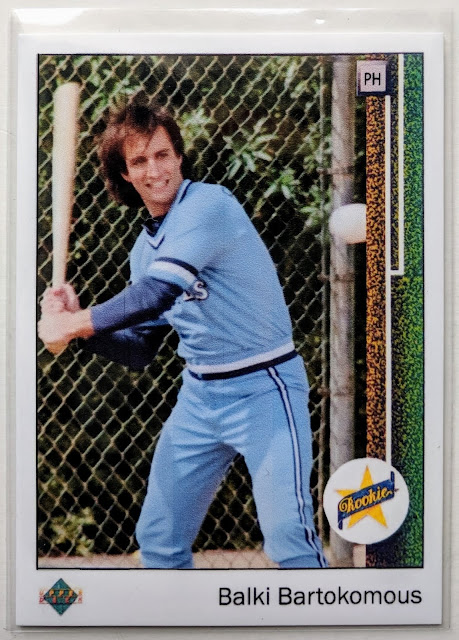 Move over, Junior! There's a new hot rookie in town. 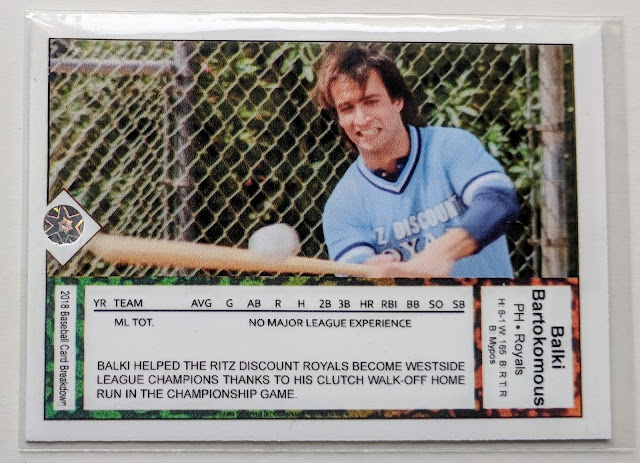 Gotta love Balki, who (spoiler alert) came up with the big hit at the end of the episode, as documented here on a custom in the style of 1989 Upper Deck. 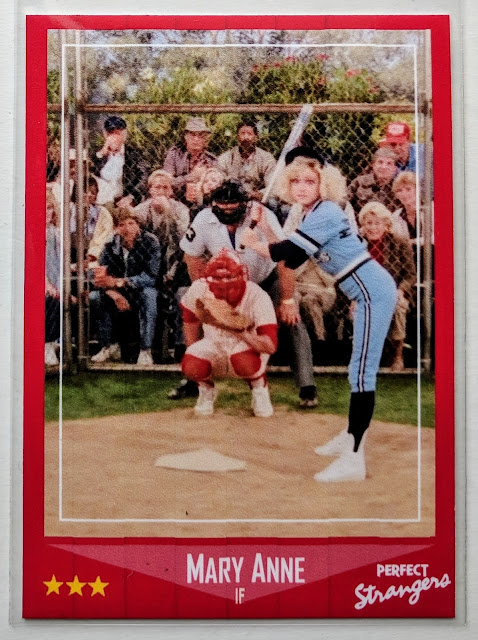 Third grade was also the year I first started noticing girls. My earliest kinda-sorta crush was a cute blonde classmate named Christina, if I recall correctly. And as far as celebrity crushes, I had strange new feelings for both Jennifer and Mary Anne on the show, but I think I'd have to rank Mary Anne narrowly on top. And she looks pretty adorable on this '88 Score style custom. 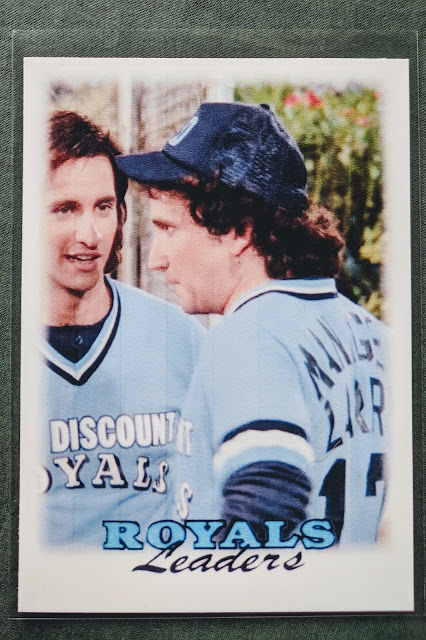 Me leave out Cousin Larry?! Don't be ridiculous. Had to get a shot of his great "Manager Larry" jersey on this custom in the style of the team leaders subset of 1988 Topps. 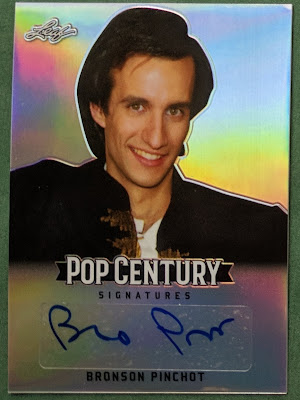 I was happy to see Bronson Pinchot get an autograph card in the 2018 Leaf Pop Century product, and ended up winning this one recently. And if you're a regular reader of my blog, you probably know what's coming next. Yep, I couldn't just leave this boring celebrity auto alone.. I had to make a custom overlay to spice it up... 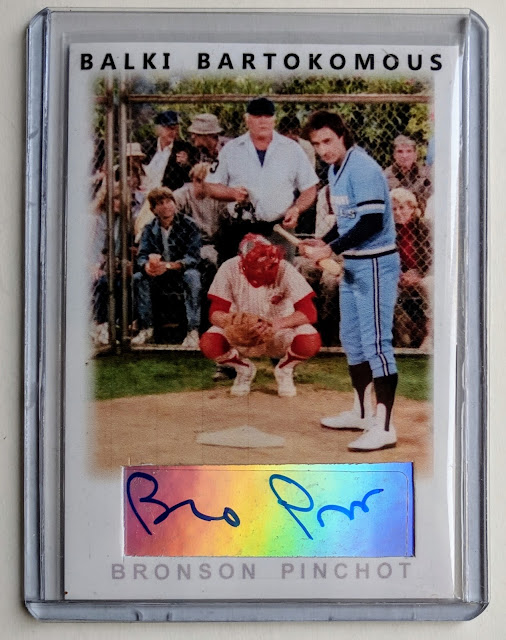 My own certified autograph Balki Bartokomous baseball card! Love it! Now we are so happy we do the Dance of Joy!

Thanks for reading, and remember to keep on standing tall on the wings of your dreams!