Dutch takes my magic number down to 14 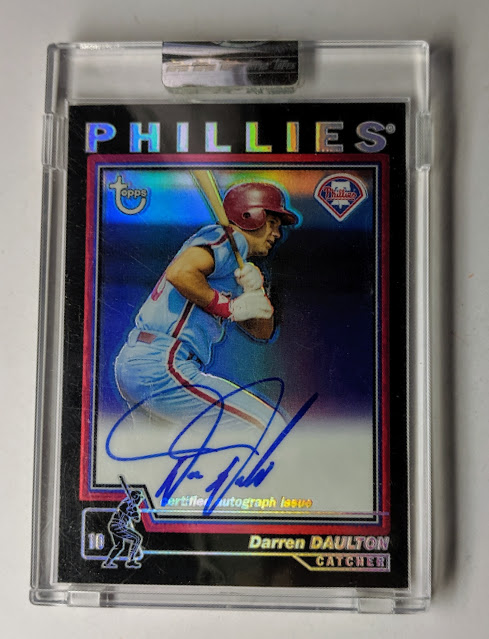 My lofty goal of completing 2004 Topps Retired refractor autos took another step closer thanks to recently scoring Darren Daulton here. I've considered this my #1 collecting goal for the past several years. Just 14 left to go. 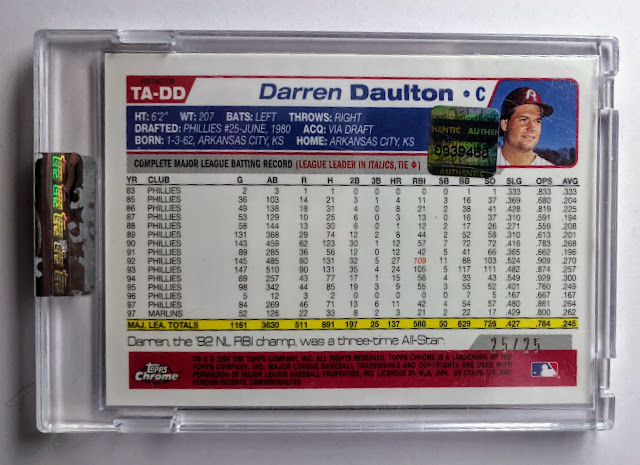 Daulton was a fan favorite behind the plate, and sadly passed away from cancer in 2017.

Dutch went out on top as a player, batting .389 in the 1997 World Series, and announcing his retirement shortly after his Marlins beat the Indians in 7 games. By then, he wasn't catching anymore, instead playing 1st or right field. The catcher for that '97 Florida squad was Charles Johnson, and hey, I just made a custom for him (as part of Johnny's custom commissions), so I'll add it as a little bonus to this post. 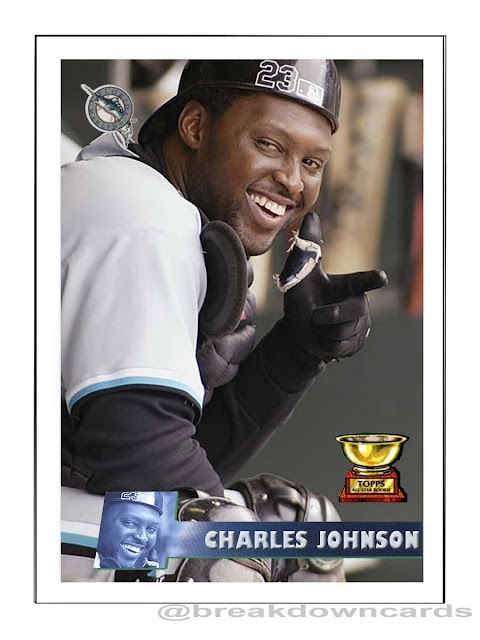 Johnson was picked as catcher for the Topps All-Star Rookie team after the 1995 season, but didn't get a Topps card the next year. Here's a 1996 Topps "card that should have been". It's my first attempt at a 1996 Topps custom and I half-assed some aspects, but hey, close enough. 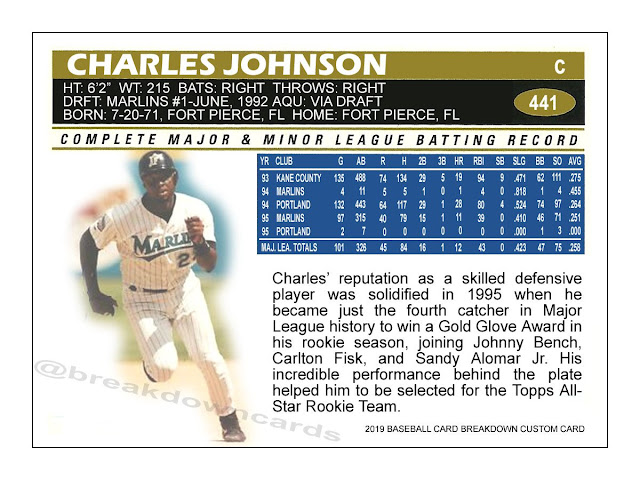 And it's his birthday today. Happy Birthday, CJ!
Posted by defgav at 2:24 PM