There's a documentary streaming on Netflix right now called I Am Your Father about the man in the Darth Vader suit in the original Star Wars Trilogy, David Prowse. While I wouldn't go as far as to say it's a great documentary, it's definitely worth 80 minutes of your time if you're a big Star Wars fan and have a Netflix subscription.

Long story short, he pretty much got screwed. Not only were all his lines overdubbed by James Earl Jones, at the end of Jedi when you finally get to see what Darth Vader looks like under his mask, they used a different actor.

Anyways, while watching the doc, I took a look for Prowse certified auto cards on eBay. Star Wars branded cards are pretty pricey, but you can find decent deals on cards from generic "actors/celebrities" products. I found one with the intention of making a custom overlay for it. I decided to take it a step further and make my first ever custom "booklet" card. 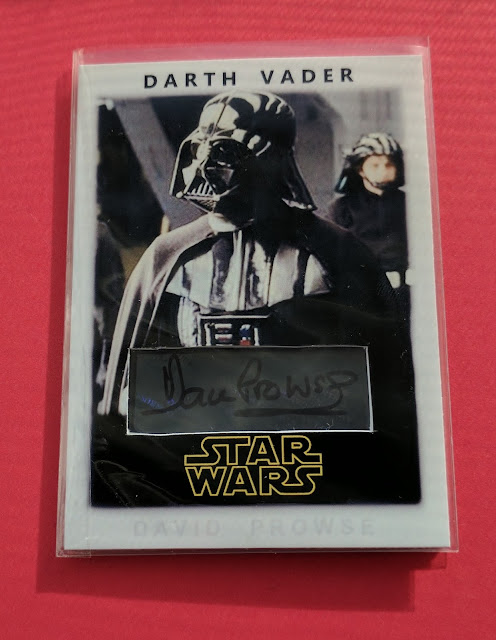 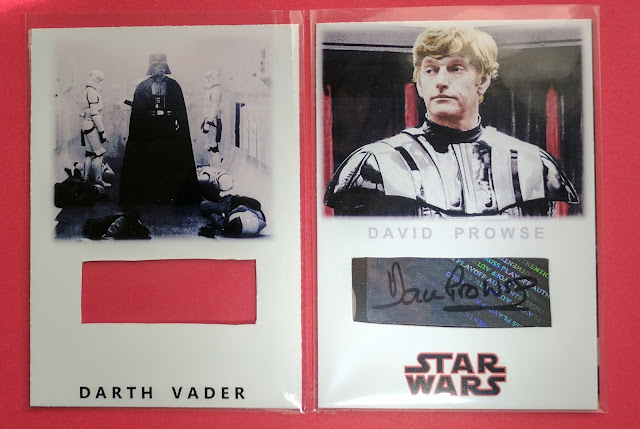 The man behind the mask!

David Prowse has a very nice signature, though it definitely loses some of its splendor when constricted onto a small sticker. But hey, it would have cost me about 3 or 4 times as much to get an on-card Star Wars auto, so I'm ok with a sticker in this instance.
FYI, he also sells personalized autos on his website.
The other imperfection to mention with my custom are the windows for the auto. I don't have any fancy tools for cutouts, so I just freehand it with an xacto knife, resulting in somewhat sloppy windows. Maybe someday I'll figure out a solution and re-do it. (Any suggestions?) 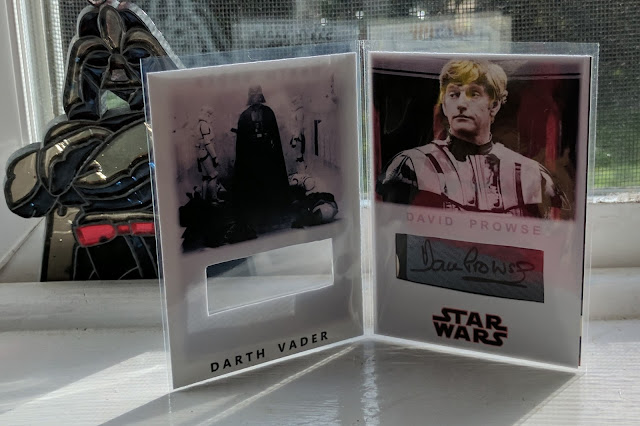 The "booklet" is really just a couple penny sleeves taped together, but it works. 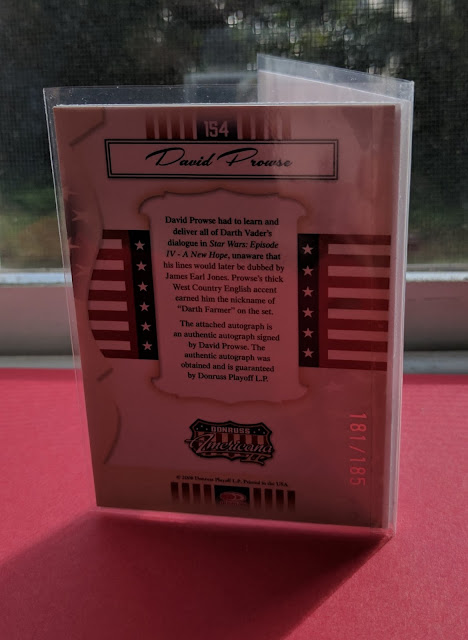 Here's the back. As with all my custom overlays, the original card is untouched underneath.. in case I ever decided to re-do it or want to sell the original card or something. Maybe someday I'll get a James Earl Jones auto and make it a dual-auto Darth Vader booklet card.. that'd be cool. 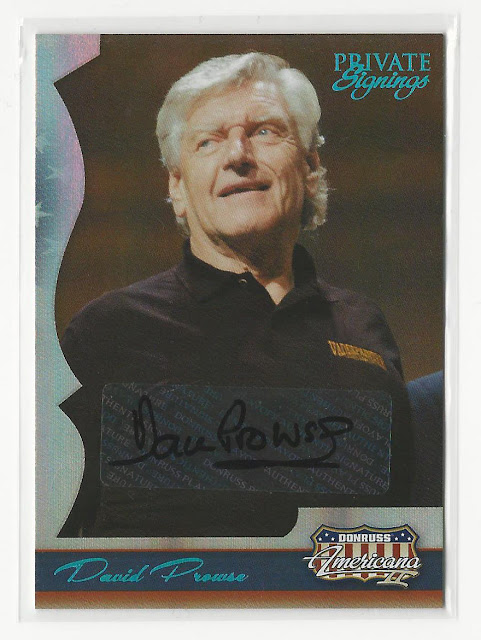 There's what the original card looks like. Having a dark background under the sticker wasn't a smart design choice by Donruss, so the auto doesn't pop very well off the card. But again, it was the cheapest David Prowse pack-certified auto card I could find, so I went with it. 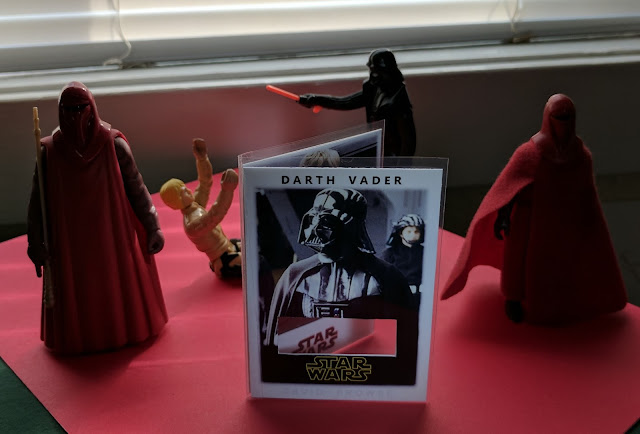 While I don't want to really jump too hard into the deep end with collecting Star Wars cards/autos, I think I'm going to at least dip my toe in a bit. See, we're both turning 40 this year, Star Wars and I, and in some way it helps to go into this holding the hand of a beloved multibillion-dollar franchise. 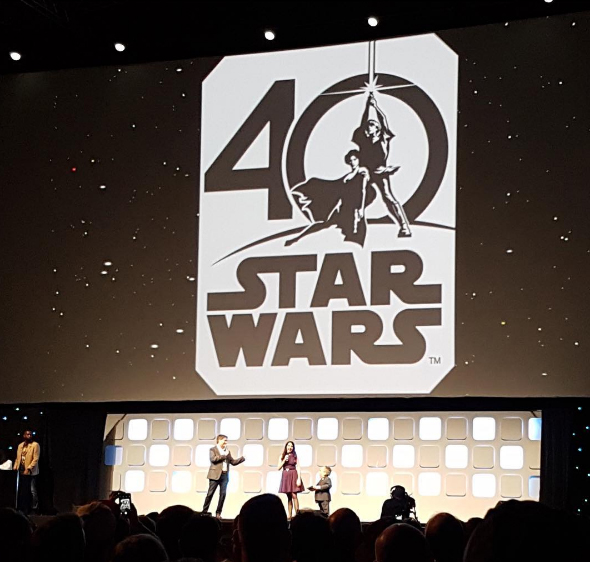 Trudging over the hill... together.
Posted by defgav at 1:30 PM