Wishing a very Nice 69th Birthday to Bill Madlock! Recently scored an awesome addition for my Mad Dog PC: his only true card as a member of the Texas Rangers.

Shoutout to GCA for giving me a heads-up about the existence of this set through a recent blog of his. I was aware of early 90s "all-time team" sets for the Dodgers and Orioles-- where over the course of a few series, often available as stadium giveaways, the team puts out cards featuring almost every player who ever played for the franchise up to that point-- but was unaware there was one for the Rangers out there.

One of my top-tier PC guys is Bill Madlock, and a "ghost whale" of mine (ghost whale n. a dream card for your collection that you're not sure if it even exists or not) was to get a real card featuring Madlock on the Rangers. He first came up with them, but was traded away to the Cubs before his first baseball cards were made. I checked on TCDB and sure enough, I found that he's included in the '93 Keebler Ranges set. In hindsight, I should have checked TCDB long ago and I would have found out about this card sooner, but alas! So yeah, like a pig hunting for truffles, I sniffed out what I was after and added it to the PC. 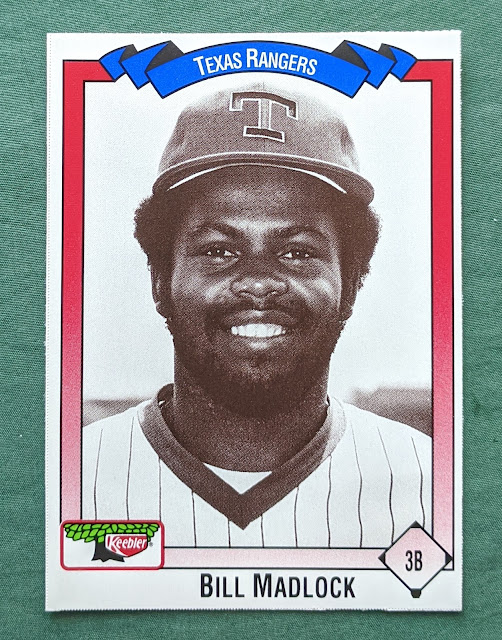 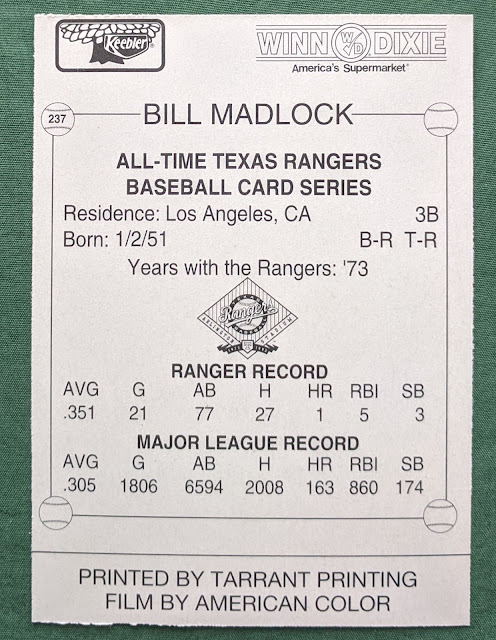 The backs of his cards often erroneously gave Madlock's birthdate as 1/2, but as he's confirmed for me on Twitter (squee!! I had an interaction with Bill Madlock!), it is in fact 1/12.

These cards come in perforated sheets of 9 cards, so forgive the rough edges. I ended up with a lot of 2 series of the set, and though I was really only after the Madlock, there were a few more keepers for my collection. Bonus! 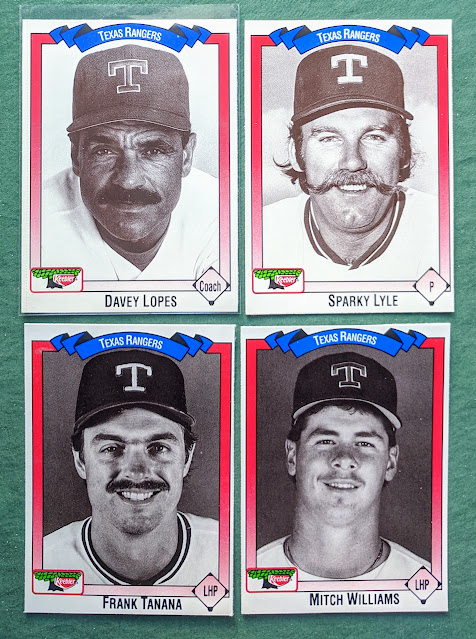 Here are some highlights of the "trade bait" cards available. I had been excited thinking I'd have a Lopes oddball that gcrl needed, but then I looked at his list and seems he already has it, so it's up for grabs.

More available. GCA gets first dibs if there are any PC guys of his since I've got him to thank for tracking these down.

And more cards up for trade. Any guys you collect in this bunch? Just let me know. I don't need them. 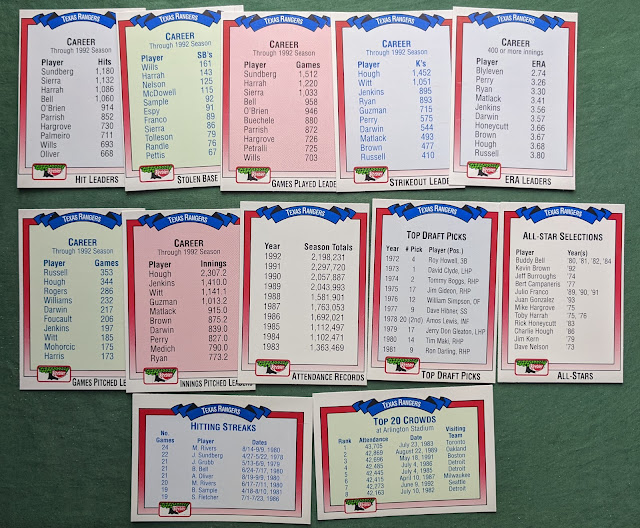 The set ends with these photo-less cards of team records. Not the most "collectable" things as they don't have pictures. Perhaps I could shoehorn some of these cards into my PCs for the likes of Julio Franco who are listed. BTW, Al Oliver holds the team single-season record for games played with 163 in 1980 (listed on the back of the all-time games played card).

When I said at the top of the post that it was the only true card as a member of the Texas Rangers, it's because I discovered he's also got this oversized card from 1993 Upper Deck All-Time Heroes B.A.T. Triple-Folders. I'd consider this card a Pirates card primarily, though the smaller photo featuring young Bill with Texas is pretty cool. I don't have this one in hand yet, but have now snagged it on COMC for a buck and look forward to shipping out my next COMC order in the next few weeks sometime. 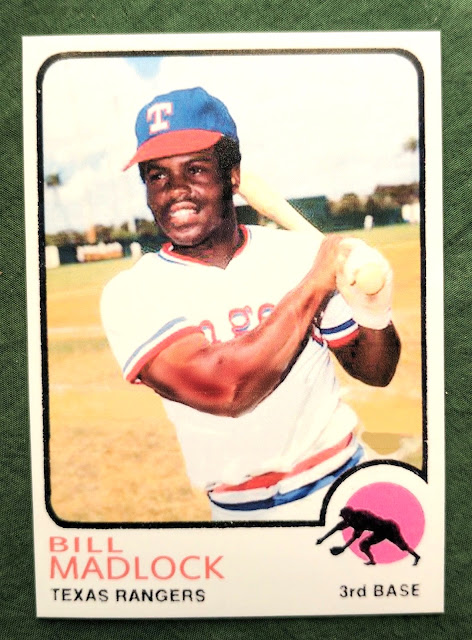 And of course I got this '73 custom I whipped up a few years back. 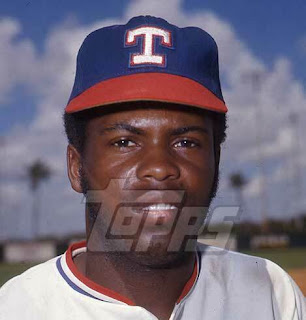 Under-represented short-term stops of the main guys I collect is one of the funnest niches of my collection. (See also McCovey on the A's). Just love seeing my favorite players in real yet unfamiliar uniforms! Blows my mind.. lol. 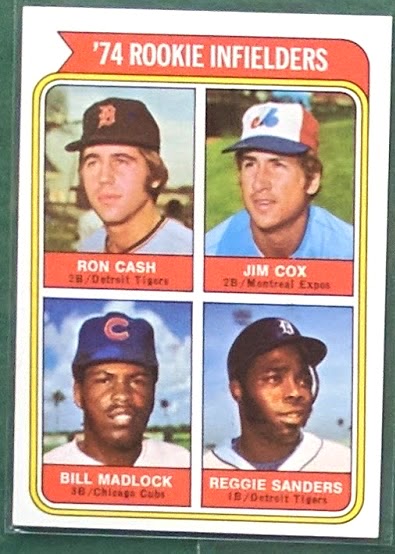 Airbrushed into a Cubs uniform on his rookie card.. so a mythical Rangers card is highly valued to me. Cool that I've been able to get that lost stint reasonably represented in my collection now!
Posted by defgav at 4:38 PM