The Simpsons card set that SkyBox put out in 1993 seems like a fun product. Fellow cardblogger Mario A. recently named it the best of '93.

While the Simpsons is an all-time favorite TV show of mine, I've never messed much with the cards they put out in the 90s and early 00s. Maybe 2020 is the year I get around to building those sets.

But at least I've now completed a tiny niche that most interested me: the glowing inserts from the 1993 SkyBox set. There are 4 unnumbered, untitled cards each marked on the back as "Your Genuine Bart Simpson Glow-in-the-Dark Happy Card". Let's take a look. 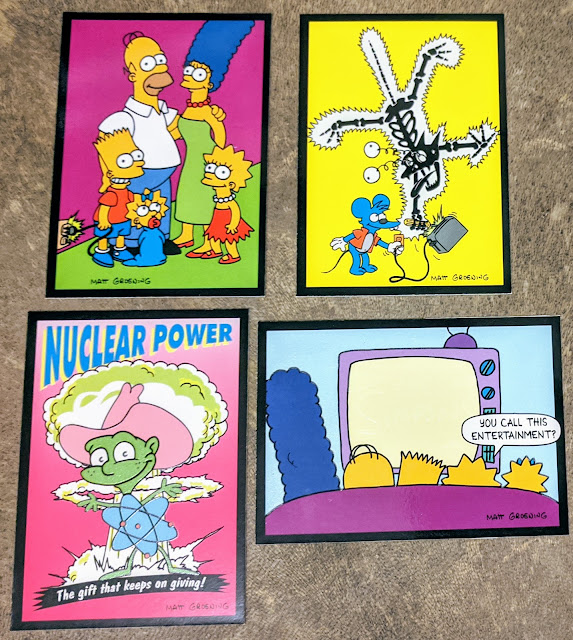 Here they are in the light. 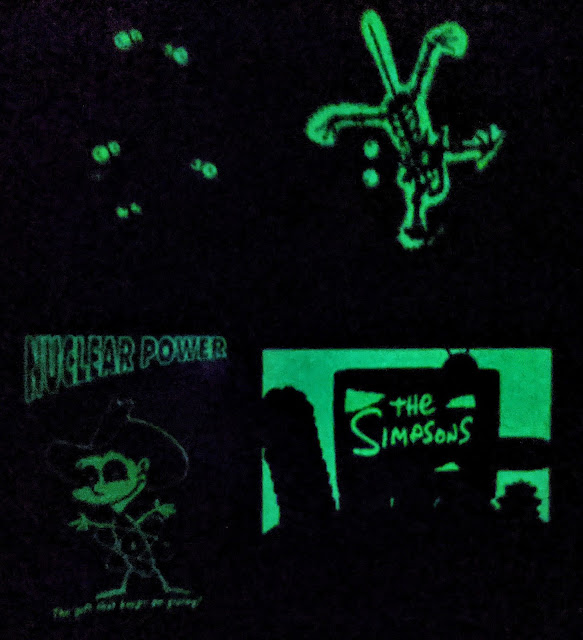 Here they are in the dark. I think the TV one is the best. 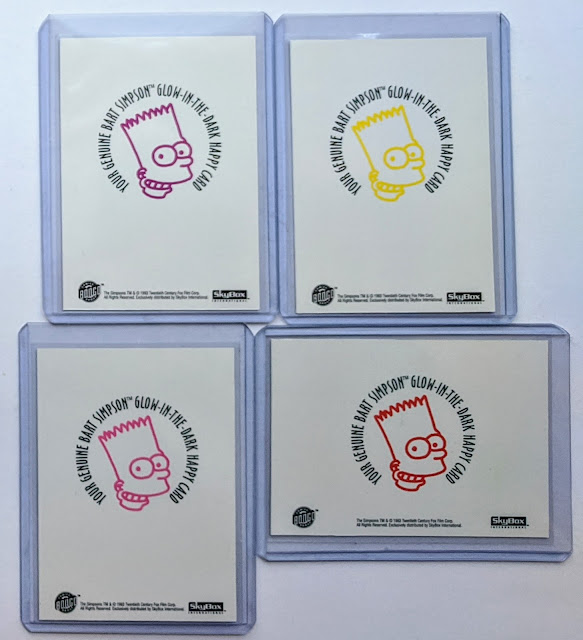 The backs are all the same except for the color of the Bart drawing.

Anyhoo, I love the Simpsons. I'm one of the crazy die-hards who still watch the new episodes and don't think they're all that bad, generally. Sure, they can't hold a candle to the glory years of the show, but still better than most stuff on TV today. Now that we've got Disney+ we've been hitting a few of the classics. I own the first 14 seasons on DVD, but it's convenient to be able to get an episode playing without leaving the sofa. Sure hope Disney fixes the aspect ratio on the old episodes though-- they zoom in and stretch it to create a fake "widescreen" presentation while cutting off the top and bottom of the picture. Not cool.

Oh hey, don't forget to check out the LIST OF KNOWN GLOW-IN-THE-DARK TRADING CARDS to learn about the other fascinating glow-in-the-dark cards that are out there.

I'm getting over a nasty stomach flu (rough way to ring in the new year!), so sorry if I'm not bringing my A-game today, lol.
Posted by defgav at 4:16 PM