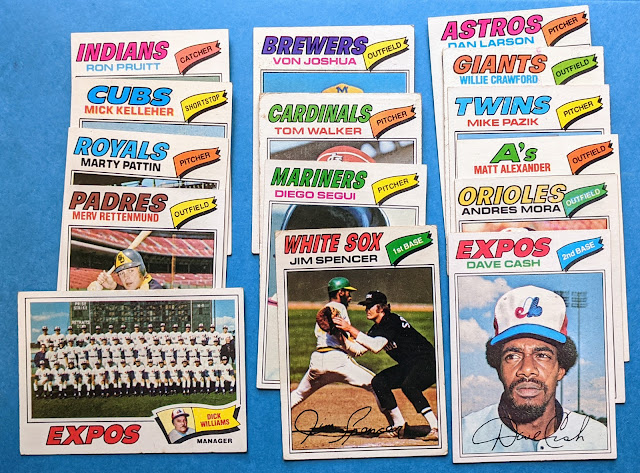 John Miller sent me a nice surprise bubble mailer to thank me for the cards n' customs I sent him recently. Nice lot of '77 Topps here to bump me past the ⅓ complete mark with this set. Funny thing is these are all "high numbers". To clarify, the set is all one series together, but the cards John set are all from the tail end of the set (like 640-660). Sure, why not! 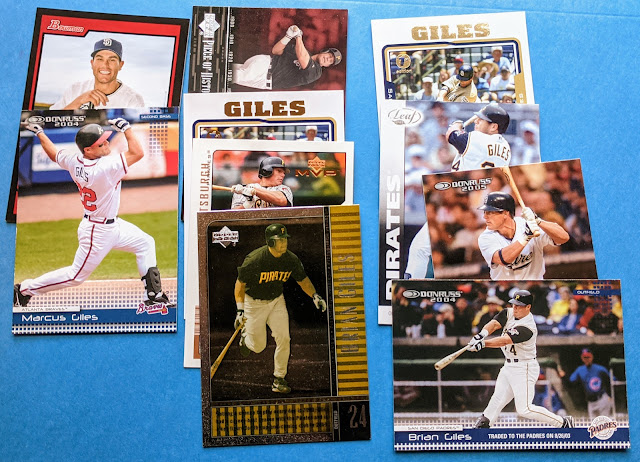 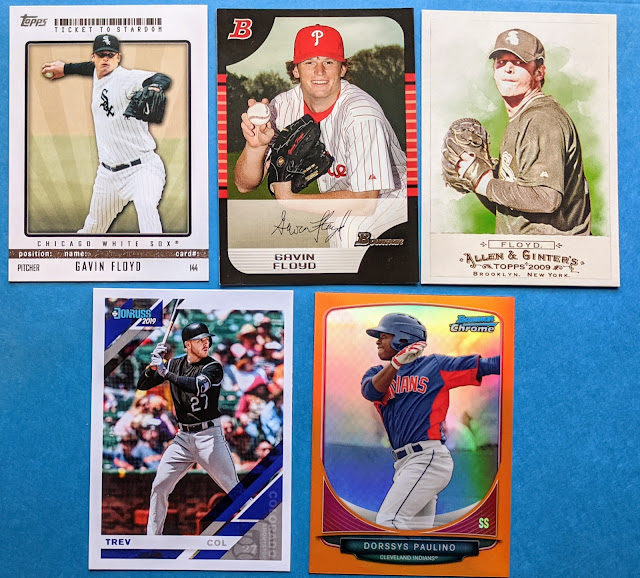 I tell John I'm good on Gavin Floyd base cards and that he can stop putting them aside for me, but he just shouts "NEVER!" and keeps 'em coming. Hey, better to have too many than not enough, right? The "Trev" is cool too. As for Dorssys Paulino, he made it as high as AAA for 4 games in 2018 but now appears to be out of the game. Still though, it's a lovely orange refractor and has a cool surprise on the back... 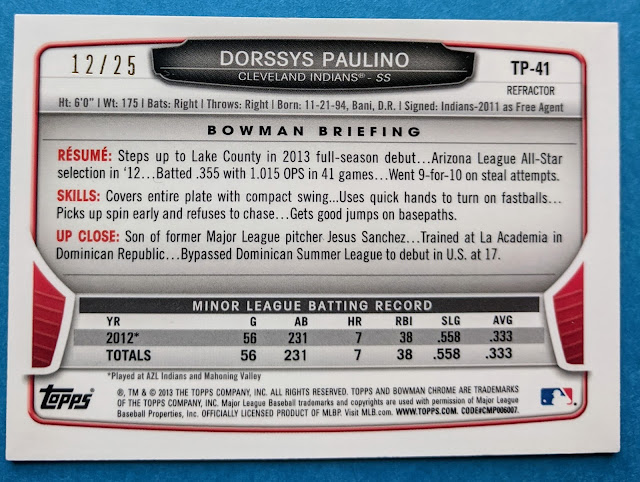 Thank you for another great bunch of cards, John!

Now here's one from Bru. For the past few years, we've been exchanging little blind trades.. He ships me a few Padres and I ship him a few Astros. 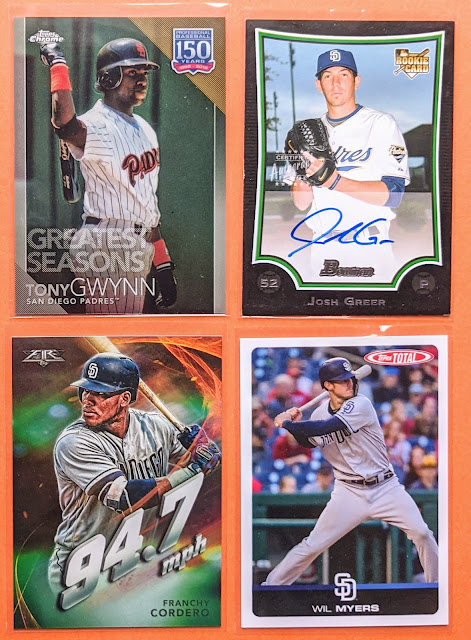 Always happy to add a new Gwynn to my #1 PC. The Josh Greer autos is neat.. though I can't find him on baseball-reference nor thebaseballcube.com.. my go-to sites for looking up players. I even tried Joshua Greer.. still nothing. Oh well, I'll assume he flamed out in the minors since this is an old enough Bowman design to where if I haven't heard of the guy by now, he didn't make it. But still cool. UPDATE: ok, looks like his name is really Josh Geer! Poor guy had to sign a big stack of cards containing a blatant typo in his name right there on the front.. ouch. I'd have told Topps to suck it, personally. Well, the good news is at least he got to pitch in 129.2 MLB innings (2008-2009) before he hung them up, so that's something. 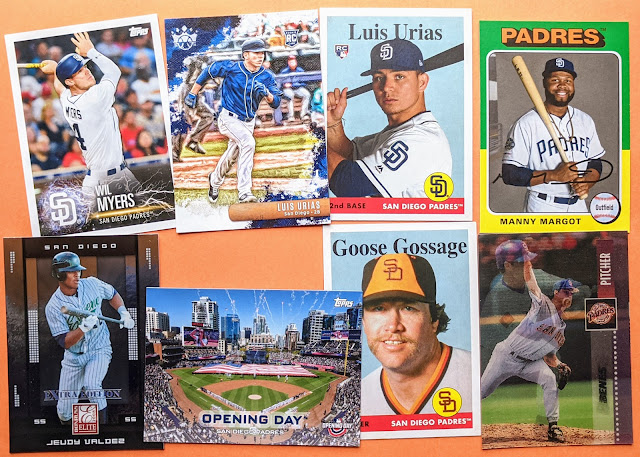 A few more Padres along for the ride.

Hey, you hear about Kobe Bryant? Such a tragedy. My Sunday morning started out great when I secured a sweet deal with someone for some special cards I was VERY interested in, and I was literally dancing around the house with joy. Then a little while later, the news of the helicopter crash got to me. Could hardly believe it was real. Really cast a dark shadow over the day that still lingers. Just an incredibly sad event all around. 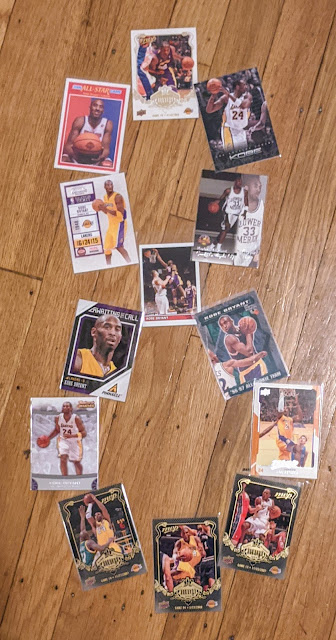 Here are the Kobe cards in my collection arranged in an "8".. my tiny tribute to a huge legend.

I've never been to a basketball game in my life (maybe someday), though after last Thursday I can at least say I've seen an NBA player in person.

We had our annual work conference thing at a hotel near the office and it so happens the Mavericks were staying in the same hotel, in town to play the Blazers. As I was leaving for the day, I noticed some dudes hollering at a tall guy for an autograph who seemed to be courteously trying to oblige as many of them as he could. Turns out it was one of the biggest names in the game right now, Luka Dončić! I immediately went to join the small group of dudes, pulling out the black sharpie I always have in my pants pocket and trying to think what I could have him sign. I guess a dollar bill if nothing else. But it was moot, as before I had the chance, a team handler guy quickly pulled Luka away and pointed him onto the bus waiting in front of the hotel. I snapped a photo just in time to catch his back on the bus. In hindsight, I should have maybe just settled for trying to get a high-five rather than hang with the autograph hounds (Afterwards I heard a couple of them complaining how crappy their autos turned out, the pens adversely affected by the wet weather, no doubt), but it was still cool to get an in-person look at a rising superstar.
Posted by defgav at 6:10 PM